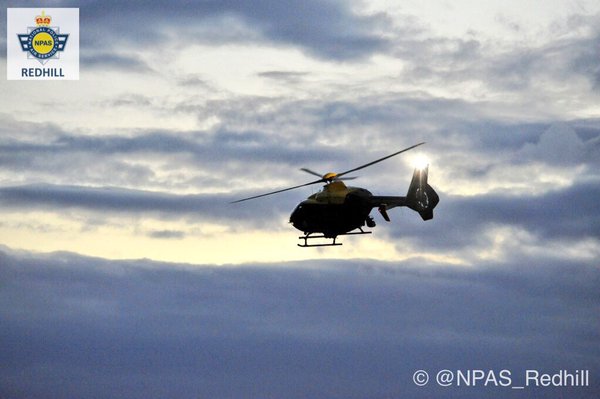 The police helicopter was up above Brighton and Hove again last night – but this time, it was searching for a missing person.

NPAS Redhill was spotted hovering above Hove on Tuesday night after it noticed a car driving suspiciously.

When it appeared in the skies above the city for a second night running, some people questioned if it was being sent up to keep an eye on us during the lockdown.

But today Sussex Police said it had been scrambled for unrelated reasons.

A police spokeswoman said: “The NPAS helicopter was searching for a missing person in Brighton last night. The person was found a short while later.”