Adjusting to life in lockdown is taking its toll of people living with learning difficulties, according to a Brighton and Hove charity. 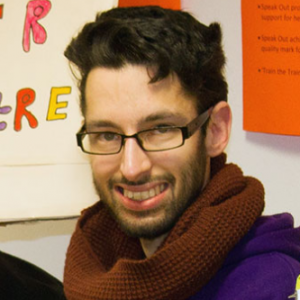 The charity, Speak Out, has set up a helpline offering advice and support for people struggling to understand what they can and cannot do, as well as providing online social activity.

Speak Out has had to adapt in the current climate as it usually offers advocacy services as well as drop-in groups for people with learning difficulties.

It has shifted to online and telephone work to reach out to people needing it services.

Rohan Lowe, a member of the organisation’s Being Heard in Government Group, is concerned for those who struggle to understand rules on social distancing or whether they can go out to buy food.

Mr Lowe said that the Prime Minister’s letter to every household in the country was “inaccessible” to many of the 6,000 people with learning difficulties in Brighton and Hove.

He said: “People might not understand the new rules – for example, one person called Speak Out asking how they could get some food. They didn’t know they were allowed out to buy food and had run out.

“Equally, other people have told us things that make us think they do not understand the importance of social distancing. They are still visiting friends and neighbours.”

Access to the internet is out of some people’s reach.

For those who work, the shift to home working or being furloughed causes problems with anxiety and loneliness if they have little or no support.

Mr Lowe said: “The whole process is asking a lot of people who are used to their normal routine. They’re being asked to stay at home for a long period of time. It’s making people’s emotions come to the fore.”

He added: “Some people don’t have very good networks of support anyway.

“They may struggle with isolation. (They) may not have anyone to call on. They might lose support for important skills and activities like shopping.

“Shopping is another problem. Most people with learning difficulties do not have access to online shopping.

“Routines may be gone. Some people rely on routines. Their mental health might suffer without them. People are familiar with doing things each week or day.”

Many people involved with Speak Out are joining in Zoom chats and drop-in sessions to help combat loneliness as well as find the information they need.

The organisation has also set up a helpline for those who need support over the phone on 01273 421921.

Anyone seeking support for a person with learning difficulties can find more information on Speak Out’s website at www.bhspeakout.org.uk.