A £100,000 rescue package has been agreed to fund much-valued courses for adult learners in Brighton and Hove.

The one-year lifeline was agreed by councillors after they were told that the Friends Centre, which currently runs the courses on behalf of the council, had run into significant financial difficulties.

Brighton and Hove City Council will bring the Friends Centre’s community learning and adult skills courses “in house” from August.

And while the move was agreed by all three political parties – Labour, the Greens and Conservatives – some councillors had questions and concerns.

They wanted to know why they were only told about the crisis late last month when the Friends Centre had approached officials in January.

And they had concerns about putting £40,000 from the council’s ringfenced Housing Revenue Account (HRA) into the rescue package.

The HRA – funded by council tenants’ rents – will support the highly regarded Neighbourhood Learning in Deprived Communities (NLDC) work in Whitehawk and in Hangleton and Knoll.

The Friends Centre’s problems have been growing for some time, with the charity making a financial loss for at least the past six years. In particular, the loss of direct funding from the Education and Skills Funding Agency two years ago is understood to have undermined the Friends Centre’s financial model.

It has had to draw on its reserves and, according to a council report, had reached a point where it faced “the risk of closure”.

But the government has committed £570,000 to adult learning and skills in Brighton and Hove in the next academic year. The council believes that the budget should be £750,000 and will look to make savings.

With the economic and financial costs of the coronavirus crisis mounting, councillors regard the courses as more crucial than ever as many of them help people without jobs to become more employable. 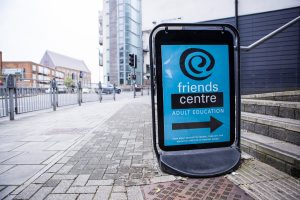 Officials won agreement at a “virtual” meeting of the council’s Housing Committee for £40,000 towards the bail-out last Wednesday (29 April).

And the next day the council’s Policy and Resources Committee agreed to make up the rest of the adult learning rescue package with £61,000 from the council’s general fund.

Staff will transfer to the council which is likely to retain the Friends Centre branding. It also wants to rent the current Brighton Junction premises, in Isetta Square, New England Street, Brighton, for the coming academic year.

But it is unlikely that the council will want to retain the lease on the building which is owned by the housebuilder Crest Nicholson.

Officials flagged up the financial risks to the council but said that they were concerned that it might not prove possible to find another adult learning provider willing to take over.

With changes at the Whitehawk Inn three years ago and the loss of the Bridge adult education centre two years ago, the pool of potential partners had shrunk. 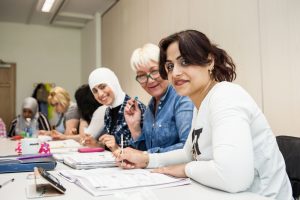 The Friends Centre was rated good by the education watchdog Ofsted in February and helps more than 1,000 people a year including refugees as they learn to speak English.

Labour councillor John Allcock said: “We absolutely need this service in our city as it’s vital to sustain and develop adult skills.”

Councillor Allcock said that it was important for the older age groups – over fifties – and for the long-term unemployed, especially those “considered to be the furthest from the labour market”.

“It outgrew the original site at the Friends Meeting House in 2005.”

Councillor Allcock added: “We know this service is of good quality and provides value for money.

“The Friends Centre trustees wrote an unsolicited letter to me a week ago stating that they have unanimously agreed to support the proposal in front of us.

“They believe that this outcome would be in the best interests of current and future learners – and their staff.

“If the service is brought ‘in house’, a review of operational costs will start immediately. We will also look for income-generating opportunities from existing services.

“It is our intention moving forward that service delivery costs do not cost more than the income generated.

“There are risks to this decision that are clearly highlighted in the report, such as year-to-year government funding, staff (financial) liabilities and future accommodation issues. 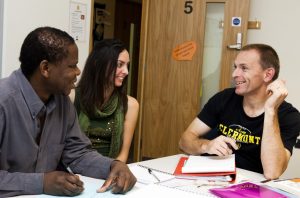 “The committee must seriously weigh up these against the benefits of the service and be assured that they can be mitigated as much as possible.

“I’m convinced that we should follow through on this proposal as the loss of this service, that is both vital and performs well, as well as the significant government funding would be unforgivable.

“Finally, I would like to thank the Housing Committee for agreeing a contribution of £40,000 to support the fantastic NLDC projects in Whitehawk and Hangleton.

“I’m also sure you will join me in offering the committee’s gratitude to the Friends Centre staff and trustees for their fantastic contribution over the last 75 years to education and learning in this city.”