Wanted woman from Brighton arrested and brought before court

A Brighton woman who was wanted on suspicion of burglary and fraud has been brought before a court. 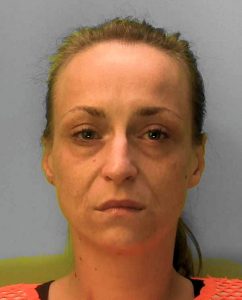 Toni Deerans, formerly of Preston Road, Brighton, was taken into custody just days after Sussex Police said that it was offering a £500 reward for information leading to her arrest.

Deerans was held after a member of the public contacted the force.

Sussex Police said: “Toni Deerans, 37, who was wanted for burglary, has been arrested and charged with eight offences.

“She was wanted by police in connection with several burglaries in Brighton and Hove and for failing to appear in court – charged with burglary – on (Friday) 20 March.

“Deerans was arrested in the Brighton area on Thursday (7 May) after police received a call from a member of the public with information regarding her whereabouts.

“Deerans appeared before Brighton Magistrates’ Court on Saturday (9 May) and has been remanded in custody.

“She is due to appear again in court on a date to be determined.”