Brighton’s ugliest office block to be brought back before planners

The office block once dubbed Brighton’s ugliest building could become “build to rent” flats if new plans are approved.

Permission has already been granted to demolish Anston House, in Preston Road, and replace it with three blocks of flats up to 15 storeys high.

The owner, First Base, has planning permission to build 229 flats as well as offices and shops.

Now, the builders, Henry Construction Projects, has applied to Brighton and Hove City Council to amend the planning permission for the scheme.

The aim is to create a “build to rent” scheme, with a request for the 30 “affordable” homes agreed in the current planning permission to be “delivered by alternative means”.

A report going before the Planning Committee next week said: “The developer has advised that the reduced profitability is unlikely to be fundable and therefore undeliverable in the current economic climate which is compounded by continued uncertainties within the housing market.

“On this basis, the developer proposes that the scheme be brought forward as a build to rent development.”

Under the current agreement, 13 “affordable” homes would be available for rent at 80 per cent of the market rate.

The other 17 “affordable” homes would have their rents capped at the “local housing allowance” rate, the rate of housing benefit paid to people renting from private landlords.

Council planning officials asked the government’s District Valuer Service to review the the scheme and the DVS said that it could not viably provide more affordable homes.

The idea of switching from a conventional scheme to a build to rent scheme was mooted in May last year when Henry Construction Projects reviewed First Base’s original plans.

It proposed reducing the height of the towers as well as the size of some of the flats. 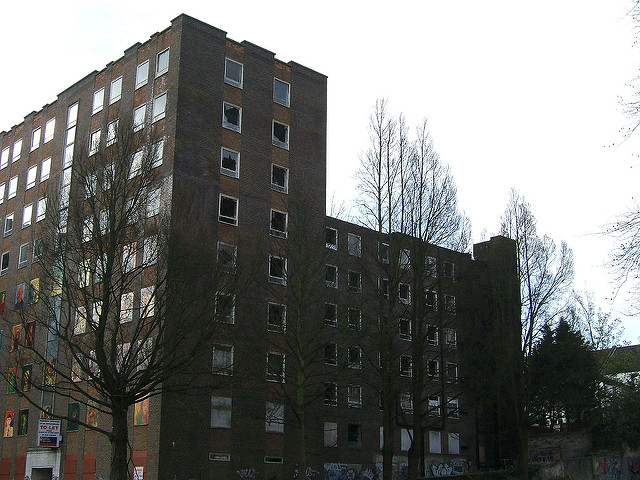 The proposals going before the Planning Committee next week include a 15-year covenant to keep the flats as rental homes.

Tenancy agreements would last for at least three years, with a break clause of one month after six months. And 5 per cent of all units would be accessible.

The application was mentione at the “virtual” council Planning Committee meeting on Wednesday 20 May.

But Councillor Tracey Hill, who chairs the Planning Committee, said that the matter would be deferred until the meeting on Wednesday 10 June so that members could have enough time to look over the papers.