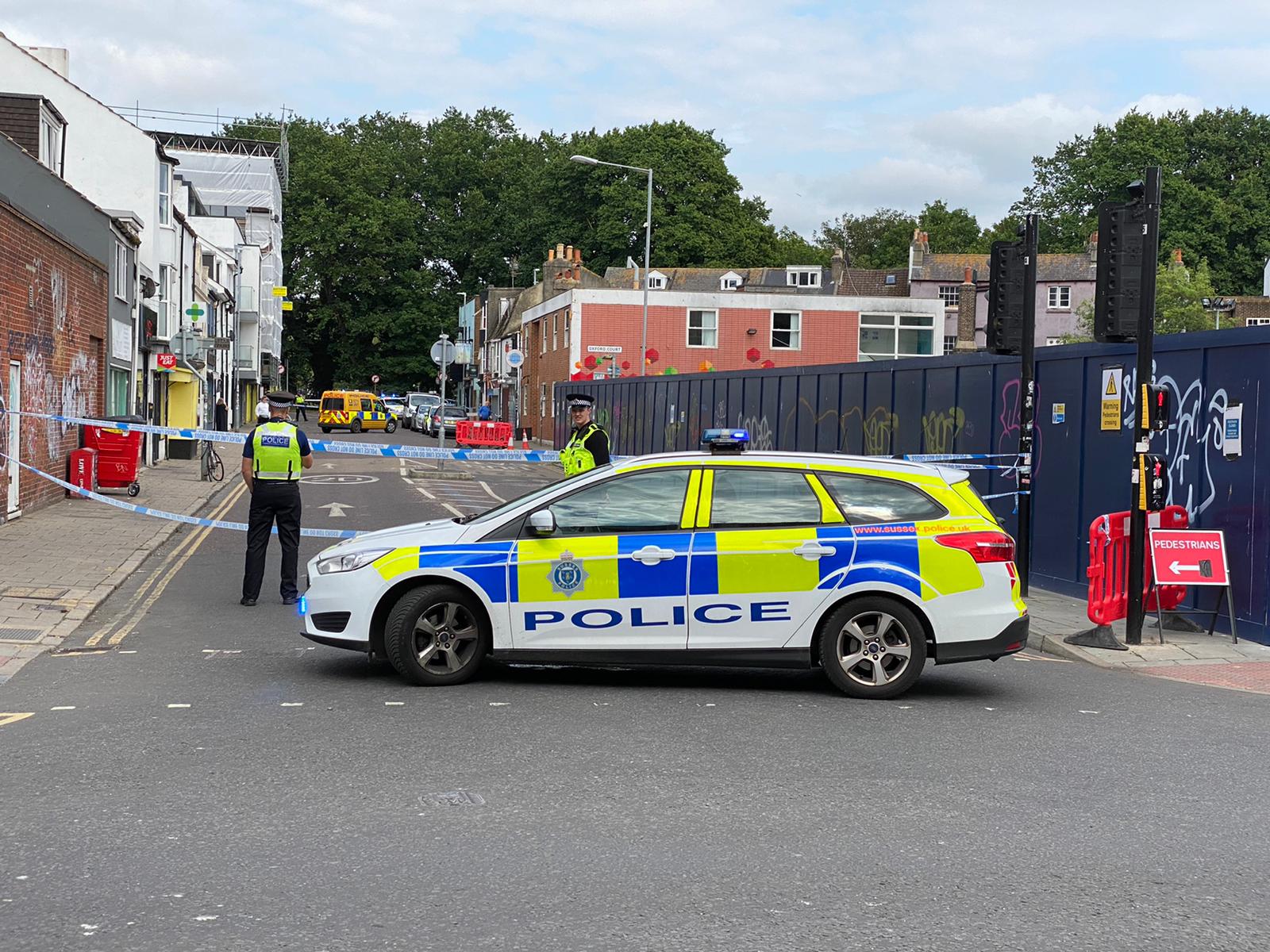 A busy Brighton street has been closed and a man arrested after another man was seriously injured this afternoon.

Police were called to reports of a fight between a group of men in Oxford Street at about 3pm this afternoon.

A 29-year-old man later presented himself at hospital with a serious injury.

The road has been cordoned off at both ends and a police CCTV van is parked halfway down while officers stand by the police tape.

Buses are being diverted while the road is closed.

A spokesman for Sussex Police said: “Police are responding to reports of an altercation involving a group of males in Oxford Street, Brighton, at around 3pm on Thursday (11 June).

“Inquiries are ongoing and no further details are currently available.