A developer has been granted planning permission to add an extra floor to a Hove office block being turned into flats. 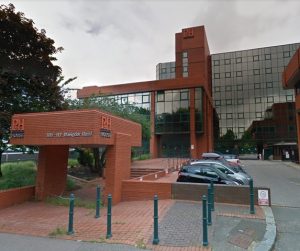 The developer, Stonegate Homes, already has planning permission to convert the building into dozens of flats.

By adding an extra storey, the company can include eight more homes.

Stonegate also has permisso for a three-storey front extension to create an extra 298 square metres of office space as part of the revamp.

Conservative councillor Carol Theobald was the lone voice against the project.

She said: “The thing I don’t like is putting another floor, taking it up to six or seven floors. It’s tall enough as it is.”

Campaign group Hove Gold has opposed high-rise developments in the area, including in neighbouring Lyon Close which backs on to the site, and the former Hyde Housing office next door.

The business collapsed in 2018 with debts of £700 million, having called in administrators in 2017.