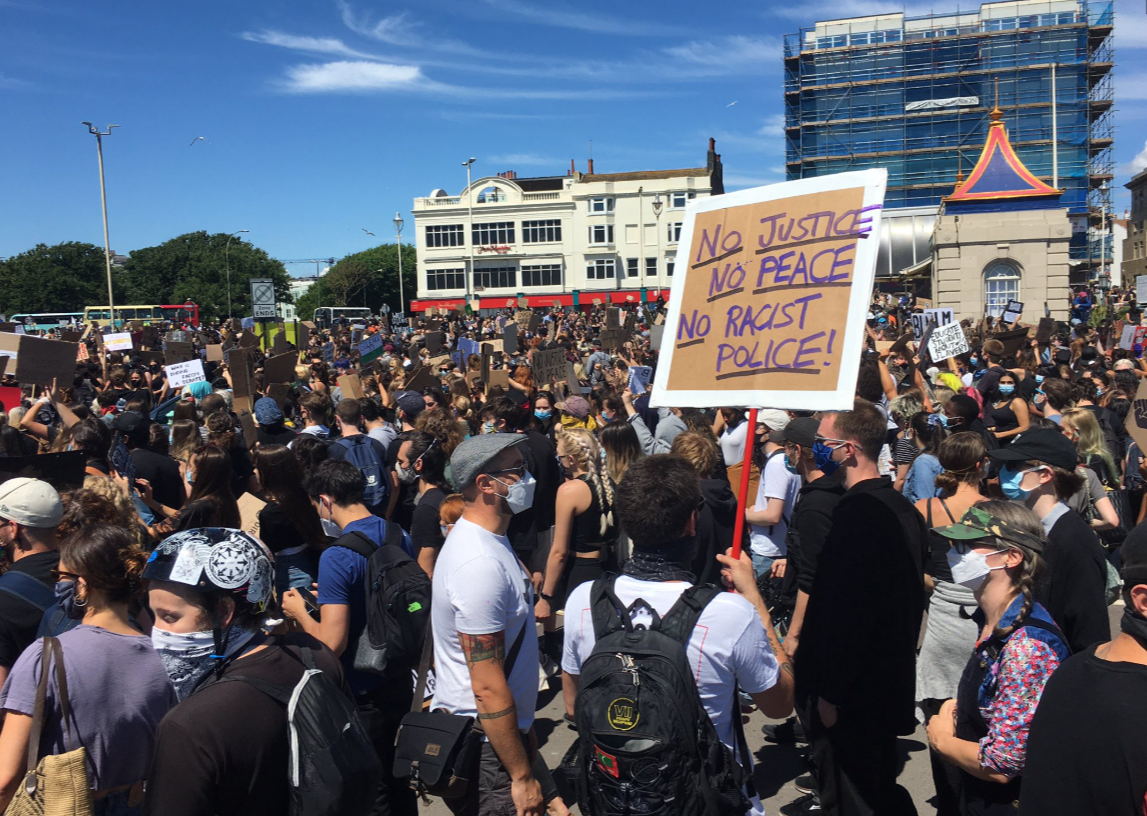 One of the city’s fastest growing petitions asking for Brighton and Hove to be declared an anti-racist city will be debated next week.

The petition took just two days to reach the required 1,250 signatures to trigger a debate by city councillors.

Mo Kanjilal, co-creator of Watch This Sp_ce and Allegra Chapman set up the petition on website Change.org, saying they welcome the council’s June statement to be anti-racist, and asking the authority to make this a city-wide declaration.

They say this would drive inclusion, embrace cultural diversity and encourage equal opportunities by communities working together.

“Brighton has the spirit to lead the way in being the beacon city for anti-racism and true empowerment to black people and people of colour, as it has shown for our LGBTQIA+ community.”

The petition lists nine points of action for the Brighton and Hove City Council.

It asks the city council use the term People of Colour (POC) when referring to people who are targets of racism because they are not white.

In schools, it asks for two parent governor positions for POC, and to ensure safe, anti-racist, non-hostile environments are created for children and staff.

It asks for an anti-racism adult education programme, through specialised theatre education.

Businesses in the city should not purchase services from providers who have not demonstrated their anti-racist policies.

A second paid position on the council’s BME Worker’s Forum, would take on an active role in driving change.

The city council should host the RISE festival, an anti-racism festival last hosted by the Mayor of London between 1996 and 2008.

It asks the city council to conduct an inquiry into Sussex Police practices which disproportionately target and impact Black people and People Of Colour. Particularly the practice of Stop and Search.

Information about People of Colour in Brighton and Hove should be made available on a website along with a history of anti-racism in the city.

It calls for an end to sponsorship of council managed spaces by brands that support “racist” policies.

The petition cites the i360 (which is not a council managed property) because of sponsor British Airways’ contract with the Home Office to transport failed asylum seekers who are being deported.

Ms Kanjilal said: “This petition was a huge effort of lots of local People Of Colour in the city who work across many sectors. It took us two days to get to 1,250 signatures – we hoped people would back and support this, and we want to say a huge thanks to everyone who signed and shared.

“This petition responds to the council’s anti-racism statement from 12 June and asks them to take this a step further to declare the city as an anti-racist city and lead the country.

“We believe this builds on the history and spirit of Brighton and reflects the ideals of what people want for this wonderful city.”

To read more details about the petition visit www.change.org/p/brighton-hove-city-council-declare-brighton-hove-to-be-an-anti-racist-city.

A petition calling on the authority to release biannually information on its Ethnic Minority Pay Gap within Brighton and Hove City Council’s employees.

This petition is on the council’s website at brighton-hove.gov.uk.

Petitions go before the full city council meeting due to be live-streamed on the authority’s website from 4.30pm on Thursday 22 July.