A Kemp Town man has been jailed for burgling one home and trying to burgle another in Brighton. 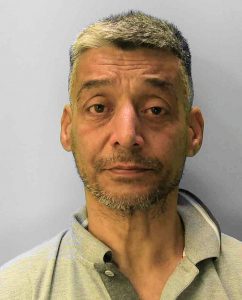 Mark Thursting, 57, unemployed, of Lower Rock Gardens, Brighton, was jailed for five years when he appeared at Lewes Crown Court on Wednesday (15 July).

He pleaded guilty to charges of attempted burglary and burglary with intent to steal when he appeared at the same court on Friday 10 July.

Thursting was arrested on 11 June by officers investigating reports of a break-in at an address in Queen’s Park Road.

Sussex Police said: “Police had been called around 11am by a woman who came home to find a man inside her property.

“The man left when the woman called for help from her neighbours and, while nothing was stolen, some damage was caused to the property.

“A few minutes earlier, police had received a call from another resident in Queen’s Park Road to report a man behaving suspiciously outside her property.

“The man had been seen looking in the house’s front window and ringing the doorbell before leaving and returning 10 minutes later to try to put something through the letterbox.

“He was disturbed by the occupant of the home and left moments later.

“Thursting was arrested later that day after being seen on CCTV to match the description given by both victims and witnesses to police.

“He was sentenced to five years’ imprisonment for each offence, to run concurrently.

Detective Police Constable James Botting said: “Mark Thursting is a prolific offender who causes great distress to members of our community by breaking in and intruding in their homes.

“We’re pleased to see the sentence takes into account his persistent offending and that it will see him taken off the streets for a good length of time.”