Resplendent in new all blue shirts, as the Seagulls ditch the stripes for the first time since 1987, Albion are level 1-1 with Burnley at Turf Moor at half time. 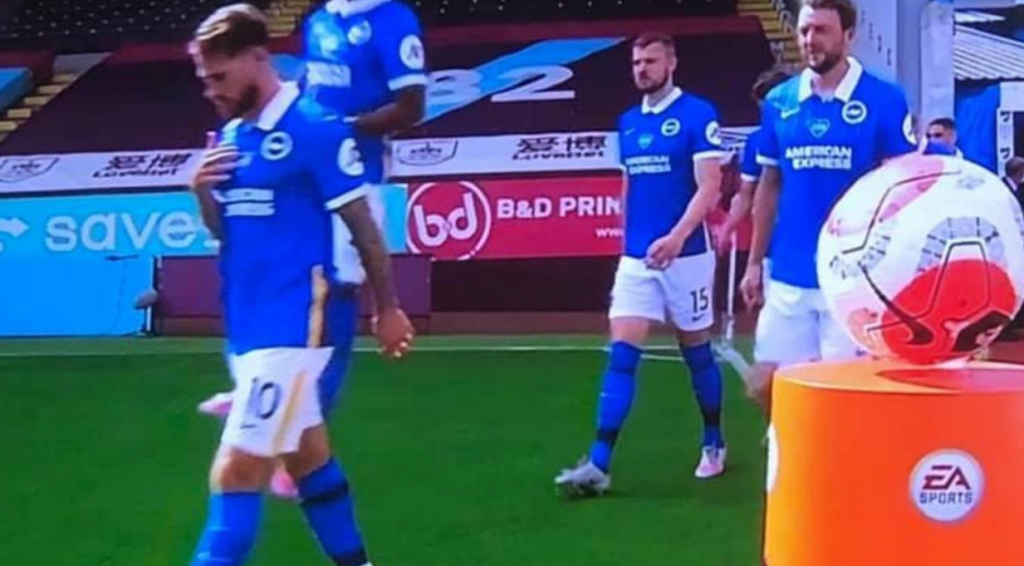 The Seagulls went ahead with a super strike from Yves Bissouma, from outside the penalty area, ruining Burnley keeper Nick Pope’s hopes of the golden glove.

Alexis Mac Allister had a great chance to double Albion’s lead but fired straight at Pope.

Neal Maupay then hit the bar from a Tariq Lamptey cross and Aaron Connolly put the rebound wide with an impressive overhead kick.

Burnley levelled just before half time.

Former Albion loanee Chris Wood, who played for the Seagulls at Withdean, broke clear of Lewis Dunk and Dan Burn.

He placed his shot past Maty Ryan to make it 1-1 at the break.

There may not have been any controversy on the pitch so far but there’s been plenty on social media and it’s all about those 1983-style Albion shirts.