One of the thugs who was jailed for a racist attack on a Korean student in Brighton has been sent back to prison for beating up his own mother. 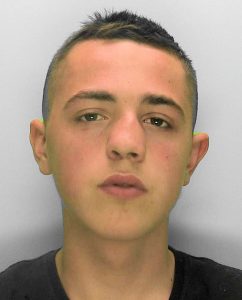 The presiding magistrate Robert MacRowan said that Barrett was going back to prison because the offence was so serious.

It was aggravated because Barrett attacked his mother in her home in front of a five-year-old child.

Mr MacRowan said that he had taken Barrett’s guilty plea into account when passing sentence.

Barrett also admitted causing criminal damage to a wall at the property as well as to a fan, mobile phone and television.

He was ordered to pay a victim surcharge of £128.

The young thug was jailed for his part in a racist attack on a Korean student in Brighton in October 2017.

He and another teenager, Bradley Garrett, set upon Yehsung Kim who needed dental work costing more than £2,000 after they threw a bottle which hit the language student’s face.

Mr Kim asked why they had thrown the bottle and Barrett said: “Because you’re f***ing Asian.”

He continued to launch a volley of abuse at Mr Kim, most of which he didn’t understand other than the repeated phrase “f***ing Asian”.

Barrett was jailed after pleading guilty to racially aggravated assault and racial harassment.

It was not his first conviction for a racist offence.