Brighton and Hove Albion defender heads back to Spain

Brighton and Hove Albion defender Martin Montoya is heading back to Spain. 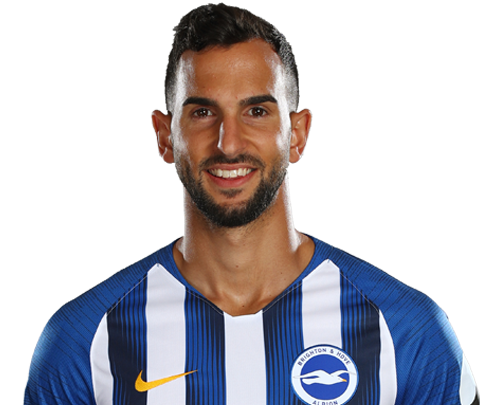 The 29-year-old Catalan signed a four-year deal with Brighton when he was bought from Valencia for £6 million two years ago.

He made his debut in the 3-2 win over Manchester United in August 2018 and played 57 times for the Seagulls in all competitions.

Now he is off to Real Betis, the club in Seville where he spent five months on loan from Barcelona from February 2016.

He has been signed by head coach Manuel Pellegrini, the former Real Madrid and Malaga coach who won two League Cups and the Premier League title in three seasons at Manchester City.

“The former Barcelona man signed for Albion from Valencia in 2018, and leaves having made 57 appearances in all competitions for the club.

“Montoya returns to Real Betis, where he enjoyed a successful loan spell in 2016.”

Albion head coach Graham Potter said: “I would like to place on record my thanks to Martin for his service and professionalism to the club over the past two years.

“Over the past two seasons Martin has played his part in helping the club maintain its Premier League status and on behalf of all at the club we wish him all the success for the future.”