A nurse at the Royal Alexandra Children’s Hospital in Brighton is joining colleagues for an abseiling challenge known as the iDrop to raise money for the Rockinghorse children’s charity. 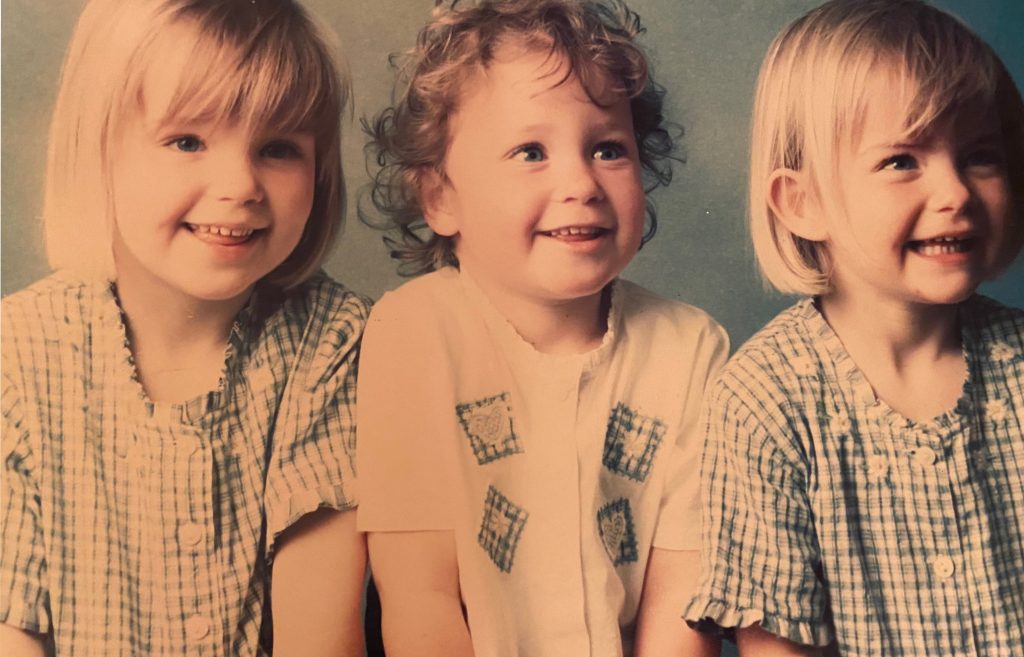 Laura Jack with her sisters Natasha and Kirstie

Laura Jack has a better insight than most on the value of the charity’s work, as one of triplets born at the Royal Sussex County Hospital and cared for in the Trevor Mann Baby Unit.

Rockinghorse said: “Laura Jack, a nurse in the High Dependency Unit at the Royal Alex, is one of 12 nurses raising money for Rockinghorse by taking part in an abseil from the British Airways i360 in September.

“Laura, from Rottingdean, has been involved with the Royal Alexandra Children’s Hospital in Brighton for her whole life.

“Not only has she worked on the High Dependency Unit (HDU) for two years, but she is one of triplets who were born at the (Royal Sussex) and cared for in the Trevor Mann Baby Unit for the first eight weeks of their lives.

“This experience means that Laura knows only too well the importance of the hospital for children and their families throughout Sussex and was really keen to give something back.”

She said: “My sisters and I were nine weeks premature and only weighed between three and four pounds when we were born.

“We were helped with feeding and were jaundiced and needed oxygen but we were looked after so well and were able to go home with no long-term health problems.

“As I got older, I always wanted to work with children and being poorly as a baby certainly had an impact on my decision to train as a paediatric nurse.

“So, after I trained at Great Ormond Street Hospital, I moved to the Alex and have been working here since 2018.

“I really love what I do, especially getting to know the children and their families and seeing them get better and go home – it’s so lovely to see that end result.”

She decided to take part in the iDrop challenge after seeing first-hand how Rockinghorse helped the hospital.

She said: “Working on HDU you see exactly how much equipment Rockinghorse has provided us with and I wanted to support their work. 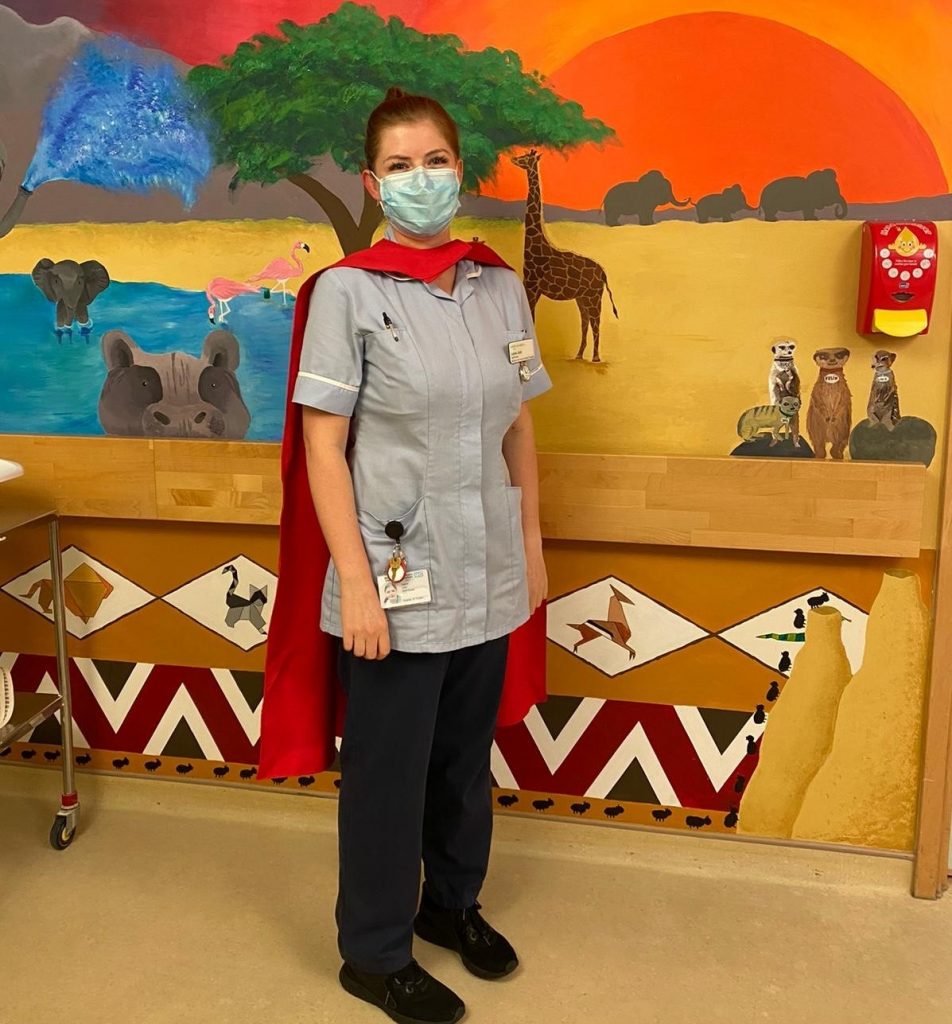 Laura Jack at the Royal Alex

“I have never done any fundraising before but I’m really proud to have raised over £1,300 so far and it’s wonderful to be able to see exactly where the money will be going.”

The iDrop, operated by Wire and Sky, will see Laura and her fellow fundraisers lowered from the open pod doors 450ft above Brighton seafront, taking in the spectacular 360-degree views, before gently gliding back down to earth.

The event will be the first opportunity since March that Rockinghorse has had to host a fundraising event – and the charity said: “The fact that 12 of those taking part are nurses working at the Royal Alex makes it even more special.”

Lucy Pond, challenge events fundraising manager at Rockinghorse, said: “The last few months have been challenging for all charities – and we are certainly no exception.

“It’s been a long wait but we are so excited to be able to organise our first challenge event for six months and we haven’t been disappointed with the amount of people who have wanted to get involved.

“We have so many wonderful supporters who are willing to go above and beyond to help us but the fact that we have 12 nurses signed up this time is amazing.

“They see the impact of the work that we do first-hand and despite their demanding jobs they still want to challenge themselves and support us.” 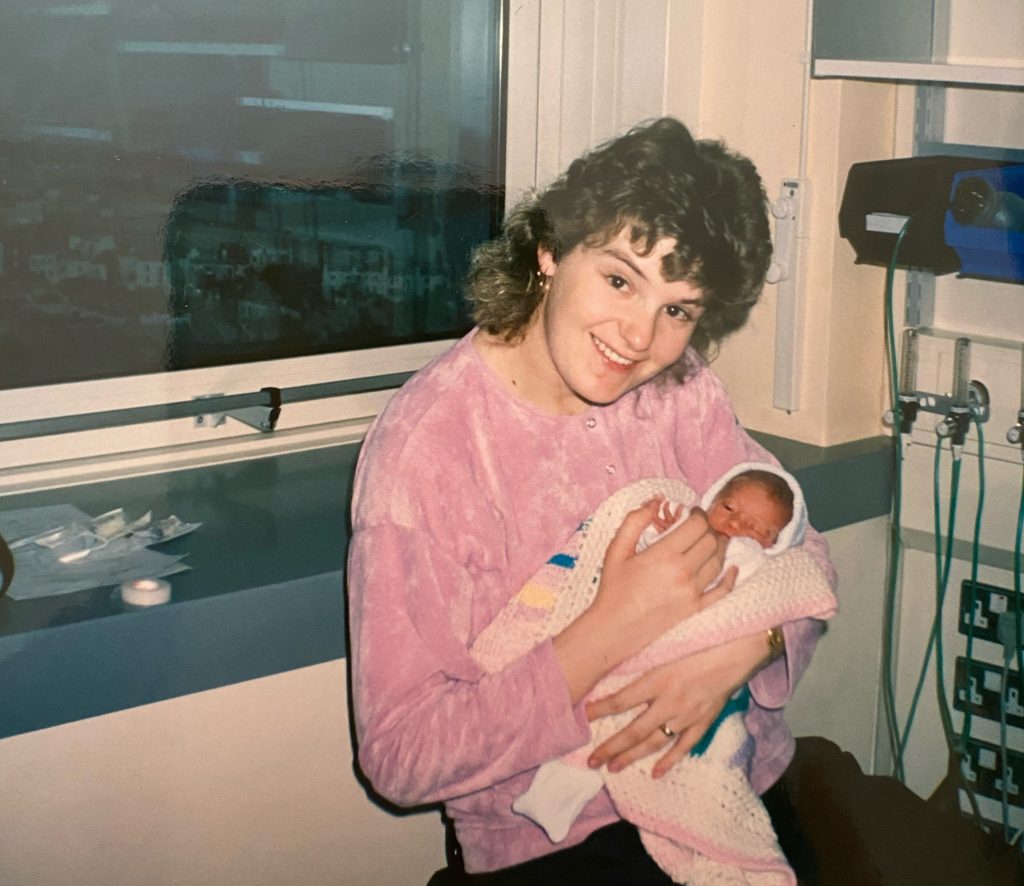 The superhero-themed iDrop is due to place on Saturday 12 September from 7am with 23 participants in all.

Rockinghorse said: “If you have missed out on signing up for this one, the charity has another abseil taking place from the British Airways i360 on Friday 16 October at 6pm.

“With just a £50 registration fee and a minimum sponsorship of £250, it’s chance in a lifetime to get involved in this unique event.