A senior public health expert has warned of the double risk of people catching the flu and coronavirus in the coming months.

Heidi Larson, director of the Vaccine Confidence Project, spoke out to try to address “complacency” around the flu jab.

Professor Larson said: “I think it’s pretty important this year because what the UK wouldn’t want is cases of people catching both flu and covid-19.

“Both attack the respiratory system but covid attacks a lot more organs than just the lungs. You wouldn’t want that double attack on the system.”

She spoke out as BBC research suggested that flu jab take up rates for key groups in Brighton and Hove tended to be below average, with some falling.

Among under-65s, the BBC said that 42.8 per cent had a flu jab, according to the latest data, down 2.8 percentage points from 45.6 per cent five years previously.

Most other areas had a better take up, with Brighton and Hove in the bottom third out of 150 localities.

It was a similar picture among NHS trust staff, with Brighton and Sussex University Hospitals (BSUH) in the bottom 20 per cent of “provider” trusts although take up rates have improved.

BSUH, which runs the Royal Sussex County Hospital, the Royal Alexandra Children’s Hospital and the Sussex Eye Hospital, had a 65 per cent take up rate in the latest data, according to the BBC.

Just 33 trusts out of about 220 reported a worse figure, while the South East Coast Ambulance Service (Secamb) managed 88 per cent.

But among nursery age children – two and three-year-olds – the figures suggest a significant increase.

The proportion having a flu jab went up from 34.5 per cent to 46.8 per cent over the most recent five-year period.

But Brighton and Hove still remained outside the top third for vaccinations among this age group. 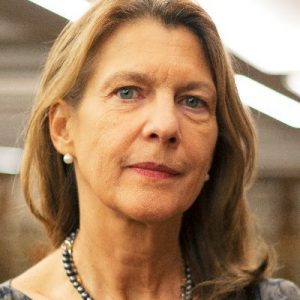 Professor Larson said: “I find there is almost a complacency around the (flu) vaccine in the UK.

“It doesn’t have the same aggressive ‘anti’ sentiment we see against some of the childhood vaccines.

“But I do think there a lot of perceptions around the vaccine in general and there is a degree of truth to them.

“Part of the nasal vaccine for children contains traces of porcine gelatin, which has prevented many Muslim parents from taking it up.

“There are also people that say it doesn’t work enough. It’s not effective enough. Some of these concerns aren’t wrong.

“Some years it really isn’t that effective against all strains.

“But I would certainly urge people to take it anyway as you wouldn’t want the strains that it does protect against.” 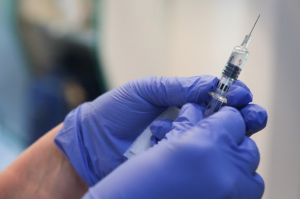 Brighton and Hove Clinical Commissioning Group (CCG) said recently: “The most comprehensive flu vaccination programme in the UK’s history has been announced by the government.

“A significant new group will be eligible for the free flu vaccine as people aged 50 to 64 will be invited later in the season for a vaccination.

“As part of an unprecedented drive, a free flu vaccine will also be available to

“Once vaccination of the most ‘at-risk’ groups is well under way, the department will work with clinicians to decide when to open the programme to invite people aged 50 to 64, with further details to be announced.

“The NHS will contact people directly, including information about where to go to get the vaccine.

“The expanded flu vaccination programme is part of plans to ready the NHS – both for the risk of a second peak of coronavirus cases and to relieve winter pressures on A&E and emergency care.

“Increased vaccinations will help to reduce pressure on the NHS this winter by preventing flu-sickness which can cause hospitalisation and even death.

“This announcement comes alongside the £3 billion for the NHS announced by the Prime Minister to relieve winter pressures on A&E and emergency care in case of a second spike in infections.”