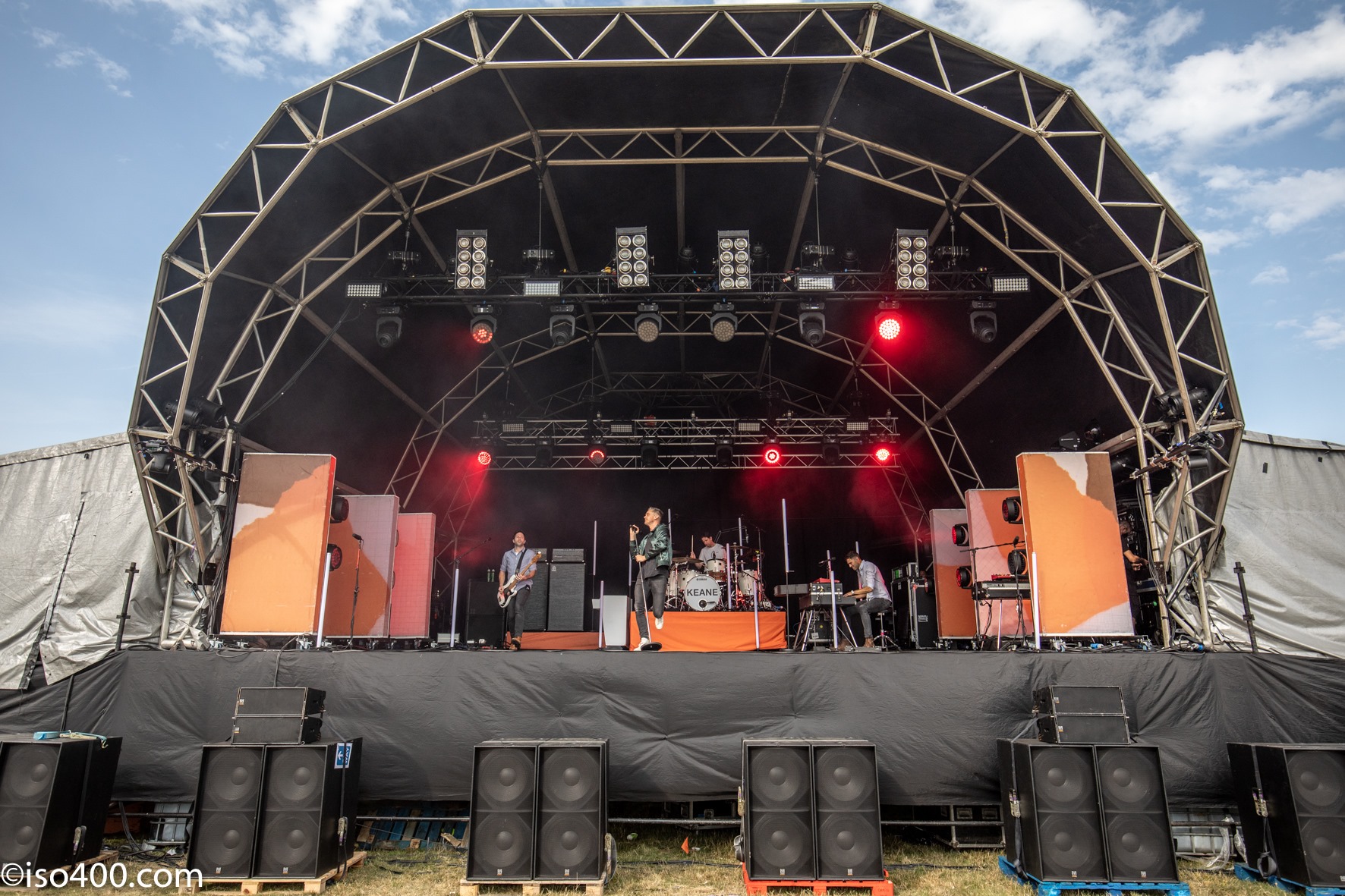 After what has been the weirdest summer for live music (there has been none!) I decided to pop along to the Pub In the Park Drive In Garden Party (by Tom Kerridge) to see what exactly a drive in music festival consists of. 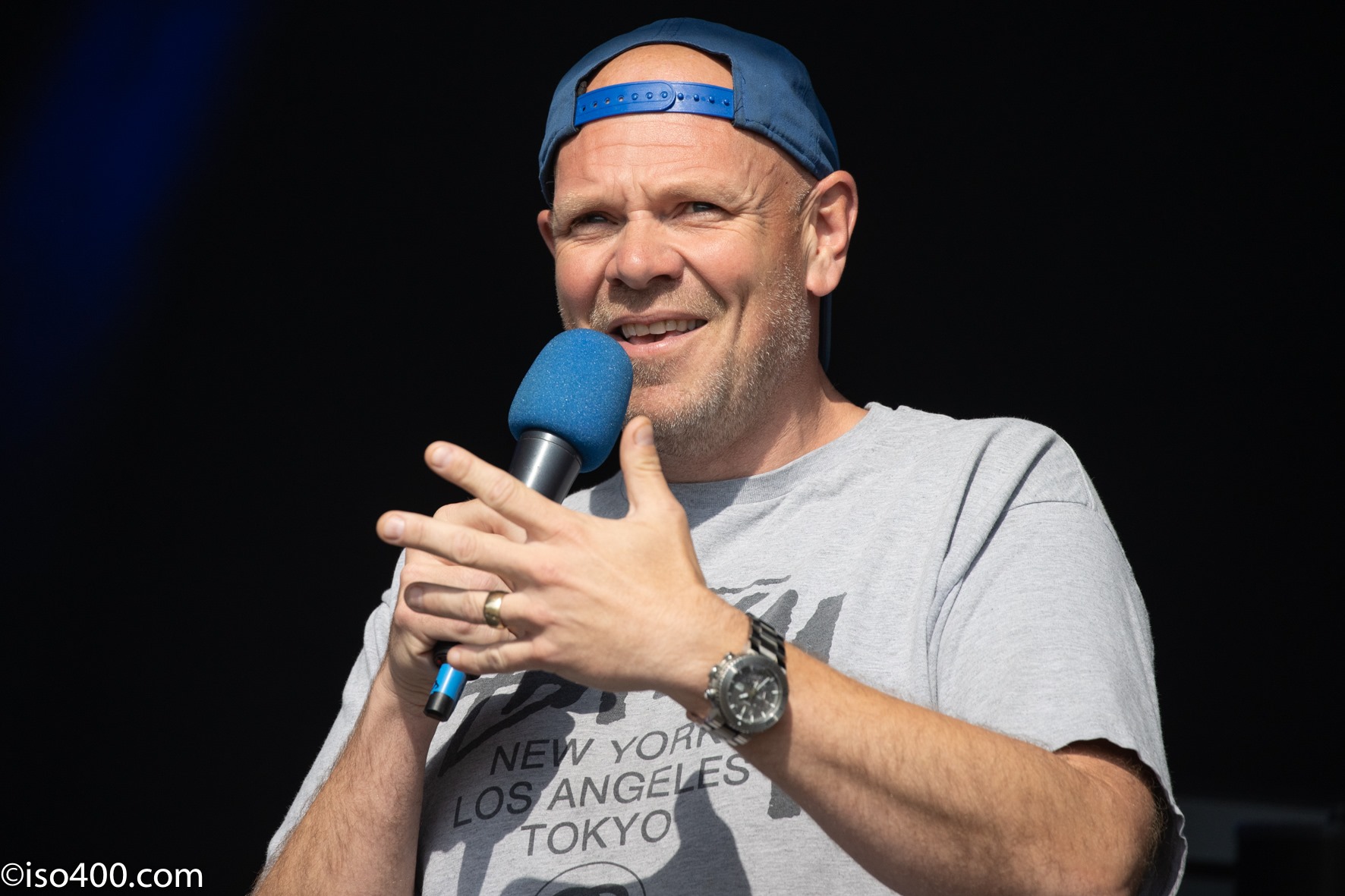 Chef Tom Kerridge under the banner of the Pub in the Park events has put together a mix of food and music for the middle classes. The event consisted of two days, with the first day being headlined by East Sussex finest alternative rock band Keane, with both an afternoon matinee show and an evening show. Then the Sunday being a single running event headlined by Gabrielle. Food ordered by App over the two days created and cooked by Michelin rated chefs onsite, and delivered to your car by a fleet of golf buggies. 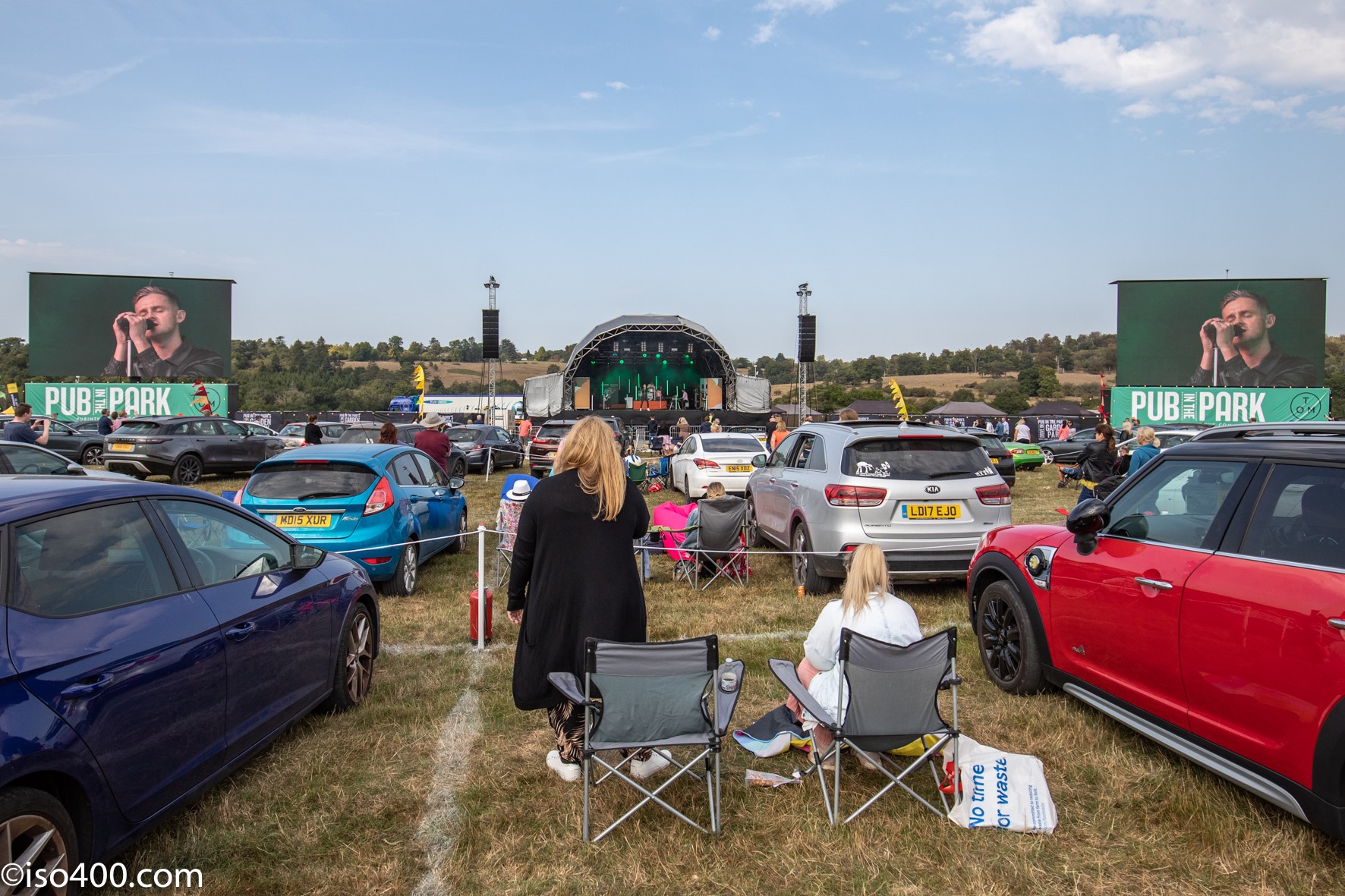 Making the decision to go and spend the Saturday afternoon in the sun with somewhere around 300 cars on a hill spaced out in front of a normal festival stage set up was a weird experience. Once parked you were allowed to sit on the patch of grass to the left of your car, with most people having brought picnic tables and chairs to make consuming their Michelin ordered festival food easier.

The hill that you were made to park on wasn’t a lovely slope towards the stage, but in fact undulated, so if you were unlucky then you actually couldn’t see the stage due to the hill and layout of other cars parked, and if you were very unlucky to have been parked in a couple of midway locations you also had a sound mix issue with the second midway speakers creating an echo effect with the sound mix. 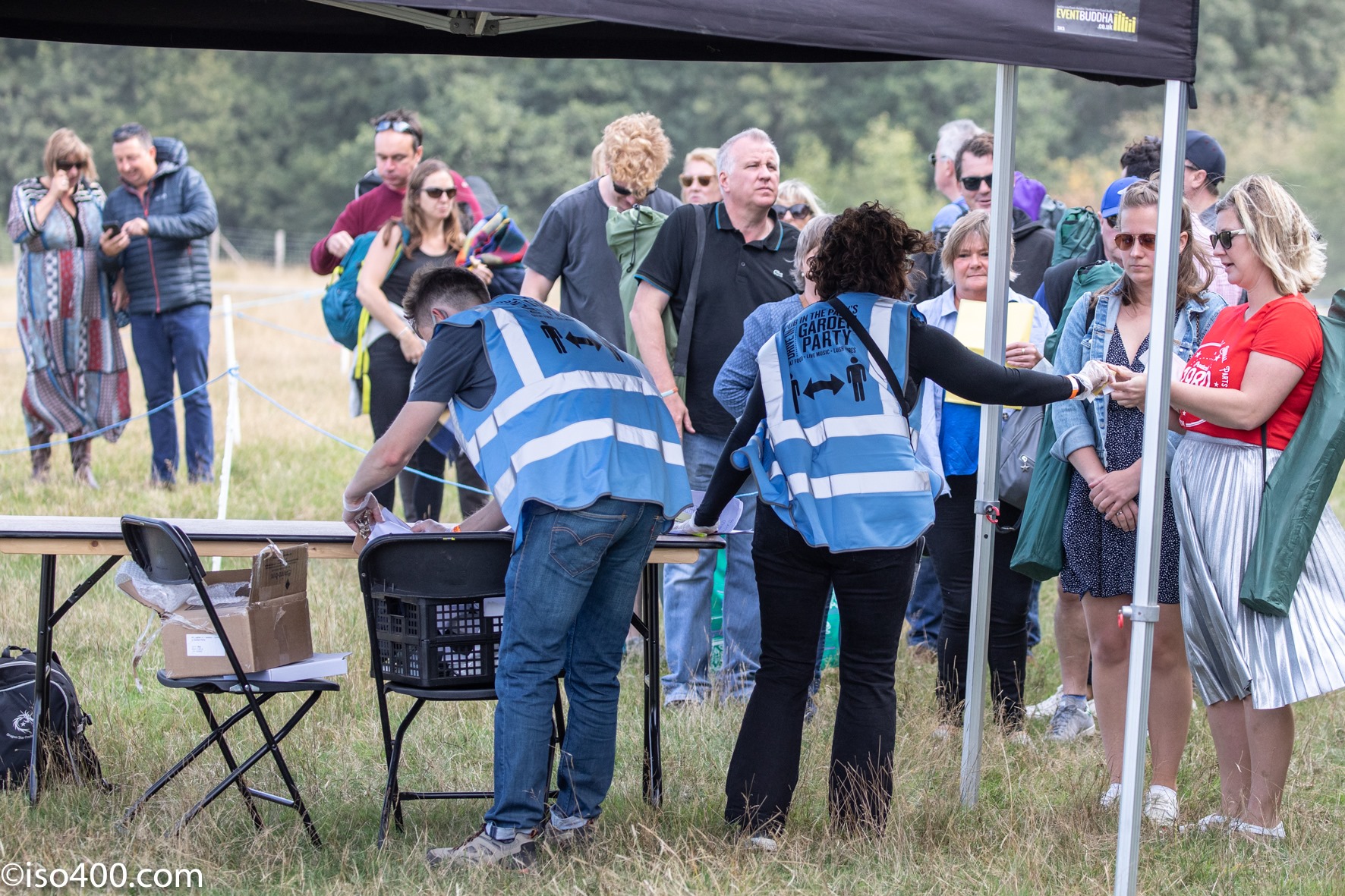 The crowd mix was mainly family groups out for a relaxing afternoon consuming food and listening to music in the sun, so didn’t seem to mind the limitations of the set up. The VIP section seemed to consist of the more avid Keane fans. Everything ran on time due to the excellent crew on the stage. The stage itself was a decent size for the capacity of the site. The lighting was impressive for the scale, and the sound punchy enough to roll far beyond the rear fence of the arena.

The atmosphere was not the usual festival experience as with social distancing and the distance between cars any applause or cheering felt sparse and quiet, but everyone around me was singing along and dancing having a great time in general. 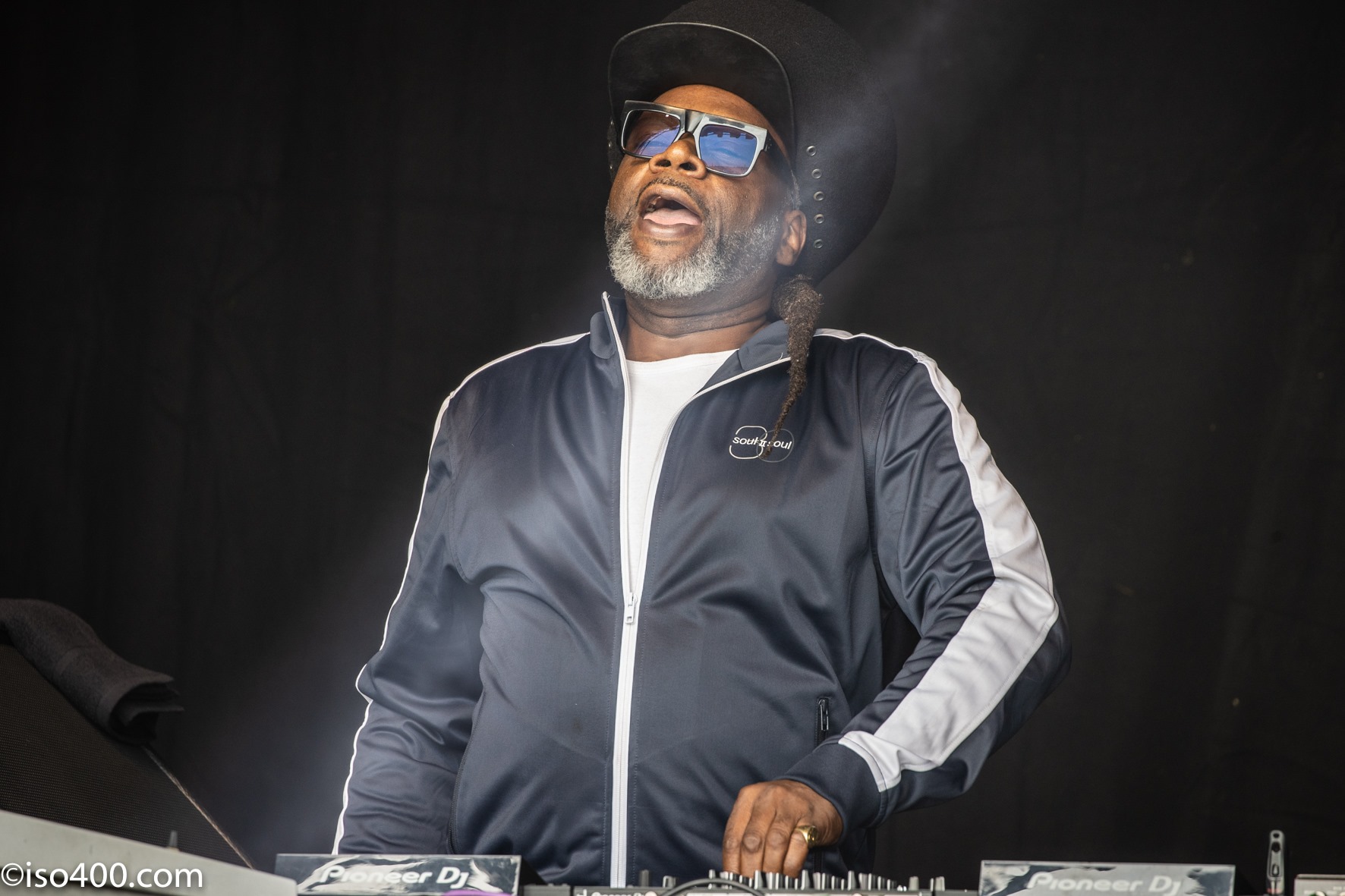 Local band the Paul Dunton Orchestra started Saturday’s Matinee event followed by the Soul II Soul sound system. The afternoon being rounded off by Keane, who were really the only reason 99% of the people were there. Playing for around an hour they rolled out a mix of material from their latest album ‘Cause And Effect’ and the more well known hits from a few years back. Those older tunes getting the larger crowd response made you think some people were here regardless of who was on the stage, and just for something different to do. Frontman Tom constantly rolled out the banter with the audience, being able to clearly hear any heckling, and responding to each and every call with humour, seemingly enjoying being back in a live setting also after so long.

Overall I enjoyed the whole performance and set up with the event being a new experience, and a way around the current Covid restrictions. With some tweaking it is the sort of setup that may stay in the music calendar for years to come, just maybe sort out the location by finding a natural sloping amphitheatre. 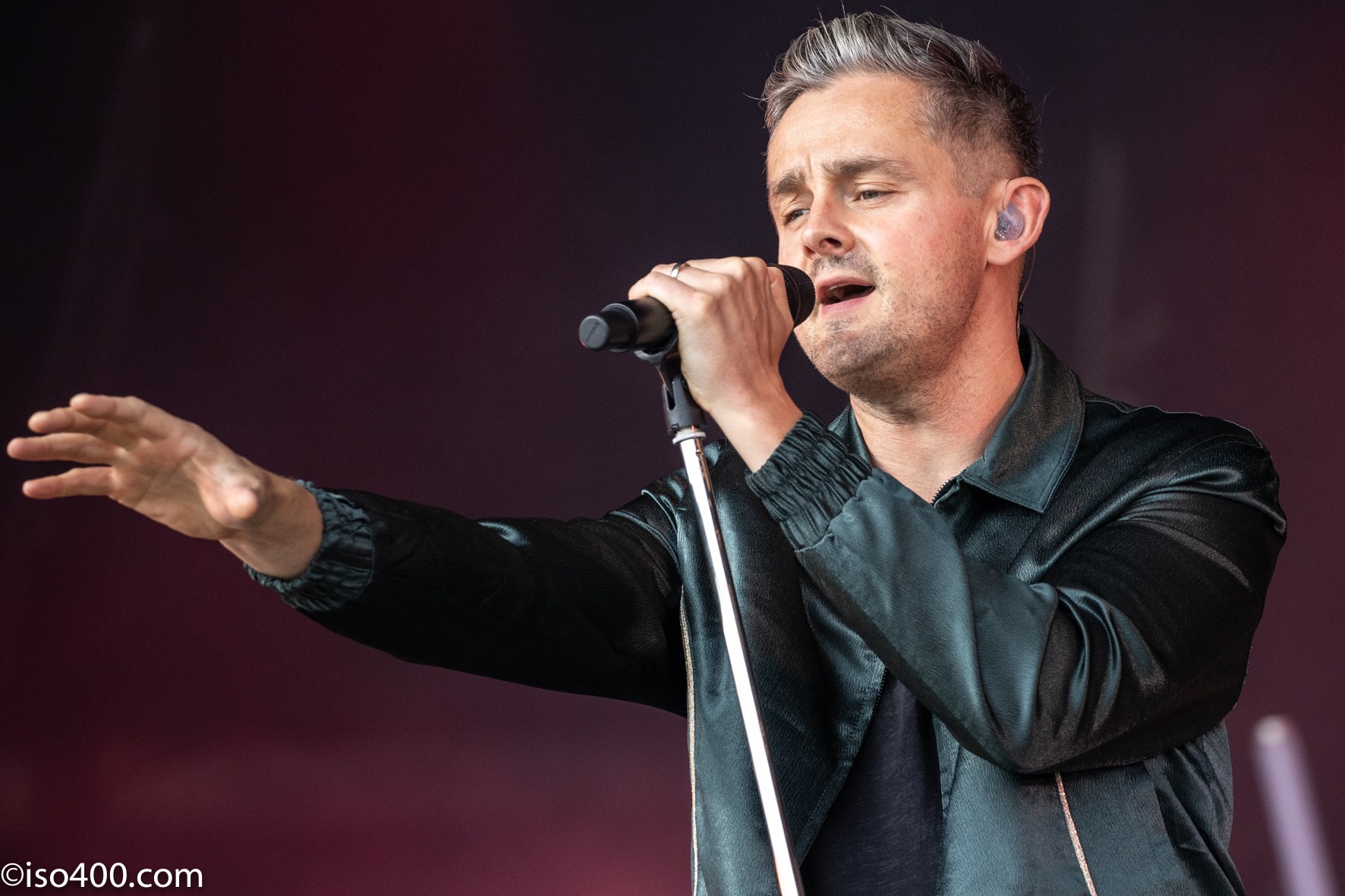 Keane setlist Afternoon performance:
‘Bend And Break’
‘Silenced By The Night’
‘The Way I Feel’
‘We Might As Well Be Strangers’
‘Nothing In My Way’
‘Disconnected’
‘Is It Any Wonder?’
‘Bedshaped’
‘Love Too Much’
‘This Is The Last Time’
‘Everybody’s Changing’
‘Somewhere Only We Know’
‘Crystal Ball’
‘Sovereign Light Café’

The evening performance was virtually the same except that ‘Hamburg Song’ was also performed by audience request after ‘Somewhere Only We Know’. 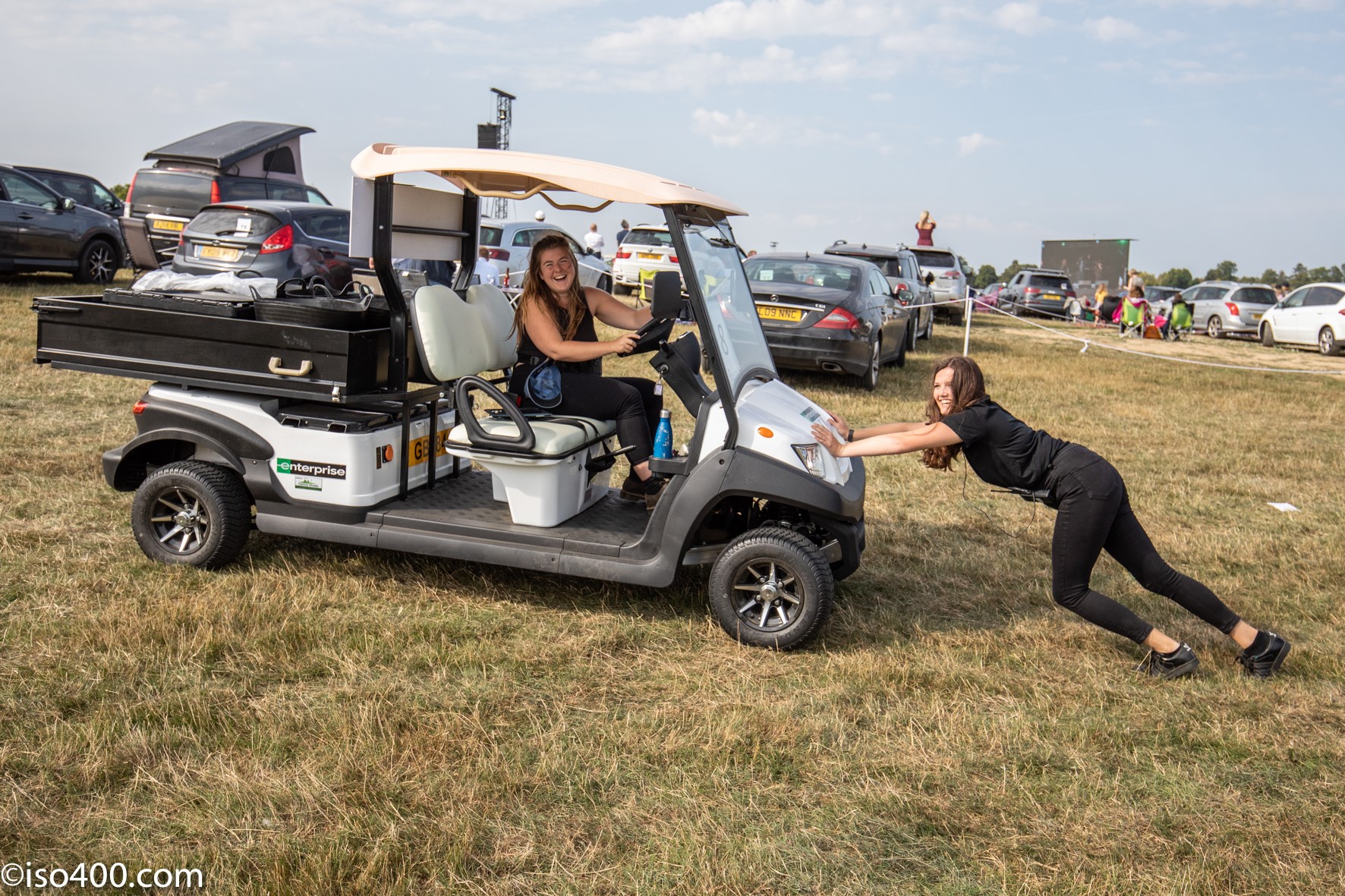 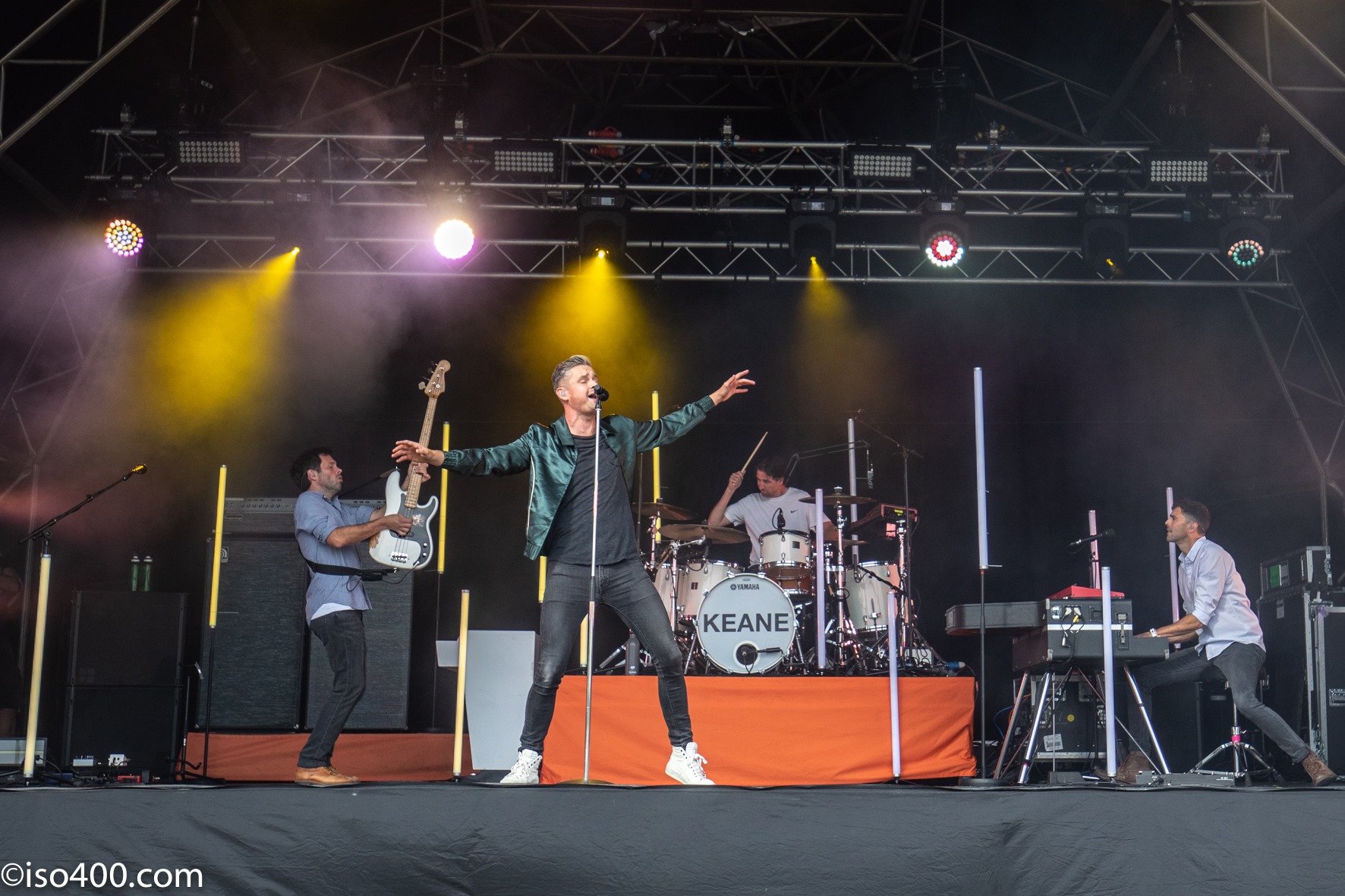