Albion play the first of two matches in five days against Manchester United and line up as follows. 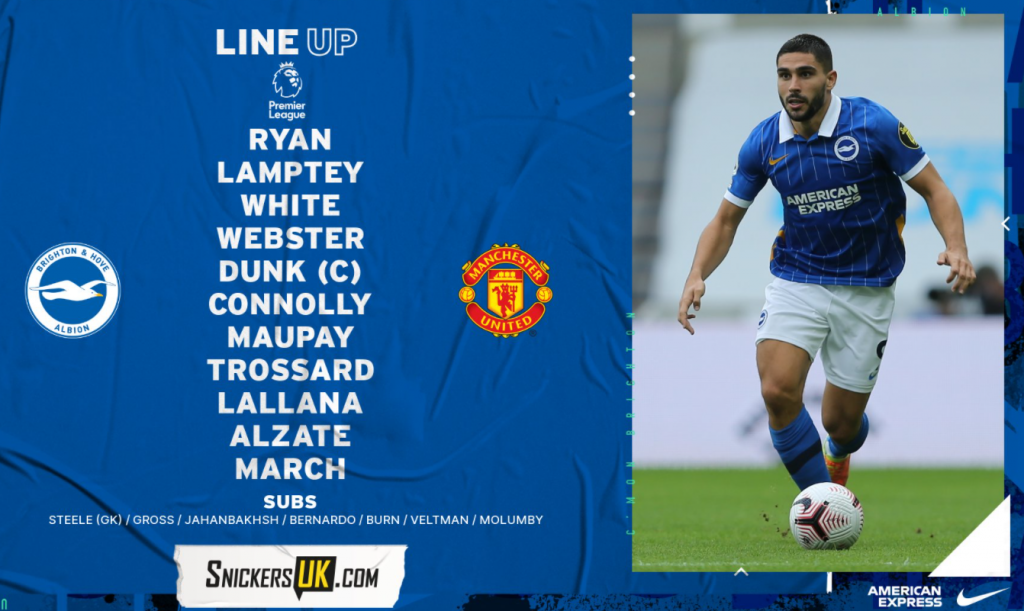 Adam Lallana replaces Yves Bissouma who is suspended after being sent off in the win over Newcastle United last weekend.

The enforced switch is Graham Potter’s only change to the side and it looks like an attacking line up.

Ole Gunnar Solskjaer is fielding the same XI who started when Manchester United won 3-0 at the Amex last season at the end of June.

That’s three changes from the side beaten 3-1 at Old Trafford a week ago by Crystal Palace.

The two clubs are due to meet at the Amex again on Wednesday (30 September) at 7.45pm for their fourth round League Cup tie, with a place in the quarter finals at stake.

But for now, the Seagulls will be looking for three Premier League points when the match – the Saturday lunchtime fixture – kicks off at 12.30pm.