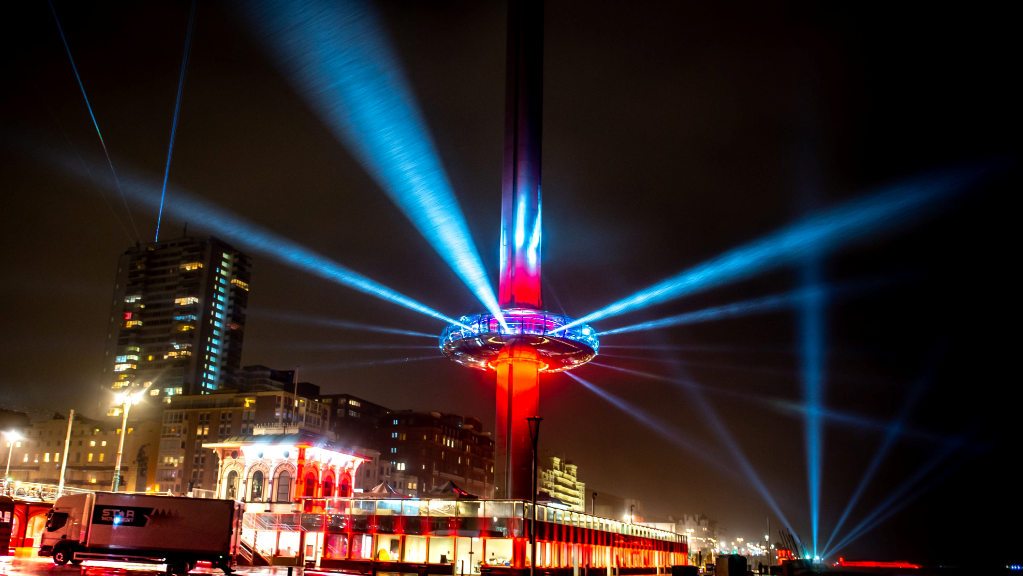 Brighton seafront was lit up red last night (Wednesday 30 September) as hundreds of people from the events industry came together – at a social distance – to highlight the sector’s plight.

They were taking part in the #WeMakeEvents “global activation”, urging the government to help an industry that is a key part of the Brighton and Hove economy.

The sector has been particularly hard hit by the lockdown and other restrictions in place in response to the coronavirus pandemic.

Among the 333 people taking part in Brighton last night were the organisers of some of Brighton’s major events, including Billy Mauseth, from the Brighton Music Conference, Paul Kemp, from Brighton Pride, Julian Caddy, from the Fringe, and Rory Bett, from the Great Escape.

They were joined by Madness guitarist Chris Foreman who lives in Brighton.

The i360 featured a dynamic lighting show, with the column projecting rolling messages about the impact on the industry and the supply chain affected.

House DJs Darius Syrossian and Alex Fitzgerald played their sets on the pod for later download through the Brighton Music Conference.

Lasers and lights lit up the sky and the Palace Pier, bouncing off the driving rain. The Concorde 2 was also bathed in red light.

At 8pm there was a “peaceful protest” with phones lit up red and a three-minute silence, attracting supportive honks from passing cars.

The Brighton event was spearheaded by a core group of local event professionals, including Jacqui Partridge and Ian Silcock, John Wallis and the founder of Brighton EPIC (Event Producers Independent Committee) Ian Baird. 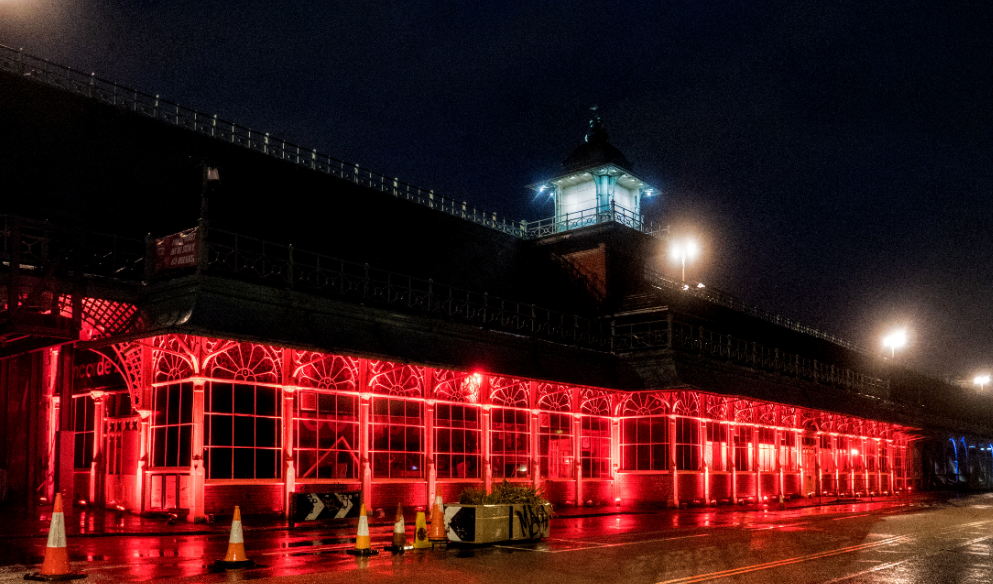 The two-hour production last night involved over 300 volunteers and around 100 companies who donated time and kit from all over the country for the show.

They included music producer Wax Worx who donated his unreleased track – Get up, Go Mad for – the Brighton video.

Jacqui Partridge said: “It’s incredible how people have come together and pulled out all the stops.

“Our mission is to educate the public on how serious this is for so many people and to the government. All we want to do is get back to work but, in that absence, we need help.” 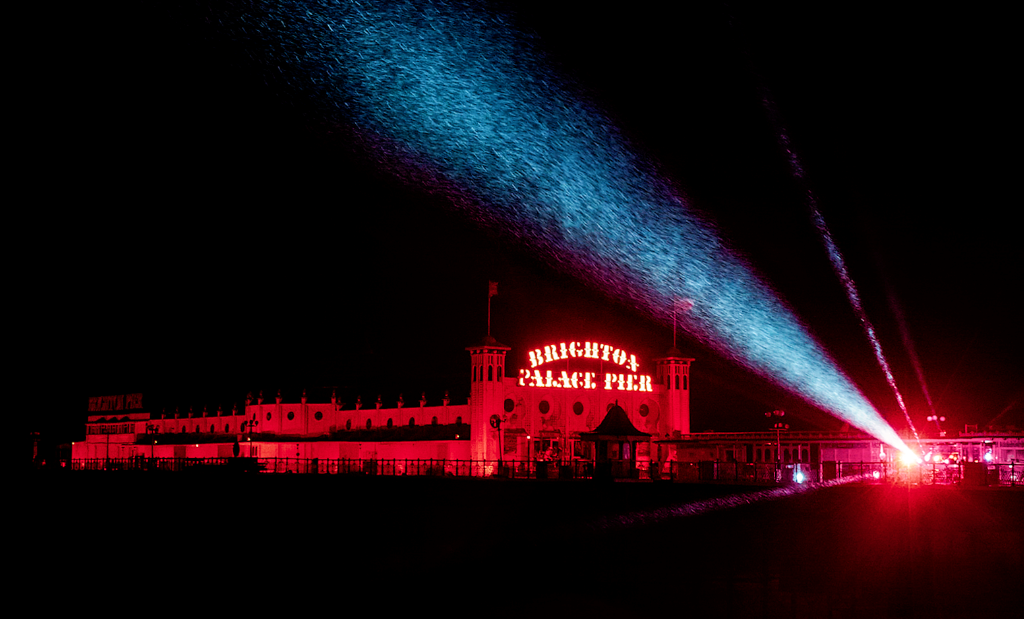