Conservative ideas for Madeira Drive are attracting attention and being implemented.

Conservatives have long been campaigners for the restoration of our heritage and no more so than the historic Madeira Arches which are, as of this month, classified by Historic England as an “at risk” structure.

In July we put forward a five-part plan for a Madeira Drive Upgrade Project to unite residents and restore pride to the city post covid-19. Our plan included

Thanks to the hard work of our Conservative team of councillors, we are making progress on many of these fronts.

The Conservative compromise for Madeira Drive

The Conservative compromise for Madeira Drive – reopening Madeira Drive’s north side as a one-way road while converting the south side into a cycle lane – was given the green light last week.

The closure of Madeira Drive implemented by the council during the lockdown, while enjoyed by some, caused great concern and hardship for others.

Businesses in Madeira Drive reported that the closure was severely hurting their trade, with some reporting they would not be paying their rent to the council as a result.

Disability groups were aghast at the loss of access to the seafront road and upset people with a disability could not to use the disabled toilets in Madeira Drive without having to ask permission from a steward.

Neighbouring retail areas were also affected, with a knock-on effect in the wider Kemp Town area and the Marina with displaced parking, and the Palace Pier linking the closure to a downturn in trade.

And the city’s finances took a hit, with the tap being turned off on parking revenue along the Madeira Drive. 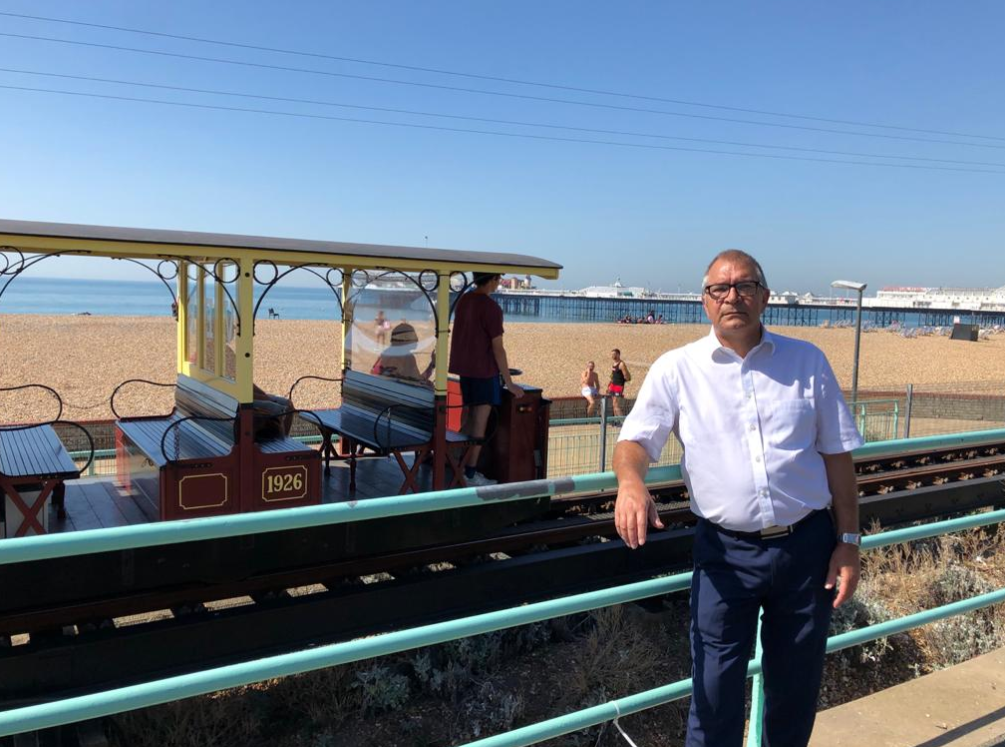 The Conservatives were concerned about all these issues and transport spokesman Councillor Lee Wares stood alone among his counterparts in working to build a compromise proposal after listening, consulting and engaging with those who were affected.

After a Green u-turn at last weeks meeting, the proposal went through.

The restoration of Madeira Arches is the latest piece of good news.

As reported by Brighton and Hove News, last week a report was presented to the council’s Policy and Resources Committee, which I sit on, recommending MT30 – a plan to start the restoration of the first 30 arches on Madeira Drive.

This report was made possible by a motion put forward by Conservative councillor Mary Mears at the council meeting in January, with funding for its implementation having been brokered by Conservative finance spokesman Joe Miller at the February budget meeting.

The plan will also make use of the sum crowdfunded by the citizens of Brighton who are passionate about seeing the restoration of this priceless Victorian structure.

MT30 will be tied in and informed by the developments going on at Black Rock, providing a joined up project that considers the whole of the Madeira Drive strip.

The report also recognised the need for working lifts, which followed Councillor Mears highlighting how the Madeira Lift had been left in disrepair by the council since the theft of copper wire last Christmas.

After years of neglect this Conservative proposed plan and funding is certainly overdue.

Meanwhile the Conservative tourism spokesman Councillor Robert Nemeth has been speaking out and winning the argument about the need to continue our historic motoring events in Madeira Drive post covid-19 – when it is safe to do so.

First Labour and then the Greens put the future of these events in doubt in recent months. One Green councillor even compared the events to the hundred years war.

But the work of Councillor Nemeth has prompted both parties to u-turn, with the report last week suggesting that there is a future for the events – and with an upgraded terraces needed for spectators as part of a linear stadium

Councillor Nemeth and Councillor Wares have also been engaging in meetings with Volk’s Railway in recent weeks to understand their needs going forward and their desire to see an extension of the railway to Black Rock as part of the development there.

Our united Conservative team is working together and making headway in our mission to restore Madeira Drive and upgrade the area for the benefit of heritage, tourism and the environment and we will continue to work towards this.

Now that parking revenue is set to be restored along Madeira Drive, we would like to see the recommendation put forward by residents in the “Save the Arches” petition considered – whereby all parking revenue collected in Madeira Drive is devoted to the restoration of the arches.

We have a way to go but finally the restoration of Madeira Drive is on the agenda at Brighton and Hove City Council.

Councillor Steve Bell is the leader of the Conservatives group on Brighton and Hove City Council.