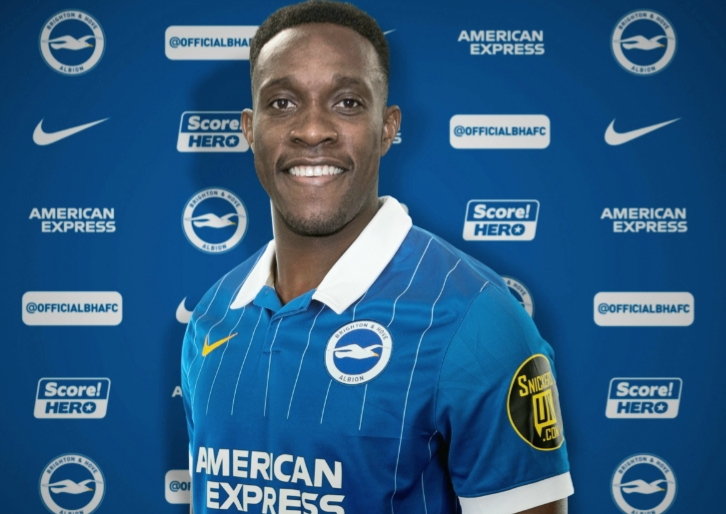 The former Manchester United and Arsenal forward ended his deal with Watford by mutual consent and joined Albion as a free agent.

Head coach Graham Potter said: “We are delighted to have Danny joining us. He will complement our existing striking options.

“He’s got an undoubted pedigree and he is quick and technically very good.

“He will add to our attacking threat and we are thrilled to add another player of his experience and quality.”

The Manchester-born 29-year-old began his career at Old Trafford. He played close to 100 games for both United and Arsenal.

He has 42 caps for England and has scored 16 times for his country.

Technical director Dan Ashworth said: “I think Danny’s arrival concludes what we feel has been a very good window for the club.

“A lot of planning, diligence and hard work went into the recruitment side and I would like to thank all the club’s different departments for their efforts in achieving that.”

Welbeck, who turns 30 next month, will wear squad number 18.

He is expected to be available for selection for next Monday’s match against West Bromwich Albion at the Amex.

Goldson scored twice for Glasgow Rangers in a 2-0 win at Celtic in the first Old Firm derby without fans.

The result moves Rangers four points clear at the top of the Scottish Premiership although Celtic have a game in hand.