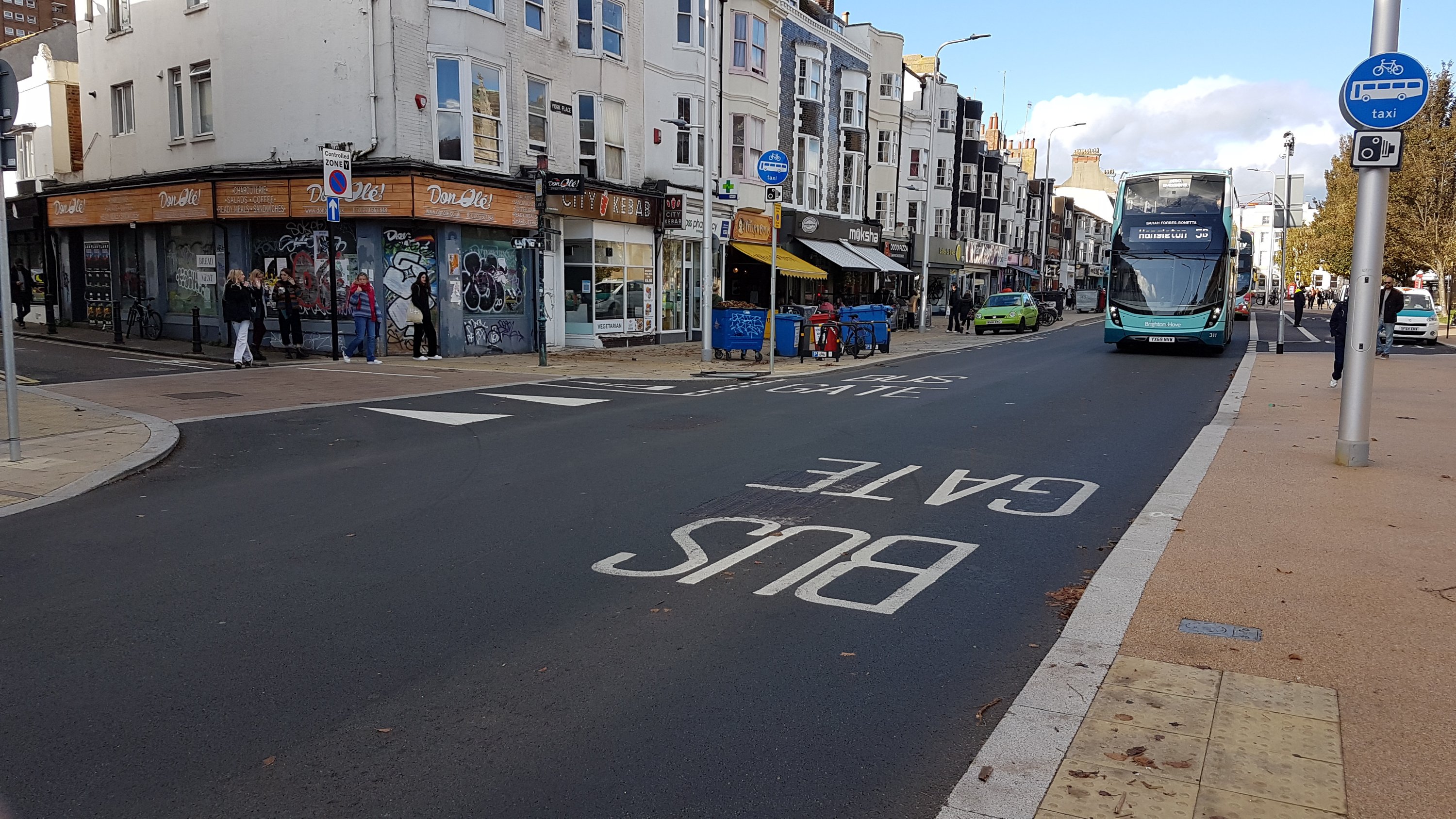 Motorists have been sent almost 5,000 warning notices for driving through a Valley Gardens bus gate in its first month of operation – and fines are due to start being issued tomorrow.

Bus gates are short stretches of road which only buses are allowed to drive over, marked out with paint on the road – but it appears not all drivers are aware of this.

From when the cameras were turned on on 9 September until 13 October, Brighton and Hove City Council sent out 4,972 warning notices to drivers who passed through the gate in York Place, on the western carriageway at the junction with Trafalgar Street.

Drivers at the bottom of North Road are told they can turn left if they are local traffic, but this means specifically traffic taking the next left turn into Gloucester Street to access the North Laine.

Those who carry on into York Place were sent a warning notice. Car drivers travelling south were also sent a warning if they didn’t turn into Trafalgar Street.

Another 1,993 notices were sent to motorists caught on bus lane cameras at St George’s Place, Gloucester Place and two on St Peter’s Place in the same time period. 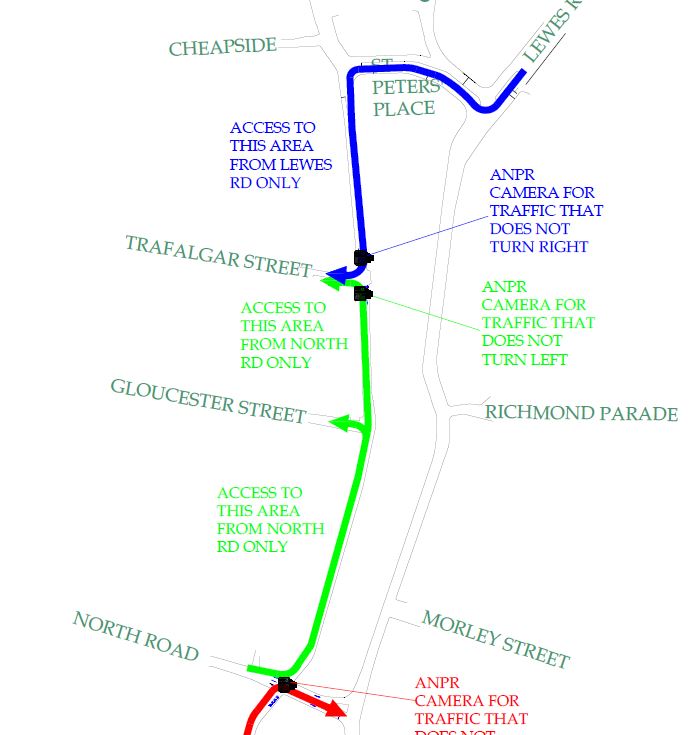 The unclear signage was raised when the scheme first went live in August, when the road markings were even more confusing.

After that, some of the markings were changed and a new sign put up – but anecdotally, it seems that many are still not clear where they are meant to be driving.

“This was leading to high numbers of private cars using the west side of Valley Gardens which is supposed to be restricted to buses, taxis and access vehicles.

“Since then, some improvements have been made in North Road; the incorrect road markings have been altered and a new road sign has been erected.

“This has encouraged more cars to use the east side although compliance is still not good, especially at weekends when many visitors seem unaware of the new layout and continue to ignore ‘bus gate’ signs.

“The vague and unhelpful ‘local traffic’ description continues to cause confusion. If lots of cars go this way, Google maps and Sat Nav systems will pick up the flow and show it, giving the impression it is an acceptable route.”