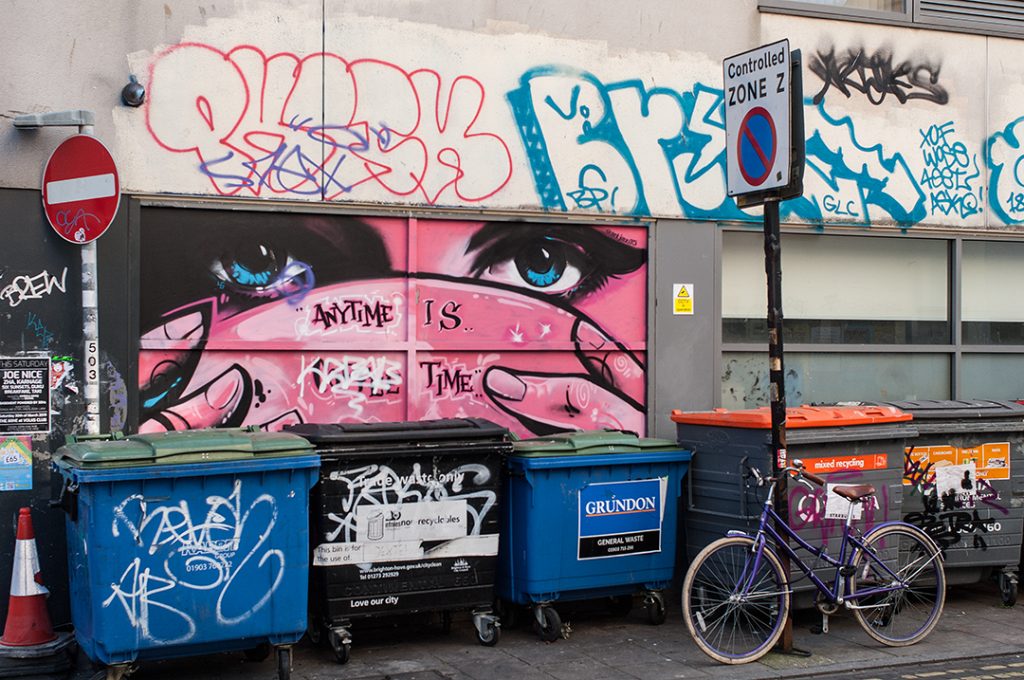 Cleaning up graffiti cost council tax payers in Brighton and Hove almost £90,000 in just one year, according to a new survey.

Brighton and Hove City Council was in the top 20 councils in the UK for the amount of money spent on the task last year.

And outside London, Brighton and Hove had the eighth-highest spend among English councils.

But the survey also found that the highest-spending councils paid out a six-figure sum to deal with tagging and spray-can vandalism.

In the current financial year, which started in April, the council has budgeted £122,000, provided it raises money from fines.

The study of how much councils across the country spent was carried out by building renovation business Structural Repairs.

The company asked 379 local authorities to spell out the cost of tackling graffiti and said that councils were often each dealing with thousands of incidents a year.

Structural Repairs, which also offers its own graffiti removal service, said that at least 130 councils included dealing with graffiti as part of their overall street cleaning set up.

In Brighton and Hove, the council employs two staff just to clean graffiti off buildings and other surfaces.

Two years ago, councillors agreed a graffiti reduction strategy – and last month they voted to beef up their approach.

Utility firms – such as gas, electricity, water and phone companies – and bigger employers were warned to clean graffiti from their own buildings and equipment or risk fines.

The council is also looking at offering a graffiti clearing service to utility firms and bigger businesses, including Network Rail and the Royal Mail, as a way of bringing in extra income.

The council said on its website: “If there is offensive graffiti in public places, our street cleaning team will come and remove or paint over it.

“Offensive graffiti contains words or pictures which are

“We are also responsible for removing graffiti on council property, including buildings, benches, signs and street lights.”

“The original budget of £82,000 has potentially been increased by £40,000. The additional spending is dependent on the generation of an equal value of additional enforcement income from increasing the environmental protection fines to the allowable maximum from (Wednesday) 1 April 2020.

“Existing income generation has been negatively impacted by the covid-19 lockdown.”

More than a thousand people responded to a consultation about the council’s approach to dealing with graffiti.

Some were concerned that any fines should hit the perpetrators of crime, not the victims, especially when the victims were home owners, small businesses, charities or community groups.

And some even said that the council should get its own house in order before trying to fine those owning or occupying business premises.

In the summer, a judge ordered a 77-year-old man, who tagged dozens of buildings across Hove with “offensive” graffiti, to wear an electronic tag and obey a curfew.

Bahman Khorsandian, of Hogarth Road, Hove, admitted scrawling phrases such as “Death to Islam” and “Curse on Islam” over eight to months until June last year.

Khorsandian was also banned from going out in public with marker pens or anything else that he could use to daub graffiti for two years.

And he was ordered to pay the council £1,200 in compensation after the court was told that it had spent thousands of pounds cleaning off the offensive scrawl.