Fuel poverty has been blamed for scores of extra winter deaths in Brighton and Hove, according to an official report.

The city has the fifth-highest number of excess winter deaths out of 19 council areas in south east England.

The details are in a report on winter cold weather planning for Brighton and Hove City Council’s Health and Wellbeing Board which is due to meet next week.

It said that excess winter deaths were calculated by comparing the average number of deaths from December to March with the number during the rest of the year.

Brighton and Hove had an average of 212 excess winter deaths over those four months, the report said, or 31.9 per cent higher than at other times of the year.

In comparison, there have been 169 deaths linked to the coronavirus since March.

The figure is the third highest when compared with Brighton and Hove’s statistical neighbours – a list of similar council areas.

The report said: “There is strong evidence that many of these winter deaths are related to cold temperatures, living in cold homes, respiratory illnesses and cardiovascular conditions as well as infectious diseases such as influenza.

“People live in cold homes often due to fuel poverty. A household is considered to be fuel poor if it has higher than typical energy costs and would be left with a disposable income below the poverty line.”

People at a greater risk from ill health because of cold weather were also in the higher-risk groups for covid-19, the report said.

They include over-70s, people with chronic health conditions and people living in areas of high deprivation.

Other factors including high housing costs, the age of many buildings and the number of shared homes – or houses in multiple occupation (HMOs) – which were all said to affect the death rate. 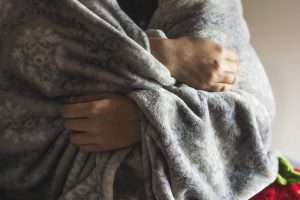 Fuel poverty was described as driven by three main factors – household income, high or unmanageable energy costs and the energy efficiency of a home.

The report said that Brighton and Hove had the highest proportion of homes in fuel poverty in the south east, a total of 14,575.

The report added that more people were being offered a free flu jab this year to try to reduce the excess winter death rate.

And the council’s transport hub now had 4×4 vehicles to help to keep home care services going in snowy or icy conditions.

And the “severe weather emergency protocol” (SWEP) night shelter was open for rough sleepers when the temperature “felt like freezing” – 0C (32F) for one night.

Brighton and Hove’s winter plan included alerting hospitals and pharmacies when the average temperature was expected to fall below 2C for 48 hours or longer.

The Winter Cold Weather Plan 2020-21 is due to be discussed by the Health and Wellbeing Board at a “virtual” meeting at 4pm next Tuesday (10 November).

The board is made up of councillors and senior representatives of the Brighton and Hove Clinical Commissioning Group (CCG).

The meeting webcast is scheduled to be webcast on the council’s website.