A man who threw lumps of plasterboard at officers during a three-hour stand-off at Brighton Police Station was sentenced today (Monday 9 November). 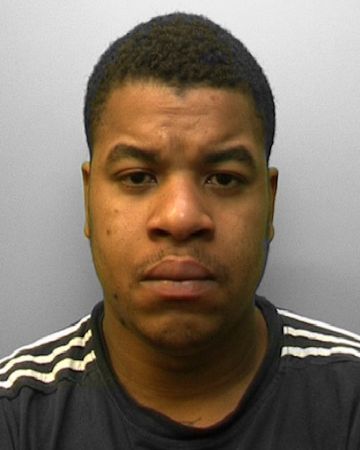 Aaron Barrett was given a suspended prison sentence

Aaron Barrett became angry, aggressive and violent when he was unable to get his mobile phone back. It had earlier been confiscated, Hove Crown Court was told.

Barrett, 30, of William Collier House, North Road, Brighton, climbed into the roof area of the foyer, damaged windows and hurled plasterboard at officers below.

The police station itself and the pavement and road outside, in John Street, Brighton, were closed to pedestrians and traffic for three hours while Barrett continued the stand-off.

Kris Berlevy, prosecuting, said that Barrett became aggressive when police did not return the phone.

Mr Berlevy said: “He was kicking and punching and ripping apart plasterboard.

“He climbed out on to the roof area of the vestibule of the police station.

“He ripped off pieces of building materials and threw them on to officers who had gathered beneath him.”

PC Josh Bellamy was among those trying to persuade him to come down from the roof. He narrowly missed being hit by a piece of plasterboard which Barrett threw towards him.

Mr Berlevy said that Barrett told them: “I’ll knock out anyone who tries to get up here”.

The prosecutor added that the defendant had “clenched fists and on occasion was beating his chest”.

At an earlier hearing, Barrett pleaded guilty to causing criminal damage and a public nuisance through his violent behaviour as well as assaulting an emergency worker.

Jonathan Atkinson, defending, told the court that Barrett had phoned the police station earlier in the day.

He was told that he would be able to collect his phone without needing an appointment but became aggrieved when he arrived and the phone was not handed over. 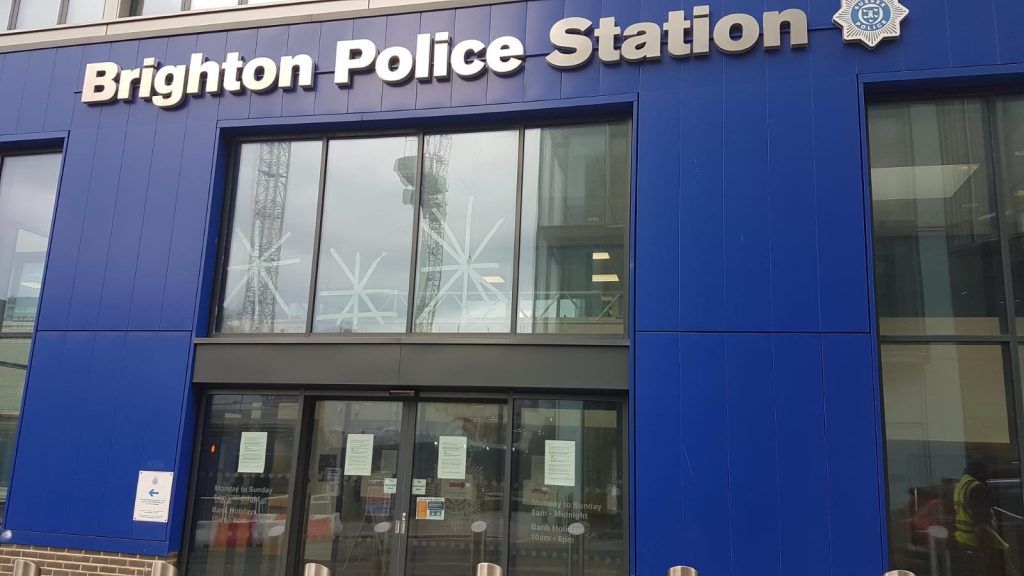 Mr Atkinson said that Barrett wanted to turn his life around for the sake of his daughter and hoped to find a job and somewhere better to live.

He said that Barrett understood his behaviour “was a disproportionate reaction”, adding: “He has pleaded guilty and shown remorse.”

The court was told that he had 43 previous convictions.

Judge Shani Barnes, sentencing, acknowledged that Barrett had kept out of trouble for over a year previously.

She told him: “It’s a great shame you couldn’t control your anger.

“It’s lucky you didn’t actually hurt anyone and cause any serious harm.”

She made no order for compensation after Sussex Police failed to provide the prosecution with an exact value of the damage done.

Barrett was given a six-month prison sentence and a four-month sentence, to run concurrently, both suspended. He was also ordered to complete 40 hours of rehabilitation activity.