Hundreds lose jobs as Debenhams to close and Topshop collapses

Hundreds of jobs are to go with the collapse of Debenhams and news that the company that owns Topshop, Dorothy Perkins and Miss Selfridge could follow. 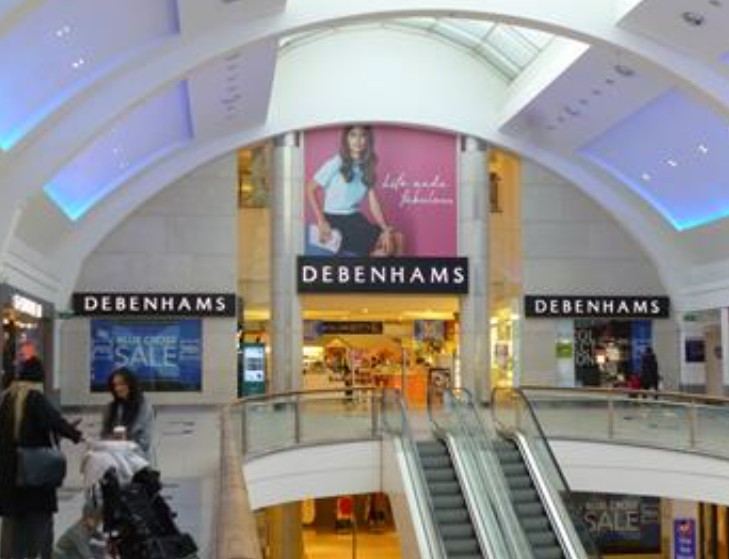 The company was in talks with JD Sports but the rescue failed and JD issued a brief statement to the London Stock Exchange at 9am today (Tuesday 1 December).

It said: “JD Sports Fashion PLC, the leading retailer of sports, fashion and outdoor brands, confirms that discussions with the administrators of Debenhams regarding a potential acquisition of the UK business have now been terminated.”

Debenhams was placed in administration in April – not for the first time – to protect the business from its creditors while it tried to arrange a rescue deal.

But the department store chain, which traces its roots to 1778, is now likely to go into liquidation.

This means that 12,000 staff are likely to lose their jobs as more than 120 stores close and the retailer is broken up with stock and other assets sold.

The outlook for Debenhams – and the rescue talks – worsened yesterday as Arcadia, the company that owns Topshop, went into administration.

Arcadia operates a number of concessions in Debenhams stores in Brighton and elsewhere and has more than 400 branches with 13,000 staff.

Philip Green is the controversial former owner of BHS (British Home Stores), which also had a branch in Churchill Square.

He has been criticised for taking money out of the business before it collapsed, also costing thousands of jobs and leaving many people with reduced pensions.

Another controversial business boss, Mike Ashley, submitted a £125 million bid for Debenhams through department store operator House of Fraser which he owns. The bid was rejected.

Mr Ashley started Sports Direct – the main rival to JD Sports – and also tried to buy Debenhams last year, having built up a 29 per cent stake in the business at one point.

Retail analysts expect Mr Ashley to be among those bidding for Debenhams stores or parcels of stores that are sold during the liquidation.

Accountancy firm Deloitte is handling the administration of Arcadia and said: “We will be rapidly seeking expressions of interest and expect to identify one or more buyers to ensure the future success of the businesses.