Albion are level with Southampton after a Pascal Gross penalty put the Seagulls ahead just before the half hour. 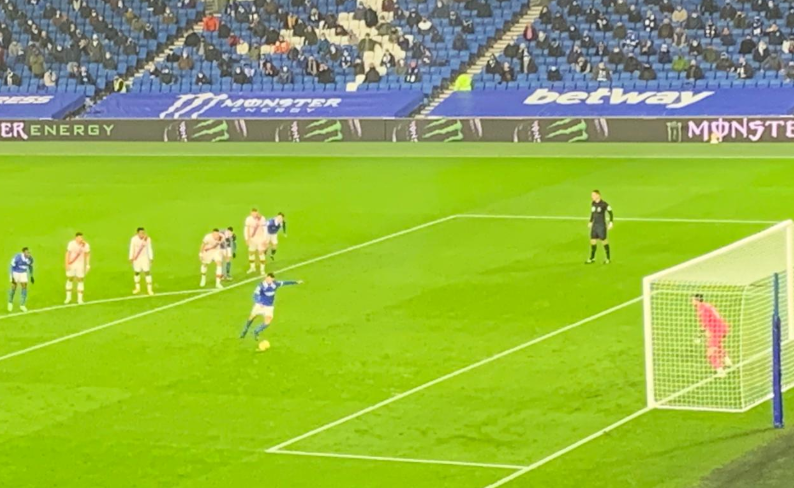 Brighton could have even gone two or three up at one stage.

Danny Welbeck was presented with a great chance by Solly March but fired straight at Alex McCarthy in the Southampton goal.

Soon after, Gross was played clean through from a superb Yves Bissouma pass but chose to pass instead of shoot and the chance went begging.

Albion’s penalty came after James Ward-Prowse handled the ball as he jumped with Danny Welbeck.

There was just time for an effort from Ben White. He almost converted a Gross free kick for the Seagulls but the two sides went in on level terms at the break.