Children should not have to pay for council’s £3.3m mistake, say Brighton and Hove heads

Council chiefs are taking money from children to pay for a £3.3 million mistake by bureaucrats, according to a Brighton head, speaking on behalf of his colleagues.

It was being taken to pay for what he said was ultimately an historical error made by Brighton and Hove City Council.

And Blatchington Mill head Ashley Harrold said that the council was taking the money without the consent of heads and governors and the Schools Forum, their representative body.

The remarks were made at a meeting of the Schools Forum on Monday (7 December) when the council told heads and governors how it intended to rectify its historical error.

The mistake came to light last year when the council told schools that staff employed during term-time only were not receiving enough holiday pay.

As a result, the Local Government Association, which represents councils, agreed a new formula with the unions representing school staff.

It meant that support staff were owed between 0.65 and one extra week’s pay a year depending on grade, length of service and the number of weeks a year that they worked.

The council said on Monday that schools would have to foot the bill for 43 per cent of the £3.3 million owed to staff due to the pay formula error.

This would work out at £142,000 a year, paid back over 10 years, with special schools and secondaries hit hardest as they employ the most staff to work term-time only.

Head teachers’ representatives have called for a meeting with councillors because they do not believe that schools should pay for the council’s mistake.

Mr Harrold, who represents secondary school heads on the forum, criticised the lack of discussion with schools.

He said: “The term-time back pay agreement was negotiated without input from schools and has not been approved by primary or secondary schools at the Schools Forum.

“It should be noted that these charges are for mistakes that were made centrally and were beyond any school’s control.

“It remains vital that schools have the finances to run effectively. The children of Brighton and Hove deserve no less.” 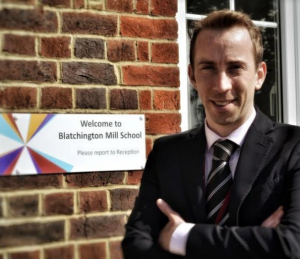 Mr Jordan, who represents primary school heads on the forum, said: “Head teachers across Brighton and Hove cannot support the council’s decision to take money from schools and children’s education to pay for what is ultimately a historical employer’s (council) error.”

“Even with the council’s generous offer to part-fund the payment, the council is still going to take, against the wishes of schools and the Schools Forum, millions over 10 years directly from money that should be being spent by schools improving the outcomes for children.”

The council’s acting finance chief Nigel Manvell said that there was no other option than for schools to pay a share of the debt over the next 10 years.

He said: “When we were originally looking at this problem pre-pandemic, pre covid and pre lots of financial angst for all sides, we were looking at some potential options.

“The council is looking at a £17 million budget gap next year and the spending review announcements may be slightly better than we could have hoped for but they are not the answer.”

One councillor said that he was mystified that a detailed report had not been presented to elected members.

At the council’s Policy and Resources Committee meeting last Thursday (3 December), Conservative councillor Joe Miller asked why the term-time back pay bill was a footnote in the budget management papers.

He said that it ought to be the subject of a separate report because it was “slightly more important”.

She told the Policy and Resources Committee last week that the back pay problem had been discussed in October last year.

At that meeting, the committee had asked for further options to be considered by the Schools Forum.

Councillor Clare said: “We are in a very difficult position. Ideally, we would like to cover that liability but 57 per cent is better than 50 per cent.

“It works out for some schools at about £1,000 a year and we’re not charging them until the next budget year so they have the time to factor that in.”

She added: “It is an additional pressure on school budgets.”