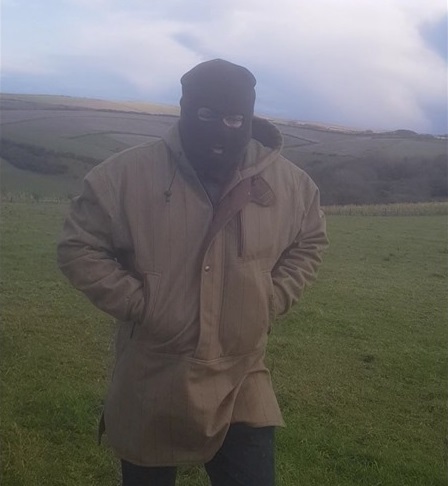 Four hunt sabs accused of disrupting a pheasant shoot have been acquitted after a judge said a farmer’s evidence couldn’t be trusted because he had attacked one of them on camera.

Anthony Robinson, 32, Crispin Field, 25, Rebecca Hobbs, 31, and Melissa Page, 29, were all charged with halting a pheasant and partridge shoot at Waterhall Farm on 14 November last year.

They argued they were not aware they were trespassing, and had been in the area intending to disrupt an illegal fox hunt.

After the court saw footage of farmer David Gorringe lunging at Robinson and pushing him against a fence while Stephen Attwood, whose son James had organised the shoot, held him in a headlock, a district judge found them not guilty.

Earlier in the trial, Gorringe had denied even touching Robinson.

At last Monday’s hearing, district judge Tessa Szagun told the defendants: “Each of you present as articulate, intelligent individuals with views that you have and no doubt wanting to present to me in your best possible light.

“But I also look at the credibility of of the individuals who had been parties to that shoot.

“The fact that they were prepared to behave in the way that I saw in the body worn footage in front of the police officers was in my view indicative how they were prepared to treat individuals who were there to disrupt their activity and who, in their evidence, had done that the week before.

“And that discredited their evidence in my mind to that fact it left me unsure as to what happened before the police arrived.

“I can’t be sure whether any assault happened by Anthony Robinson in the way that they have described.

“For those reasons I acquit you all.”

Earlier, the court heard evidence from all four defendants, who all said they had gone to Waterhall Farm after being given an anonymous tip off about a fox hunt in the area.

Page, Field and Hobbs said they had discussed it on a WhatsApp group – but none were able to produce the messages to prove that they were intending to interrupt a fox hunt rather than a pheasant shoot.

All four said they believed they were on a public footpath and were not trespassing. Two of them were carrying speakers to play the sound of hounds in cry, to distract any hounds being used in fox hunts.

And they said they had been met with aggression and threats of violence by the people running the shoot, who had approached them on a buggy, wearing masks.

Robinson, of no fixed abode and former of Freshfield Street, said after he had run past the men, one of them had caught up with him and rugby tackled him, and another sat on him, pinning him to the ground.

He said: “Someone with a white metal pole came up to me and touched it to my head and said, ‘I should just kill you now, that’s all you’re worth.

Hobbs, of no fixed address and formerly of Freshfield Street, said the experience had been one of the most frightening she had ever experienced while disrupting a hunt.

She said: “I have never experienced such an aggressive response. It was the most frightening experience I have ever had.

“I was trying to get away and this guy jumped out of nowhere with a really long stick and started shouting and waving it at me.

“The situation had become extremely dangerous.”

She said she had filmed parts of the encounter, including when Robinson was threatened, but the footage turned out to be blurry so had not been produced at trial.

Crispin Field, of no fixed address and formerly of Gladstone Terrace, said: “We were walking in that area of the south downs because we understood there could be illegal fox hunting in that area.

“It was quite a large area, nothing too specific and I knew from my previous experience of monitoring the South Downs and Eridge Hunt is that quite frequently they seem to be doing things that are illegal or at the least putting wildlife at risk, i.e. hunting with hounds.”

Melissa Page said she had been left “traumatised” by the reception they had got by masked members of the shoot.

She said: “They were really aggressive from the outset. As soon as they got out of the buggy they were shouting at us, swearing at us, telling us we had no right to be there and that we didn’t belong there.

“At one point they mentioned that we had been there the previous week which I replied I have no idea what you are talking about.”

Page, of Shanklin Road, said she couldn’t produce the WhatsApp conversation because she had deleted the app earlier this year. Robinson said he had had three phones since November 2017 and the messages had been lost each time he swapped handsets.

Hobbs said she hadn’t been informed by WhatsApp, and didn’t want to call the person who had called her and told her about the fox hunt because informants aren’t usually willing to stand up in court.

The CPS refused to release the footage.