They asked officials to draw up a report setting out how much uniforms cost at each school and what help is available for those who struggle to pay for them.

The move was in response to a petition presented by former Labour councillor Emma Daniel.

She brought a petition signed by almost 1,500 people to a virtual meeting of Brighton and Hove City Council asking for help to reduce the cost of secondary school uniforms.

Her daughter’s school required £7 branded socks and polo shirts costing £8.95 even though they can be bought for £4 on the high street – and a new £30 skirt was brought in this year.

Ms Daniels said: “Secondary school uniforms are too expensive across the board.

“School heads need to look at the good work of their primary contemporaries who minimise the mandatory branded items that their pupils need to wear usually to a jumper or cardigan.

“Families are then able to shop around for the best deals in supermarkets and the high street.”

Ms Daniel said that parents had to spend at least £80 on mandatory items, not including shoes, trainers for PE, coats and backpacks.

She said that more than one branded polo shirt was needed to keep a child clean and well-presented.

And this year children had had to wear their PE kits all day to reduce the risk of the coronavirus spreading in school changing rooms, she added.

Ms Daniels said that many youngsters were wearing the expensive school-branded tracksuits in the cold winter weather, adding to the costs, as generic brands were not permitted.

She supported the idea of school uniforms but did not agree with “forcing families into debt and hardship”. 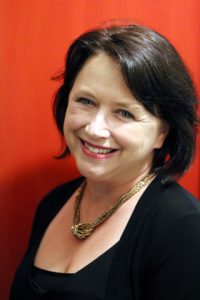 Green councillor Hannah Clare, who chairs the council’s Children, Young People and Skills Committee, said that secondary school heads should address the impact of the pandemic on family budgets.

Councillor Clare said: “This week we heard the news that redundancies are the highest they’ve ever been, even beyond the financial crash in 2008.

“Beyond this, we also have the huge take up of the furlough scheme for many people.

“The redundancies and the change in people’s financial situation is terrible news for people in our city who are finding themselves in circumstances they did not expect.

“I can understand the urgency of needing to do something about school uniforms now.”

Labour councillor John Allcock, the former chair of the Children, Young People and Skills Committee, called for a report.

He said that it should set out the uniform policy for each school and the associated costs, the support available for struggling families and should look at ways to reduce costs.

Councillor Allcock said: “Although wearing a school uniform is less expensive than buying a whole wardrobe of outfits, uniform can still be pricey.

“As Ms Daniel has highlighted, we know some schools in the city prescribe a specific supplier and wearing cheaper alternatives can result in reprimand if for example the skirt you’re wearing isn’t exactly the right skirt.”

Councillor Knight said that in her own ward, Moulsecoomb and Bevendean, the Brighton Aldridge Community Academy (BACA) was “extremely forthcoming” in helping families with the cost of a school blazer.

She was frustrated that schools required branded PE socks and other school-specific items.

Councillor Knight said: “It’s hard for me to understand the justification for such an expense and for other requirements too, like the wearing of branded expensive polo shirts, worn under branded expensive jumpers, or the ditching of a plain skirt that costs £10.95 for one that now costs £28.95.”

As a child, she said, she had free school meals and a uniform grant which was spent at a shop where the clothes were “not quite the right shade of bottle green”, resulting in bullying.

The mayor Alan Robins said that he had been given a £5 school uniform grant for a blazer but spent it on an album – The Rise and Fall of Ziggy Stardust and the Spiders from Mars by David Bowie.

He said: “In my defence, I still have got Ziggy Stardust and the Spiders from Mars. I doubt I would still have the blazer.”

Conservative leader Steve Bell asked why the issue had come up again as he said that he had worked with Ms Daniels when she chaired the former Neighbourhoods, Inclusion, Communities and Equalities Committee.

He asked officials to go back to the meeting papers from 2017 and 2018 when the council looked at “poverty-proofing” the school day.

Councillor Bell said: “We need to ask what have schools been doing for the last two years. We are still sitting here discussing the same thing.

“This is something that should be looked at for the good and benefit of all the children – and for the parents – to take the stress away.

“We are in a far worse situation than we were then. We had just had a period of uncertainty in the country. Now we have austerity still around because of covid.”

The report requested this evening is due to go before the Children, Young People and Skills Committee on Monday 8 March