A man has been jailed after being caught with a stash of drugs and drug-dealing gear in his flat in Hove.

Guiseppe Baker, 24, of Church Road, Hove, was given a three-and-a-half-year sentence after he admitted having cocaine, cannabis and ecstasy with intent to supply.

Sussex Police raided his flat in September and found drugs with a street value of at least £10,000 as well as £845 cash and packaging, scales and mobile phones used for dealing.

Baker refused to give detectives the pin (personal identification number) or password for the phones, Hove Crown Court was told.

Natasha Dardashti, prosecuting, said that Baker had “a significant role”, given the quantity and value of the drugs in addition to the “cutting” and packaging operation in his flat.

But Richard Cherrill, in mitigation, said that Baker did not have the capacity to have a leading role in a drug dealing set up.

Judge Martin Huseyin agreed but said that it was nonetheless an important role, almost certainly carried out on behalf of others.

Baker was also in breach of a suspended prison sentence for having drugs with intent to supply, the court was told.

He had 31 convictions for more than 85 offences, Miss Dardashti said yesterday (Monday 21 December), many of them linked to drugs.

But Baker, formerly of Romsey Close, Hollingdean, was also part of a gang of car thieves operating out of Whitehawk until 11 members were brought to justice five years ago.

His role was principally handling calls but he was already serving a suspended prison sentence for his role as a runner for a drugs ring selling crack cocaine and heroin in Brighton and Hove.

When the gang were sentenced in December 2015, Baker was jailed for eight months.

And twice in August 2018 Baker rode a motorbike dangerously through Brighton, at speeds of up to 70mph, with the police in pursuit. 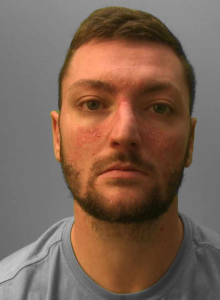 Mr Cherrill said that Baker’s late mother had drink and drug problems, including an addiction to opiates – and Baker was born with foetal alcohol syndrome and neo-natal abstinence syndrome.

His childhood was also affected by autism and attention deficit hyperactivity disorder (ADHD) and the death of his mother when he was 10.

Mr Cherrill said: “In many ways he was doomed from the start. His cycle of offending is of no surprise. It’s only surprising that worse things haven’t happened.

“Pursuant to his own addictive problems, he bought drugs and – as is wearisomely familiar to this court – he got into debt and was leant on.”

Baker then fell in with the demands of his dealers to become part of their set up, Mr Cherrill said.

He might expect to go to prison but, Mr Cherrill added: “With his most extraordinary start in life, the court may be persuaded to take a more charitable view.”

He urged the judge to defer sentencing Baker to give him a final chance – a tactic that had been tried before. 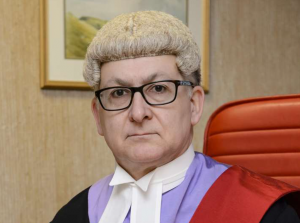 Judge Huseyin said: “I’m not going to do that.

He said that he would impose “an immediate custodial sentence” shortened by a number of mitigating factors, including an early guilty plea and Baker’s mental health, his relative immaturity, his “suggestibility” and capacity for rehabilitation.

The judge said: “He has some significant problems, having been born to a drug-addicted and alcoholic mother and a father with similar problems.”

He had significant learning difficulties, the judge said, as well as “poor impulse control” and a tendency to aggressive and anti-social behaviour.

He added: “He has a history since his teens of getting into trouble with the law. A number of non-custodial options have been tried over the years – to no good, it seems.

“You’re not someone who is not responsible for your actions. They are often very bad decisions.

“You’re not without insight about how you got yourself into this position.

“You were found with an awful lot of class A drugs. They were clearly being cut in your house.

“It is extremely unlikely, it seems to me, that you were the organising mind behind this whole affair but you were playing an important role.”

The judge said that Baker had worked in a skateboard shop until he suffered a knee injury “took that out of your life”.

He added: “You’ve struggled to find work and education to help give you the structure in your life that you seem to need – and a lot of effort has gone into that for you.”

Baker had a history of self-harm, the judge said, and had been treated in hospital for alcohol poisoning.

Judge Huseyin said: “For someone like you, prison is likely to be harder that it is for others.”

He jailed Baker for three years for having cocaine with intent to supply and gave him concurrent sentences of 32 months for the ecstasy and six months for the cannabis.

Baker, who has spent three months on remand in custody, can expect to be released on licence once he has served half of the 42-month total.