Concerns are growing for a missing woman from Brighton, police said this afternoon (Tuesday 5 January). 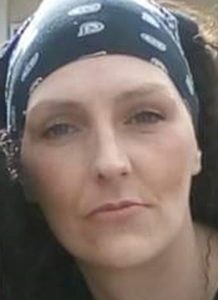 “Police are growing concerned for the welfare of missing woman Diana Hughes.

“The 38-year-old woman was last seen in the Western Road area of Brighton on Wednesday 30 December.

“She is thought to still be in the Brighton area but also has links to Peacehaven.

“She is described as slim build, walks with a slight stoop and was last seen wearing a black bobble hat, a short black jacket with fur around the hood, black tracksuit bottoms and white trainers, as pictured.

“If you see her or have any information as to her whereabouts, please contact police online or by calling 101 quoting serial 324 of 24/12.”