Brighton and Hove Albion goalkeeper Jason Steele, who saved four penalties in the penalty shoot-out win at Newport last night, has agreed a new contract with the club until June 2023. 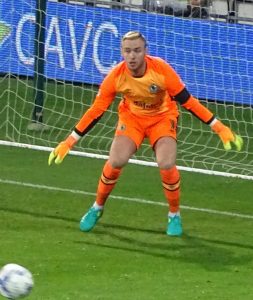 Head coach Graham Potter said: “Jason has been great for us and we are pleased to extend his stay here.

“He is fantastic within the group. He has supported the players even when he’s not been in the team and that is a credit to his character.

“He adds a huge amount to the goalkeeping competition we have and he proved that with the level of performance in the penalty shoot-out against Newport.”

The 30-year-old keeper has made three Carabao Cup and one Emirates FA Cup appearance this campaign.

And he impressed with his four penalty saves in the third round clash with Newport County as Albion advanced to the fourth round.

Steele joined Brighton in June 2018 after spells with Middlesbrough, Blackburn Rovers and Sunderland.

He has also represented England up to under-21 level.