Detectives investigating a stabbing in Brighton have published a photo of a brawl and issued a fresh plea for information. 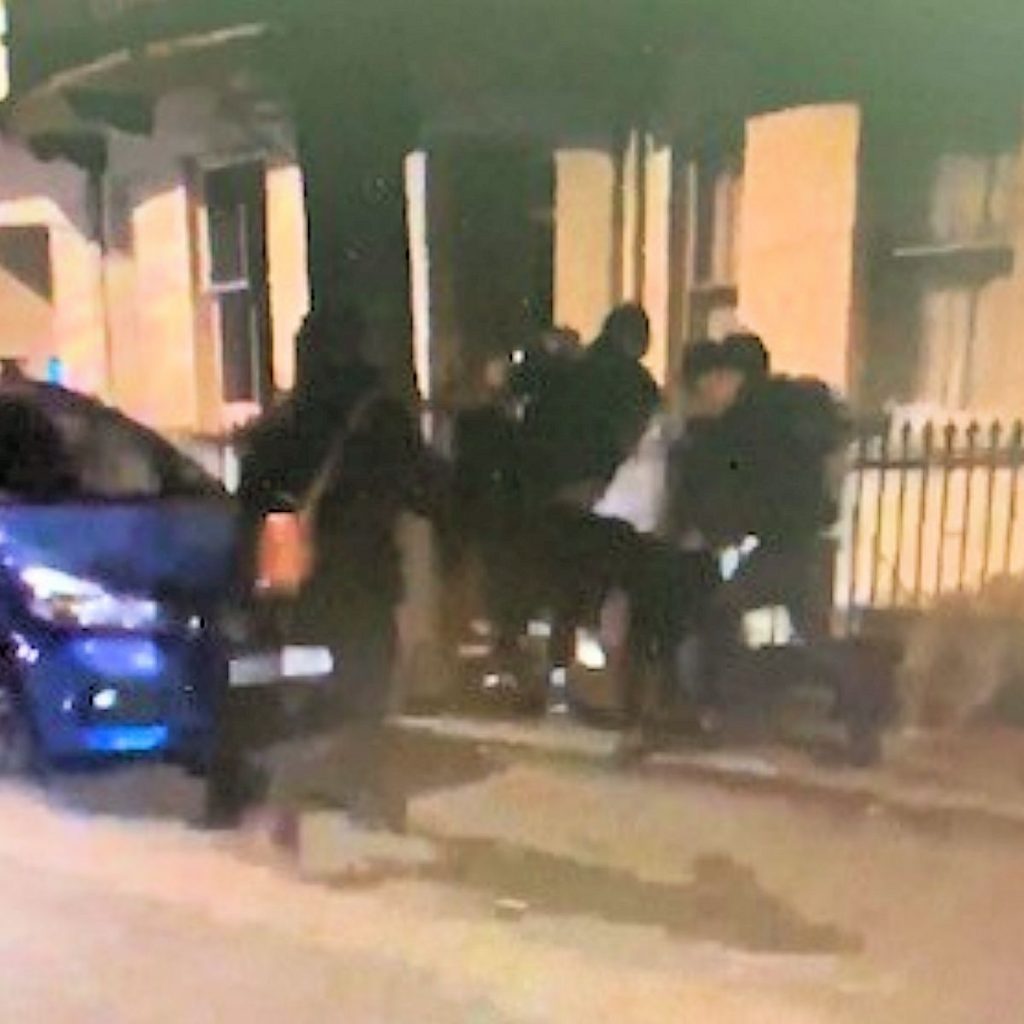 Sussex Police said today (Friday 15 January): “This image has been released as detectives continue to investigate a stabbing in Brighton.

“Anyone with any information about the incident in Montpelier Place at about 10.15pm on Wednesday 4 November is urged to come forward.

“Specifically, officers are keen to speak to the person who took this photograph and the person pictured wearing a tan shoulder bag.

“He is described as a black man with long dreadlocks which appear to be tied back.

“A 40-year-old local man suffered stab injuries and was taken to hospital following the incident.

He is now recovering at home but still requires extensive care.

“A total of six men, all arrested on suspicion of attempted murder, have been released under investigation, pending further inquiries.

Detective Inspector James Ansell, of the Surrey and Sussex Police Major Crime Team, said: “There were a large number of people in the area when this incident occurred and we’re confident someone can provide vital information about what happened.

“This image was provided to us by a third party and has since been deleted from social media. If you took the picture, or if you can help us identify the man with the shoulder bag, please come forward.

“We’re also keen to hear from anyone who may have CCTV, dash cam or doorbell footage of the incident.

“You can report information either online or by calling 101, quoting Operation Moorcroft.

“Or you can contact the independent charity Crimestoppers anonymously on 0800 555111 or online.

“The victim and suspects are believed to be known to each other and this is being treated as an isolated incident.”