Hundreds sign up for solar panels after councils’ campaign

More than 200 people in Brighton and Hove have signed up to have solar panels fitted after a council-led campaign across Sussex.

They are among more than 1,000 people throughout Sussex who will have roof panels fitted under the Solar Together Sussex scheme.

The campaign was led by West Sussex County Council which worked with Brighton and Hove City Council – among other local authorities – effectively to give individuals better buying power.

In Brighton and Hove alone, 1,083 registered their interest in the scheme and 206 have agreed to have solar power installed in their homes.

A further 15 have signed up to have batteries added to their existing solar panel set up.

Across Sussex as a whole, 1,097 have accepted a quote to have solar panels installed on their roof, with 82 more agreeing to have batteries installed to complement their existing solar panels.

West Sussex County Council said that the batteries enabled people to store surplus electricity generated by their solar panels so that they could use it when needed.

The council said: “By generating electricity from the sun’s rays, residents will save money on their bills and reduce their impact on the environment.

“The average UK home with solar panels can expect to reduce their annual carbon emissions by more than a tonne, which is equivalent of driving around 5,000 miles in a medium-sized modern car.

“The scheme launched in October 2020 with a higher-than expected response rate.”

West Sussex cabinet member for the environment, Councillor Deborah Urquhart, said: “Solar Together Sussex is a really good scheme that can deliver renewable energy systems to our residents at scale, to a high standard and at a competitive price.

“Interest in the scheme has been higher than anticipated. It has shown that a significant number of our residents are now seriously thinking about investing in renewable energy technology at home.

“This is really encouraging news as we all work hard to reduce our impact on the environment.

“The county council has committed to becoming carbon-neutral by 2030 and is keen to help residents do the same wherever possible.” 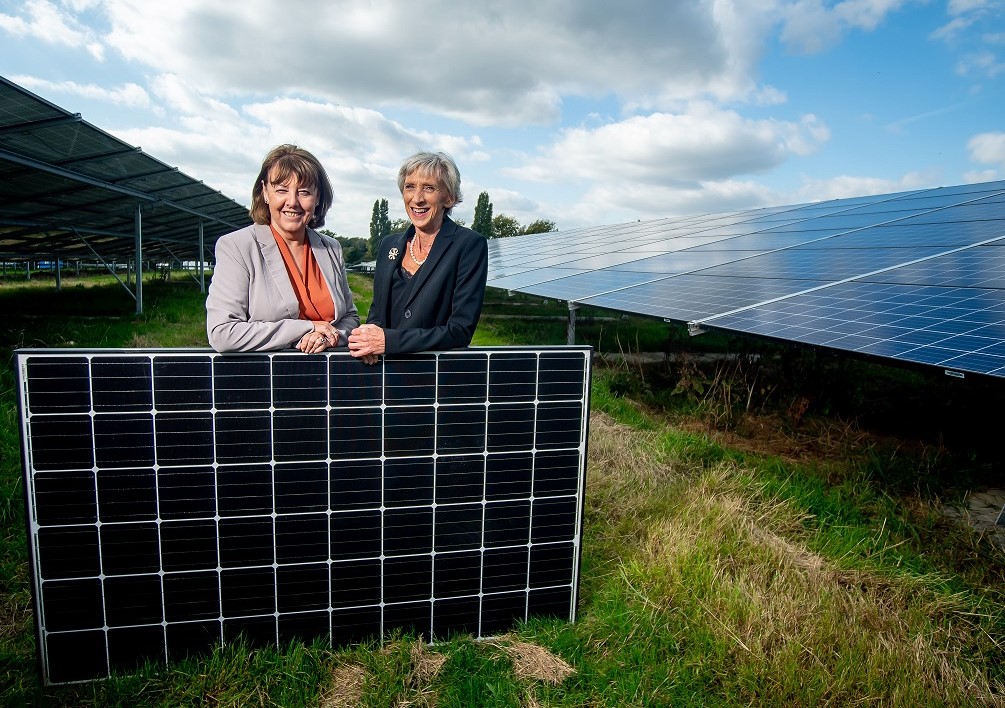 Solar Together Sussex is a partnership between Sussex councils and the group-buying specialist iChoosr.

The partnership was set up to make it easier and cheaper for residents to find a good-quality solar panel and battery system and someone reputable to do the installation work.

Solar Together Sussex has been working with iChoosr and accredited installers to offer customers a competitive price by taking advantage of the economies of scale resulting from the large number of local installations generated by the scheme.

The scheme was designed to be “cost neutral” to the councils involved – and any surplus generated by the scheme will be paid into a fuel poverty fund overseen by West Sussex County Council and distributed to those in hardship through Citizens Advice.

Anyone wanting to take advantage of future phases of the scheme can click here and click on the “Register today” button in the “Keep me posted” panel. Those who register will be under no obligation to buy.