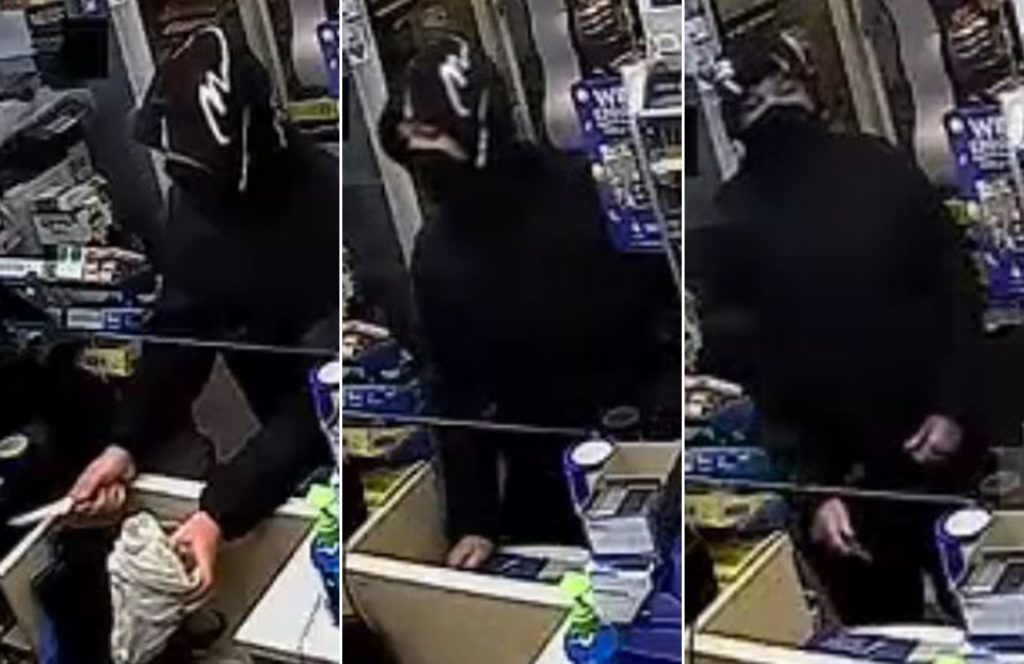 A knife-wielding robber was thwarted by a Brighton shopkeeper, Sussex Police said this afternoon (Thursday 21 January).

Now Sussex Police detectives re trying to find the man who went into the Premier store, in Carden Avenue, Patcham, on Tuesday evening (19 January) but fled empty-handed.

The force also published security camera pictures of the suspect and appealed for witnesses and information about the attempted hold up.

Sussex Police said: “Detectives in Brighton are searching for a man who tried to rob a convenience store at knifepoint.

“At about 9pm on Tuesday 19 January the man entered the Premier store in Carden Avenue, Brighton, threatened the shop assistant with a large kitchen knife, and demanded money.

“But this was refused and he left empty handed.

“The suspect is described as white, about 6ft, of broad build, wearing a black mask, a black hoody with distinctive white lines on the hood, a black jacket over the hoody and speaking with a local southern accent.”

Detective Sergeant Jenny Pietersen said: “If you recognise this man, please contact us either online or by calling 101, quoting serial 1193 of 19/01.