First vaccinations given at Brighton Centre 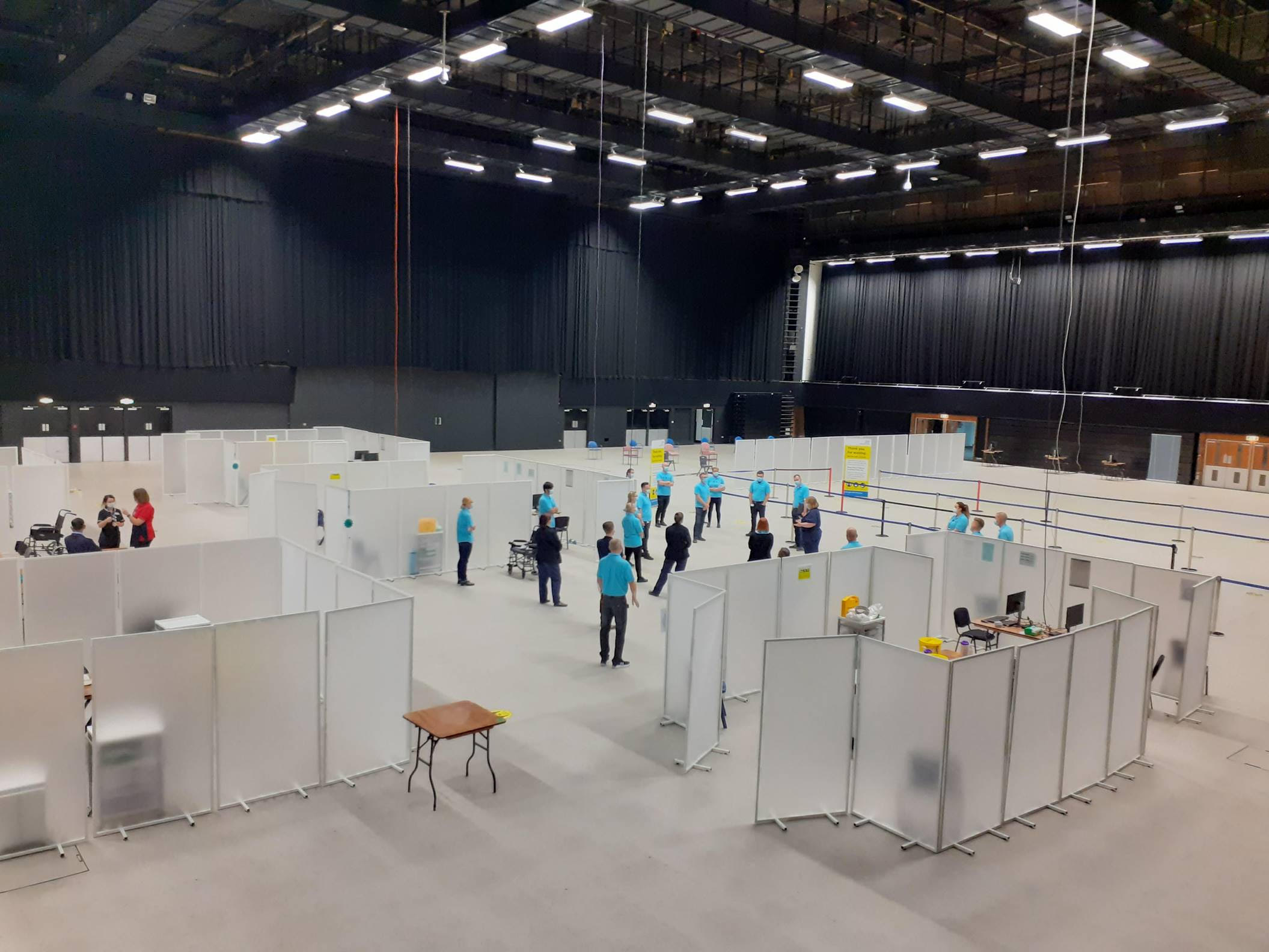 The first vaccination was given at the Brighton Centre this morning as months of hard work behind the scenes finally came to fruition.

The atmosphere in the main auditorium, where vaccination booths have been set up, was calm but there was a buzz in the air as the first people walked in shortly after 10am.

When fully up and running, the centre is expected to administer 3,000 vaccinations a day, significantly boosting the city’s capacity.

People living within a 60-mile radius of Brighton will be invited for appointments according to their priority on the vaccination schedule. NHS bosses are keen to remind people not to call their GP – or the council – and instead wait to be invited for an appointment.

Richard West, the trust’s estate director for operational transformation, said: “Seeing people on the floor today getting vaccinated is the fruits of the labour, it’s really great. Getting from spreadsheets to actual people.

“We have been on site since the beginning of January getting everything downstairs set up, and the back office, IT and HR all working.

“We’ve had to keep it officially under wraps while we’ve had training going on here.”

Three GP-led centres and community vaccination programmes have already seen thousands of the city’s over-80s given the vaccine – and yesterday, residents and staff at all the city’s care homes had been offered jabs.

Today, the Brighton Centre was open to NHS and social care staff, with the over-80s and the clinically vulnerable starting to come in tomorrow.

The Sussex Community NHS Trust, which is running the centre, has been preparing since November, starting with a massive recruitment drive.

But because details of the centre had to be kept under wraps for security reasons, this had to be advertised using social media and internal communication channels.

Despite this, the trust received more than 2,000 applications, and spent more than 750 hours interviewing people.

The 300 medics selected to administer the vaccines, who include 80 retired NHS professionals, have undertaken 1,000 hours of clinical training ready for today’s opening.

St John Ambulance staff are also giving support, and scores of volunteers have also signed up to help with stewarding and other admin tasks.

The trust has also had to order 7,000 specially designed uniforms for them all.

When patients arrive at the front entrance, they will be greeted by clinical screeners, and will then be directed up the steps through to the main auditorium. A lift is available for those who need it.

Booths have been set up in the large, reassuringly airy hall where the vaccinations themselves will take place. Once completed, patients will go out the back entrance into Russell Road.

It’s expected most patients will be in and out of the centre within half an hour.

Churchill Square has offered an hour’s free parking in its orange car park to anyone with an appointment – all that’s needed is a copy of the email or letter confirming your appointment.