A Japanese knotweed specialist from Brighton has won a national award. 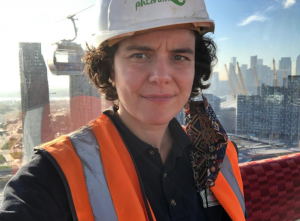 Eugenia Siccardi was named Student of the Year by the Property Care Association (PCA) after qualifying as a Certificated Surveyor of Japanese Knotweed (CSJK).

The environmental consultant took up training with her employer, Phlorum, after studying for a second master’s degree at Brighton University in environmental management and assessment.

She previously graduated from Florence University in her native Italy in 2012.

Ms Siccardi joined Phlorum, a multi-disciplinary environmental consultancy, based in Woodingdean and specialising in Japanese knotweed removal, air quality assessments and ecology, in 2017.

Phlorum’s co-founder Richard Schofield said: “We are really pleased for Eugenia. She has worked very hard to qualify for the CSJK and we’re delighted she has won this Student of the Year Award.

“She was promoted to senior environmental consultant earlier this year and the PCA’s CSJK gives our customers the assurance that she has specific expertise in Japanese knotweed.

“She’s done fantastically well to earn a promotion and win an industry award in the same year.”

PCA chief executive Steve Hodgson said that it had been a challenging year for people, professionally and personally, “which is why it is important that we recognise the talent and skills within our industry.

“I’d like to personally congratulate Eugenia at Phlorum for the hard work and dedication that is recognised with this award.”

Its rapid annual growth and relentless spread enables it to overwhelm other plants easily and destabilise buildings and other structures. 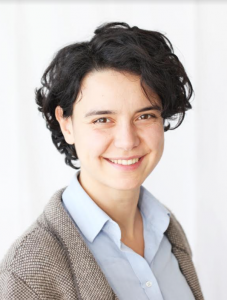 Its presence on the old Downsman pub site, in Hangleton Way, Hove, held up work on building the new Southern housing association homes there.

Brighton and Hove City Council said that it was not an offence to have Japanese knotweed on your land but it was an offence to allow it to spread.