Brighton and Hove wakes up to another dusting of snow 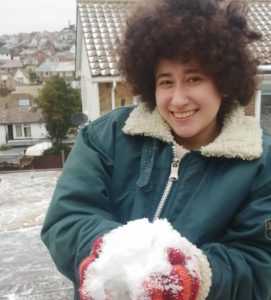 Brighton and Hove woke up to another dusting of snow this morning (Monday 8 February).

The Met Office extended the yellow snow warning covering the east of the country, including Brighton and Hove, to the end of Wednesday (10 February).

The official forecaster said: “Some roads and railways are likely to be affected with longer journey times by road, bus and train services.”

And it warned of a small chance of longer travel delays in places with some stranded vehicles and passengers, along with delayed or cancelled rail and air travel.

It also urged people to take care to avoid injuries from slips and falls on icy surfaces, especially as there would “probably be some icy patches on some untreated roads, pavements and cycle paths”.

The Met Office added: “There is a small chance that power cuts will occur and other services, such as mobile phone coverage, may be affected.”

Buses so far seem unaffected by the ice and snow can sometimes curtail services to the hillier outlying parts of the city.

Brighton and Hove Buses tweeted: “Due to a broken down ambulance in Lark Hill our 5 and 5A services are departing Hardwick road via the 5B route to Poplar Avenue.

Trains were running, although a fire and subsequent loss of electrical power in Portsmouth affected some west coastway services and a problem with a train blocked a line in the Streatham area.

ℹ️❄️ Following yesterday’s weather warning from the Met Office, we intend on running our advertised timetable again from the start of service.

👉 Please be advised that your journey may still be affected by a speed restriction at Salfords. Journey planners have now been updated.

The Met Office added: “Clearing snow and ice from the pavement outside your home or public spaces can help prevent slips and falls.

“Don’t be put off clearing paths because you’re afraid someone will get injured. Remember, people walking on snow and ice have a responsibility to be careful themselves.

“Follow the advice from the Department for Transport to make sure you clear the pathway safely and effectively.

“And don’t believe the myths – it’s unlikely you’ll be sued or held legally responsible for any injuries if you have cleared the path carefully.”

The Met Office said that it was better to clear the snow and ice early in the day, saying: “It’s easier to move fresh, loose snow rather than hard snow that has packed together from people walking on it.

“So if possible, start removing the snow and ice in the morning. If you remove the top layer of snow in the morning, any sunshine during the day will help melt any ice beneath.

“You can then cover the path with salt before nightfall to stop it refreezing overnight. 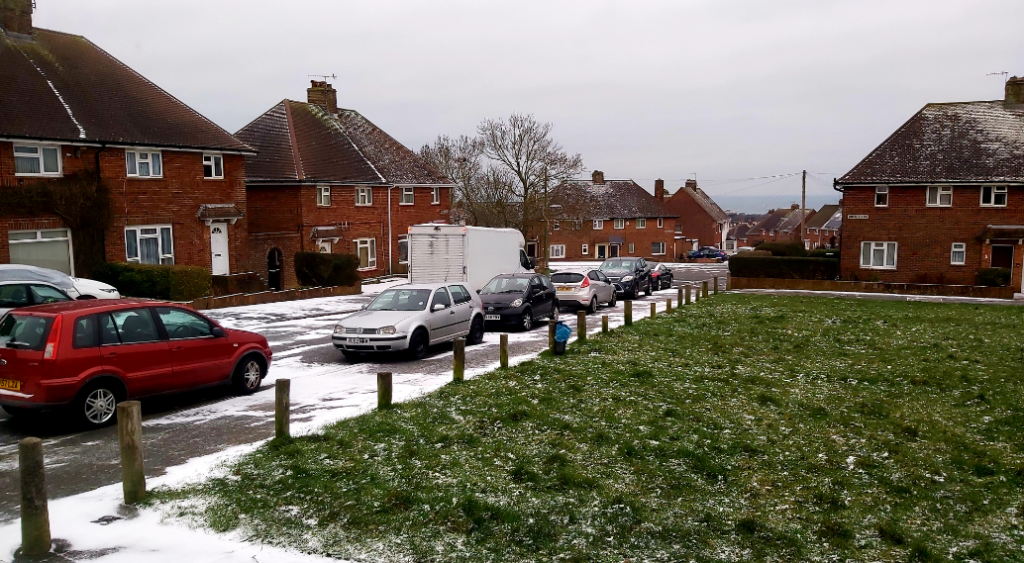 “Use salt or sand, not water. If you use water to melt the snow, it may refreeze and turn to black ice. Black ice increases the risk of injuries as it is invisible and very slippery.

“You can melt snow or prevent black ice by spreading some salt on the area you have cleared. You can use ordinary table or dishwasher salt – a tablespoon for each square metre you clear should work.

“Don’t use the salt found in salting bins – this will be needed to keep the roads clear unless your council advises otherwise.

“Be careful not to spread salt on plants or grass as it may damage them.

“If you don’t have enough salt, you can also use sand or ash. These won’t stop the path icing over as effectively as salt, but will provide good grip underfoot.

“Make sure you make a path down the middle of the area to be cleared first so you have a clear surface to walk on. Then shovel the snow from the centre of the path to the sides.”

And, the Met Office added, offer to clear your neighbour’s paths, particularly those who are less likely to be able to do it themselves.