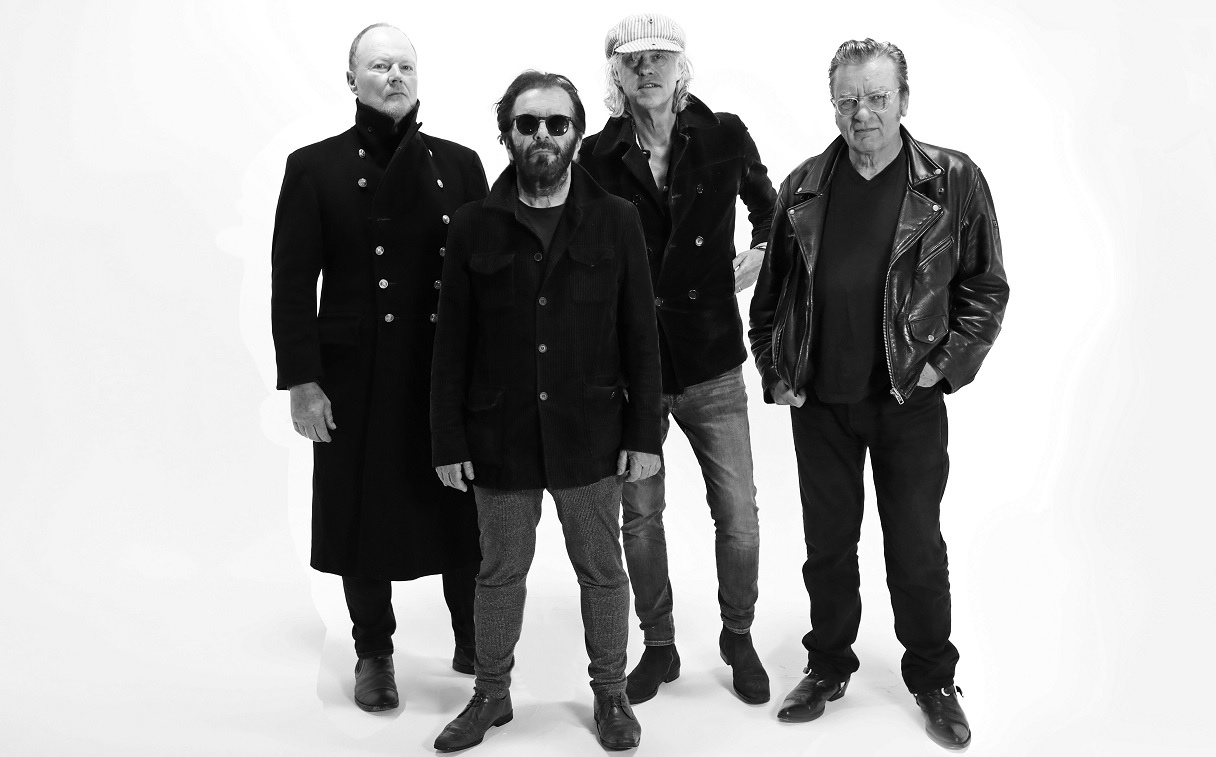 The Boomtown Rats were all set to mark 2020 (The Year Of The Rat) with the announcement of a brand new UK tour in support of ‘Citizens Of Boomtown’, their first new studio album since 1984. But sadly the Covid outbreak had other ideas. Although a book of lyrics and reminiscence by Rats singer Bob Geldof entitled ‘Tales Of Boomtown Glory’ did hit the shelves. 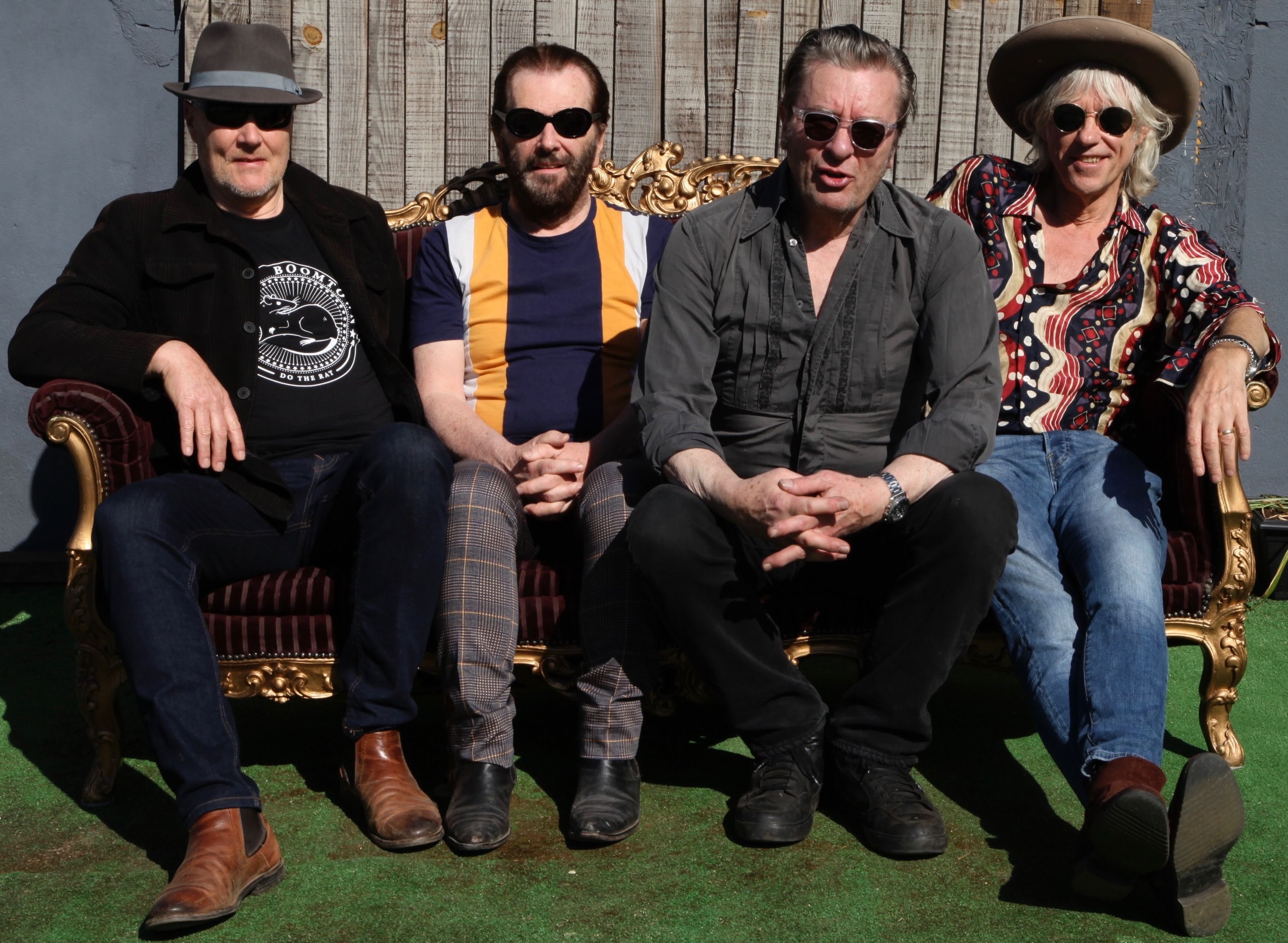 The Boomtown Rats – Bob Geldof on vocals, Pete Briquette on bass, Simon Crowe on drums and Garry Roberts on guitar – will tour the UK in 2021.

The new book by Bob Geldof ‘Tales of Boomtown Glory’, is a collection of the complete lyrics from Geldof’s Boomtown Rats and 7 solo albums, accompanied by an introduction and 28 song stories written by Geldof, with exclusive scans from his notebooks over the years. The stories provide a witty and honest account of the background, inspiration and context of the songs. Lyrics to the 189 songs include previously unreleased material as well as the new songs on ‘Citizens Of Boomtown’. 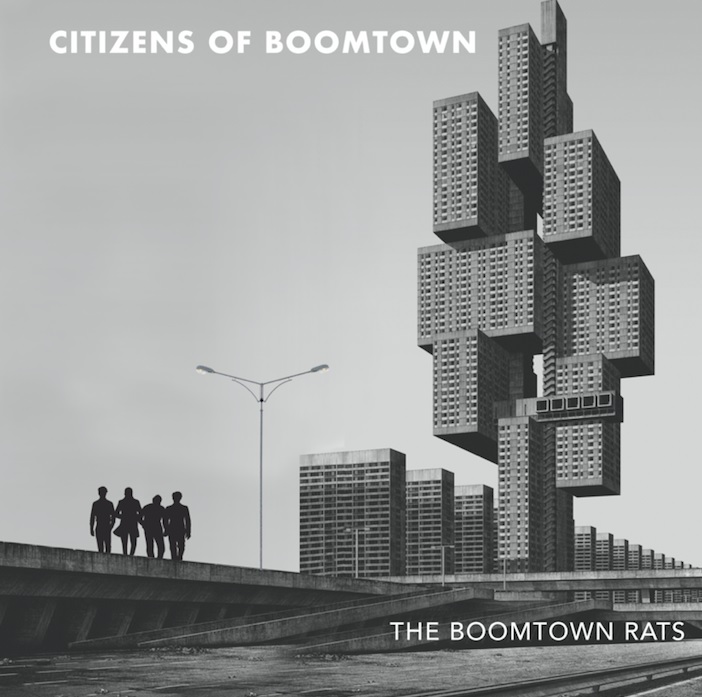 Formed in 1975 in Dublin The Boomtown Rats became part of the burgeoning punk scene. Singer Bob Geldof’s defiant motormouth arrogance and flagrant disrespect for authority endeared him and his band to every youth who felt weighed down by the heavy handed blandishments of church and state. In the UK The Boomtown Rats first toured with the Ramones and Talking Heads, rocking and mocking the status quo alongside the Sex Pistols, The Clash, The Jam and The Stranglers. They became one of the biggest bands of the late 70s/80s with a string of top ten hits and platinum albums, earning them Brit Awards and Ivor Novello’s. Making history as the first Irish band to have a UK no 1 hit with ‘Rat Trap’, they went on to top the charts in 32 Countries with ‘I Don’t Like Mondays’ and racked up 6 era-defining albums: ‘The Boomtown Rats’ (’77), ‘A Tonic For The Troops’ (’78), ‘The Fine Art Of Surfacing’ (’79), ‘Mondo Bongo’ (’80), ‘V Deep’ (’82) and ‘In The Long Grass’ (’84). In 1984, inspired by a TV report on the famine in Ethiopia, Bob Geldof organized the star-studded Band Aid and co-wrote ‘Do They Know It’s Christmas’, one of the biggest-selling singles in history. The next year he organised Live Aid.

When The Boomtown Rats took a break after 6 albums and countless singles it seemed the right time. They went off to their different lives. Bob Geldof made 7 solo albums. Then something pulled them back into each other’s orbit. It felt unforced, entirely natural and the rage and frustrations that drove the earlier incarnation of the band was no less tempered by time or life.