Brighton anti-zionist Tony Greenstein has been ordered to await trial in prison after being arrested for having “an article with intent to destroy property”.

His arrest and remand were reported by the JC – or Jewish Chronicle – today (Monday 15 March).

The newspaper’s website said that he was arrested in Walsall in the early hours of last Tuesday (9 March).

The report said: “Mr Greenstein was arrested along with other individuals by West Midlands Police officers.

“Following an appearance at Wolverhampton Magistrates’ Court, the 67-year-old was remanded in custody.

The JC also quoted Staffordshire Police as saying: “A 67-year-old man from Brighton has been charged with possessing an article with the intent to destroy property after being arrested by colleagues at West Midlands Police in Walsall in the early hours of Tuesday 9 March 2021.

“Anthony Greenstein of Little Crescent, Rottingdean, has been remanded in custody following an appearance at Wolverhampton Magistrates’ Court on Wednesday 10 March.”

He denied the charges when he appeared at Brighton Magistrates’ Court.

Just under a fortnight ago, on Tuesday 2 March, Greenstein was convicted of driving with a defective tyre in December 2019.

He pleaded not guilty but was convicted at trial by District Judge Tessa Szagun who found that he had committed the offence.

Greenstein drove a grey Toyota Yaris along Marine Drive, Brighton, with an inch-deep cut in the front near-side tyre. The cut was deep enough to reach the ply or cord of the pneumatic tyre, the court was told.

He was given three penalty points on his driving licence, fined £160 and ordered to pay prosecution costs of £150 and a victim surcharge of £32, making £342 in total. 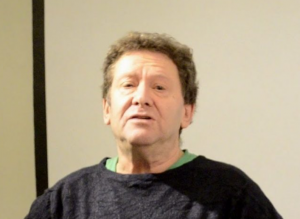 It was cheaper than the bill that he was landed with by a High Court judge in November last year when he lost a libel case.

Amanda Tipples, also known as Mrs Justice Tipples, ordered him to pay £67,886 to the Campaign Against Anti-semitism after he sued the CAA for defamation because it called him a “notorious anti-semite”.