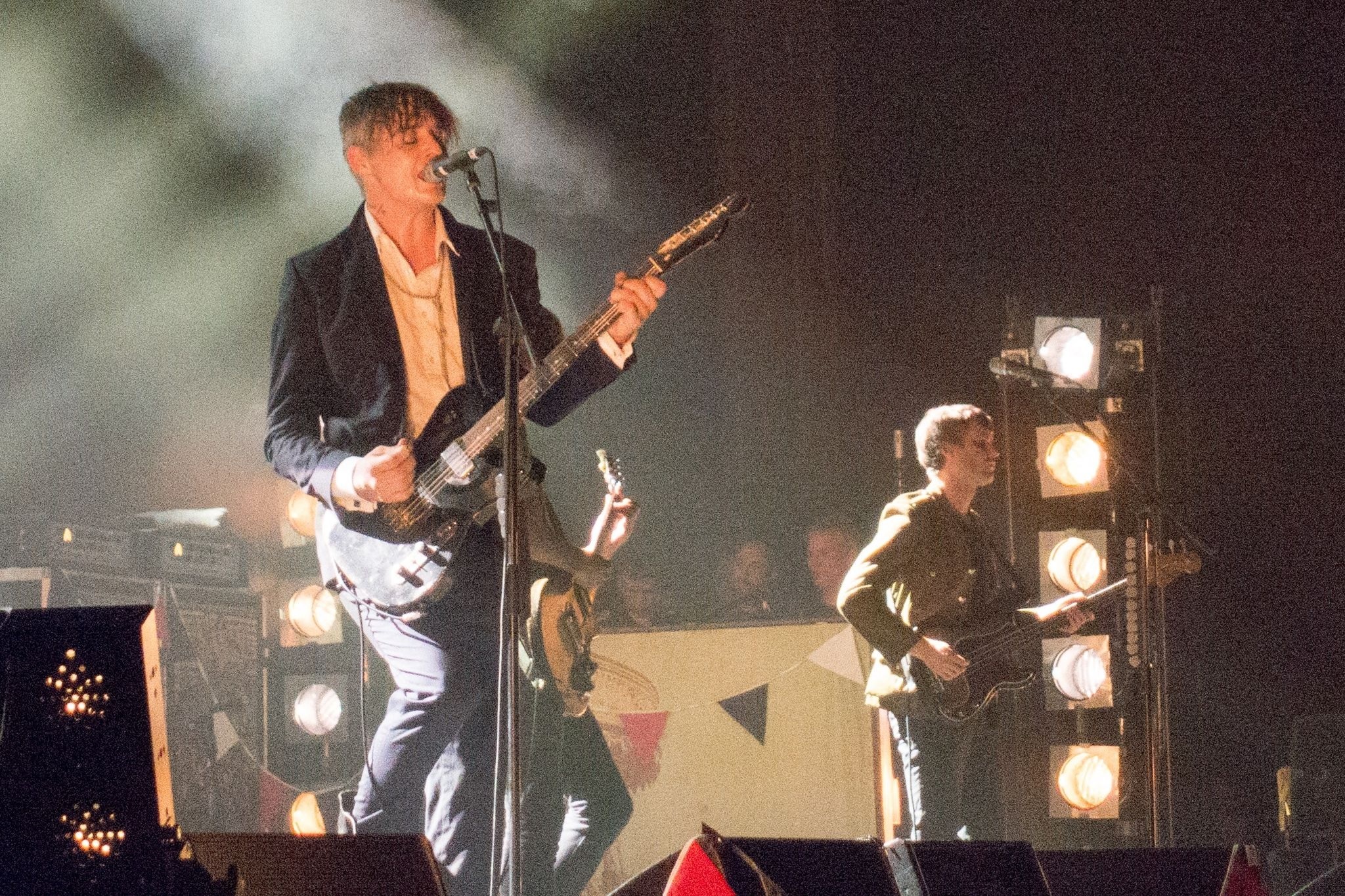 The Libertines live in Brighton in 2017 (pic Cris Watkins Photography/PunkInFocus) (click on pic to enlarge!)

Notorious garage rockers, The Libertines, are back at it and have announced a 15-date UK tour for this coming winter. They kick off in Bournemouth on Thursday 25th November and then head along the coast to us here in Brighton on the following night. They will then be stopping at Norwich, Birmingham, Leeds, Edinburgh, Newcastle, Liverpool, Manchester, Cardiff, London (two nights), Bristol, Nottingham and Sheffield.

The Libertines originally formed in London in 1997 and currently are Peter Doherty (vocals/guitar), Carl Barât (vocals/guitar), John Hassall (bass guitar) and Gary Powell (drums). Their tour is titled ‘Giddy Up A Ding-Dong Tour’ and our local concert will be taking place at the Brighton Centre on Friday 26th November 2021. 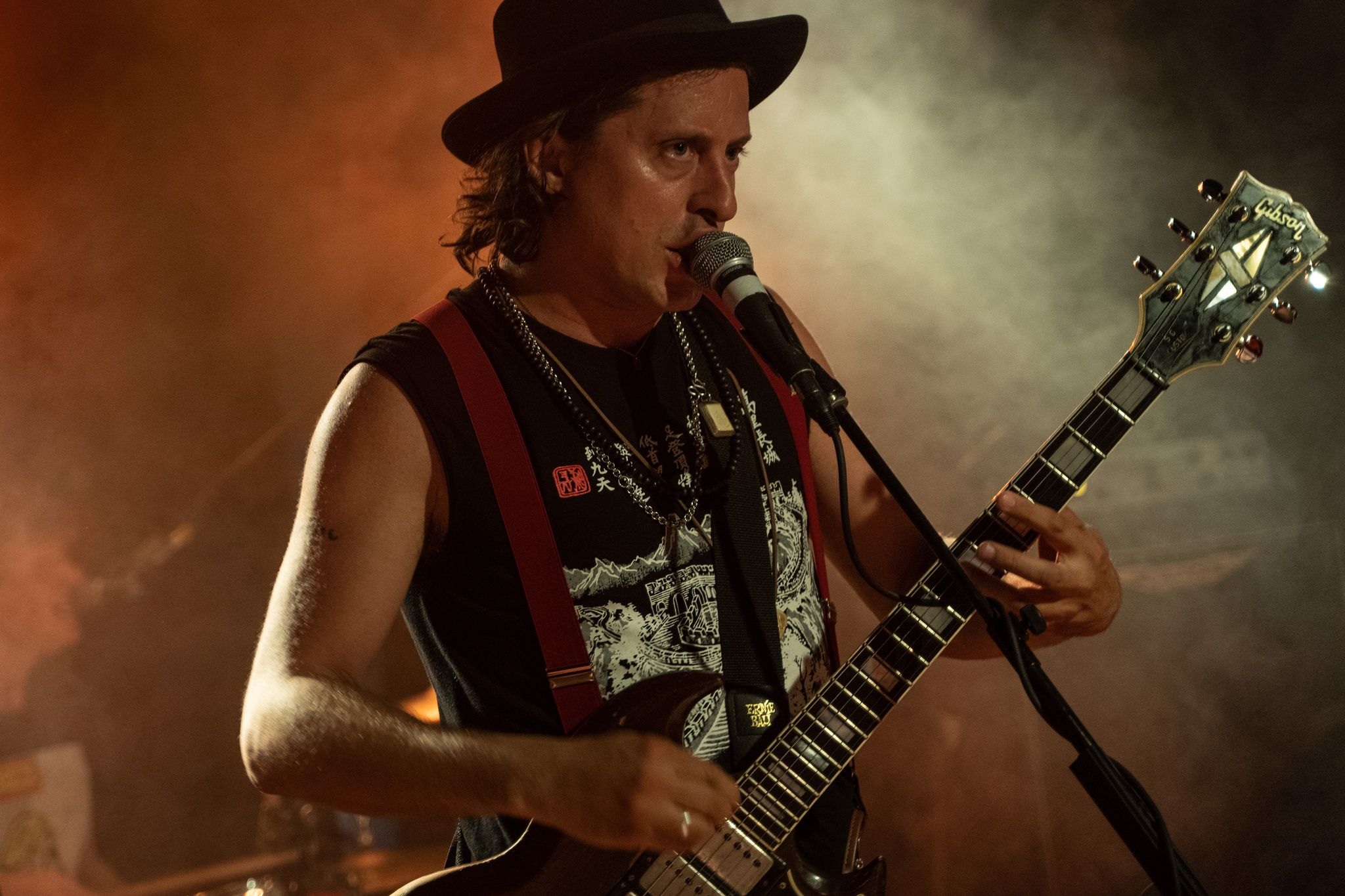 They have come a long way since their two intimate performances in Brighton back in 2002, when they performed at The Freebut on 3rd March and the Pavilion Theatre on 28th September. By 2nd October 2017, they had become massive and packed out the Brighton Centre.
That night their setlist was:
‘Time for Heroes’, ‘Bangkok’, ‘The Delaney’, ‘Barbarians’, ‘Heart Of The Matter’, ‘Tomblands’, ‘Boys In The Band’, ‘Campaign Of Hate’, ‘You’re My Waterloo’, ‘Horrorshow’, ‘Gunga Din’, ‘Can’t Stand Me Now’, ‘The Saga’, ‘Fame And Fortune’, ‘What Katie Did’, ‘Death On The Stairs’, ‘Tell The King’, ‘The Good Old Days’, (encore) ‘Music When The Lights Go Out’, ‘The Boy Looked At Johnny’, ‘Up The Bracket’, ‘Begging’ (aborted after 1st verse), ‘Dream A Little Dream Of Me’ (Ozzie Nelson and His Orchestra cover), ‘Don’t Look Back Into The Sun’.

The Libertines have thus far released a trio of studio albums: ‘Up The Bracket’ (which got to No.35 in the UK Album Charts in 2002), ‘The Libertines’ (which shot all the way to the top of the album charts in 2004 and contained their No.2 hit single ‘Can’t Stand Me Now’) and ‘Anthems For Doomed Youth’ (which made it to No.3 in 2015). The first two LP’s were on Rough Trade and produced by Mick Jones of The Clash. In November 2014 the band signed a record deal with Virgin EMI Records.

You can purchase your ‘Giddy Up A Ding-Dong Tour’ tickets from 9am on Friday 16th April 2021. Grab them HERE and for the Brighton Centre concert, you can also snatch them HERE.

Find out more about The Libertines by visiting their official website www.thelibertines.com 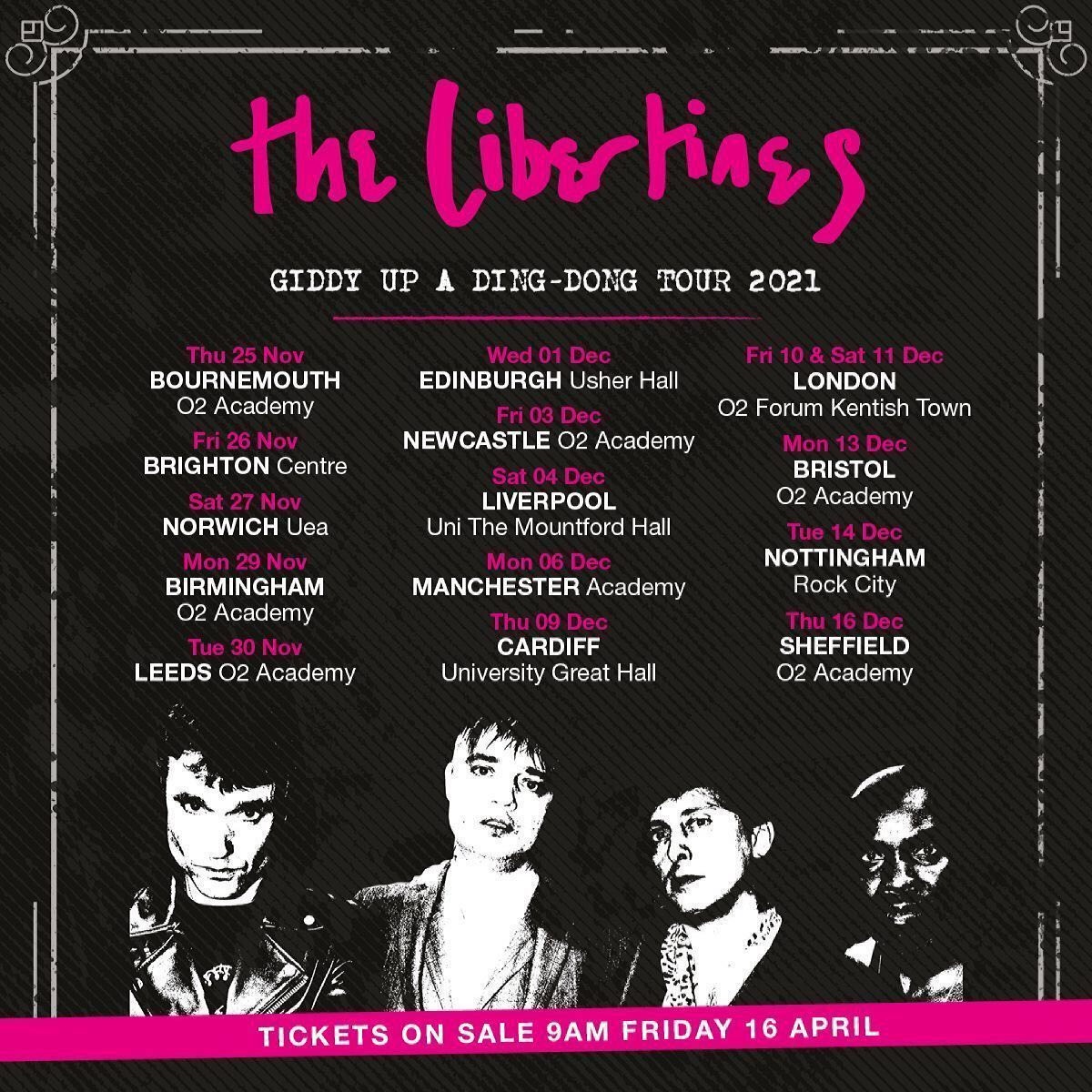