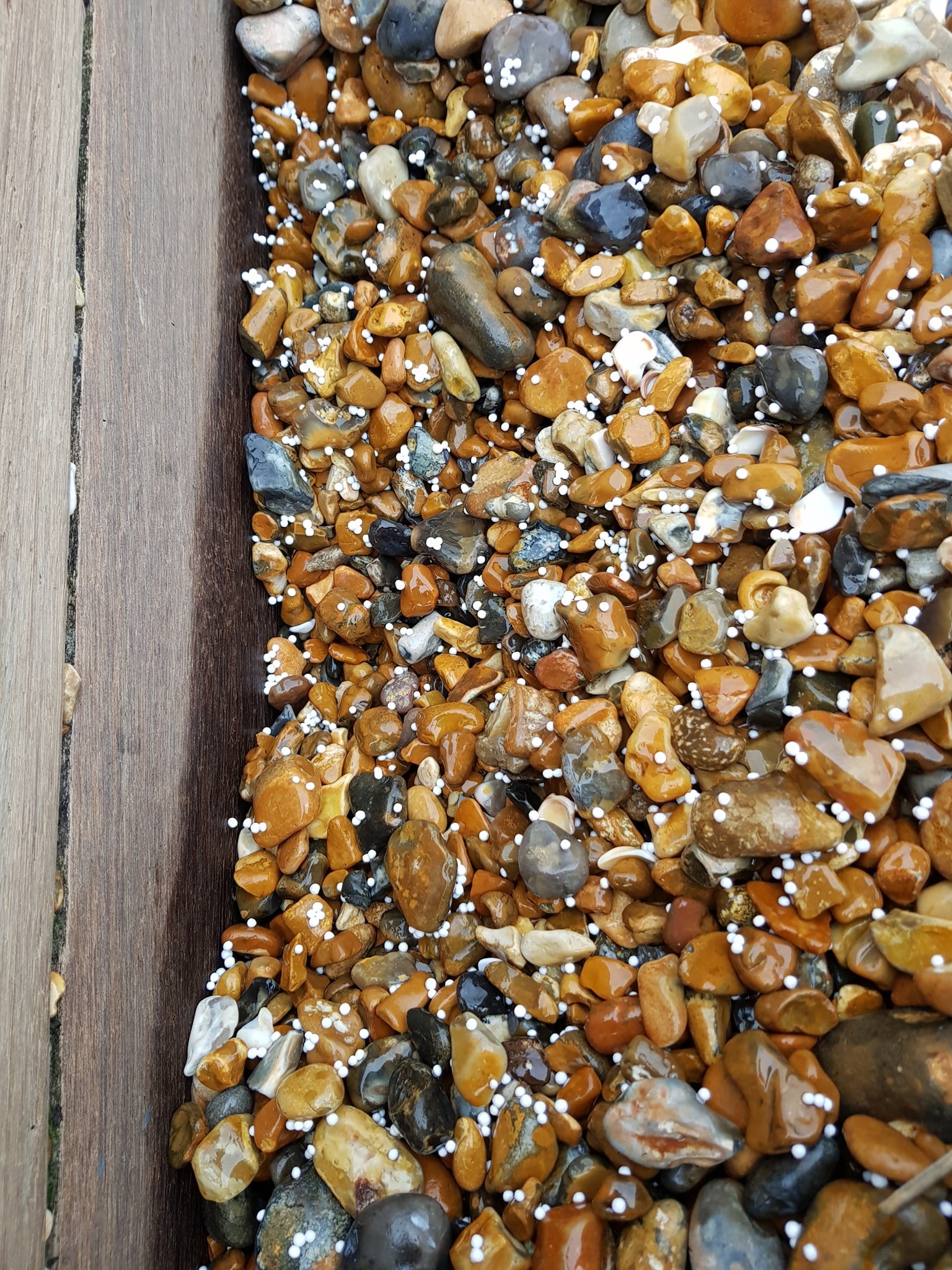 Thousands of tiny polystyrene particles washed up on the beach in Brighton and Hove will probably be there for decades, campaigners fear.

The small white plastic balls have been spotted from Brighton to Shoreham, and are thought to have come from a float which washed up on Ramsgate Beach in February.

The city’s community, particularly those already involved with the two-minute beach clean-up initiative, has rallied round to try and clear up as many as possible.

But because they are so hard to collect, it’s likely they will be in the shingle for many years to come.

Coral Evans, founder of beach clean-up campaign group Leave No Trace, said: “Our theory is that it’s come from a polystyrene float which broke up and washed up in Kent. It’s not a regular occurrence.

“The stormy weather and the power of the waves churned this piece of polystyrene into tiny pieces.

“They’re so tiny, but they cause such a big problem. They’re linked to serious diseases in humans and sea animals and development issues in invertebrates, at the bottom of the sea’s food chain.

“The only good thing to come out of this is response from the community to clear it up, whether it’s the David Attenborough effect or just more awareness.

“We have had so many members of the beach clean-up community get involved. We have had people out in the sea with sieves, just doing as much as they can.”

A council spokesman said: “We have been very concerned to see lots of tiny polystyrene balls washing up on beaches in the city.

“The situation is very upsetting, as we do not know where they have come from.

“We are committed to tidying up the beach as soon as possible. The impact of single use plastics on the marine environment is now well-known to cause damage.

“We have already been in touch with the environmental campaign group Leave No Trace, and are speaking to a specialist pollution contractor for assistance.

“We are also considering whether we can approach established beach clean volunteers and other residents to see if they can help.”