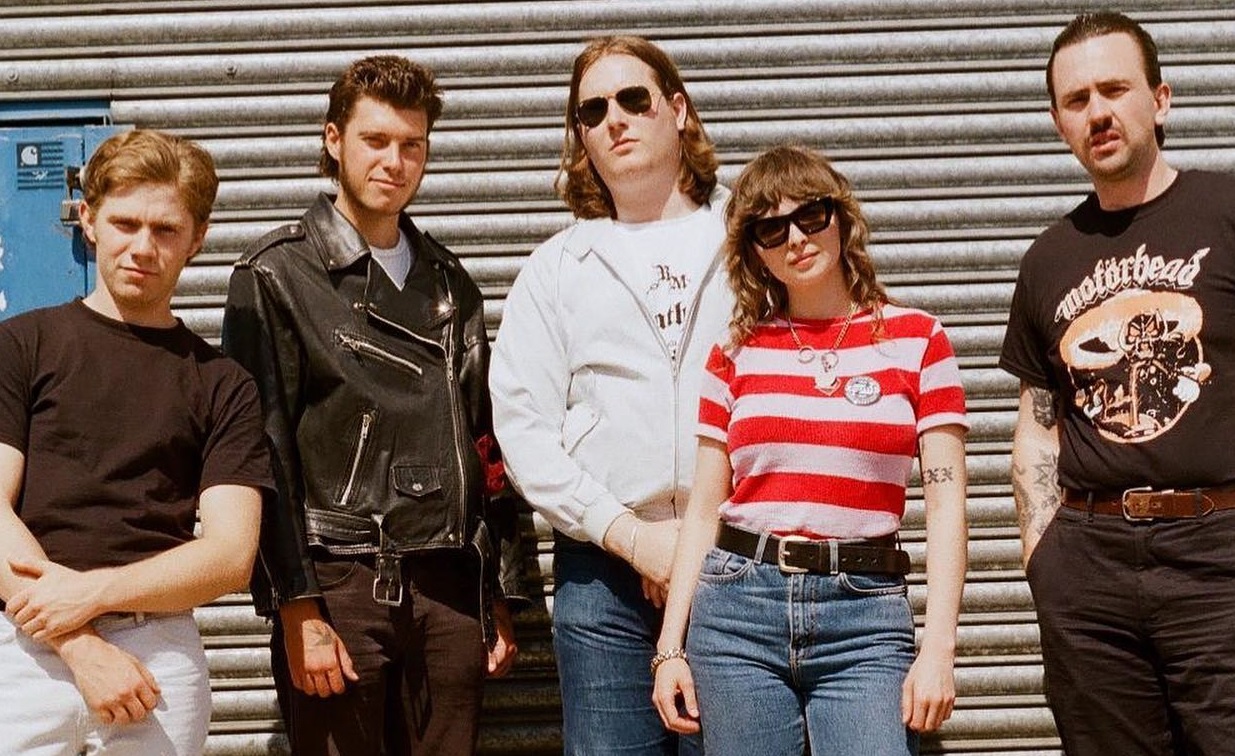 Chubby and the Gang are heading to Brighton (click on pic to enlarge!)

Oh yesssss! Get in there! We at the Brighton & Hove News Music Team are very excited to note that local promoters Lout have secured a date at the popular Green Door Store (located at Units 2, 3, & 4 Trafalgar Arches, Lower Goods Yard, Brighton Train Station, BN1 4FQ) with a night of excellence from the terrific Chubby and the Gang as part of their impressive 39 date UK tour. Tickets go on sales Friday 16th April at 10am.

Not only that, but today (14th April 2021), the band have announced the forthcoming release of a new double A sided 7″ single titled ‘Lightning Don’t Strike Twice’/’Life’s Lemons’. Watch HERE and pre-order it HERE. 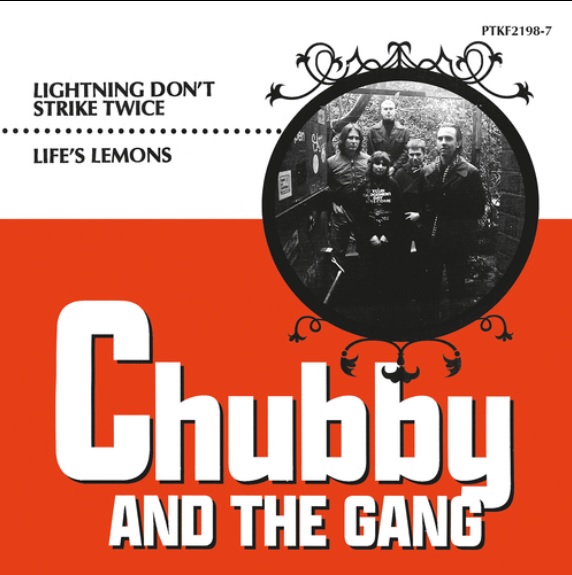 Forthcoming Chubby and the Gang 7″ single

Ethan Stahl from Gutter Knife and Joe McMahon were both happily residing here in Brighton until around a year ago and then the bright lights of London town came-a-calling and the lads both joined Chubby Charles, Meg Brooks and Razor in Chubby and the Gang.

This was a great move for them as the band then signed to the finger-on-the-pulse label Partisan Records, which is already home to Fontaines DC, Laura Marling, Fela Kuti, and IDLES. 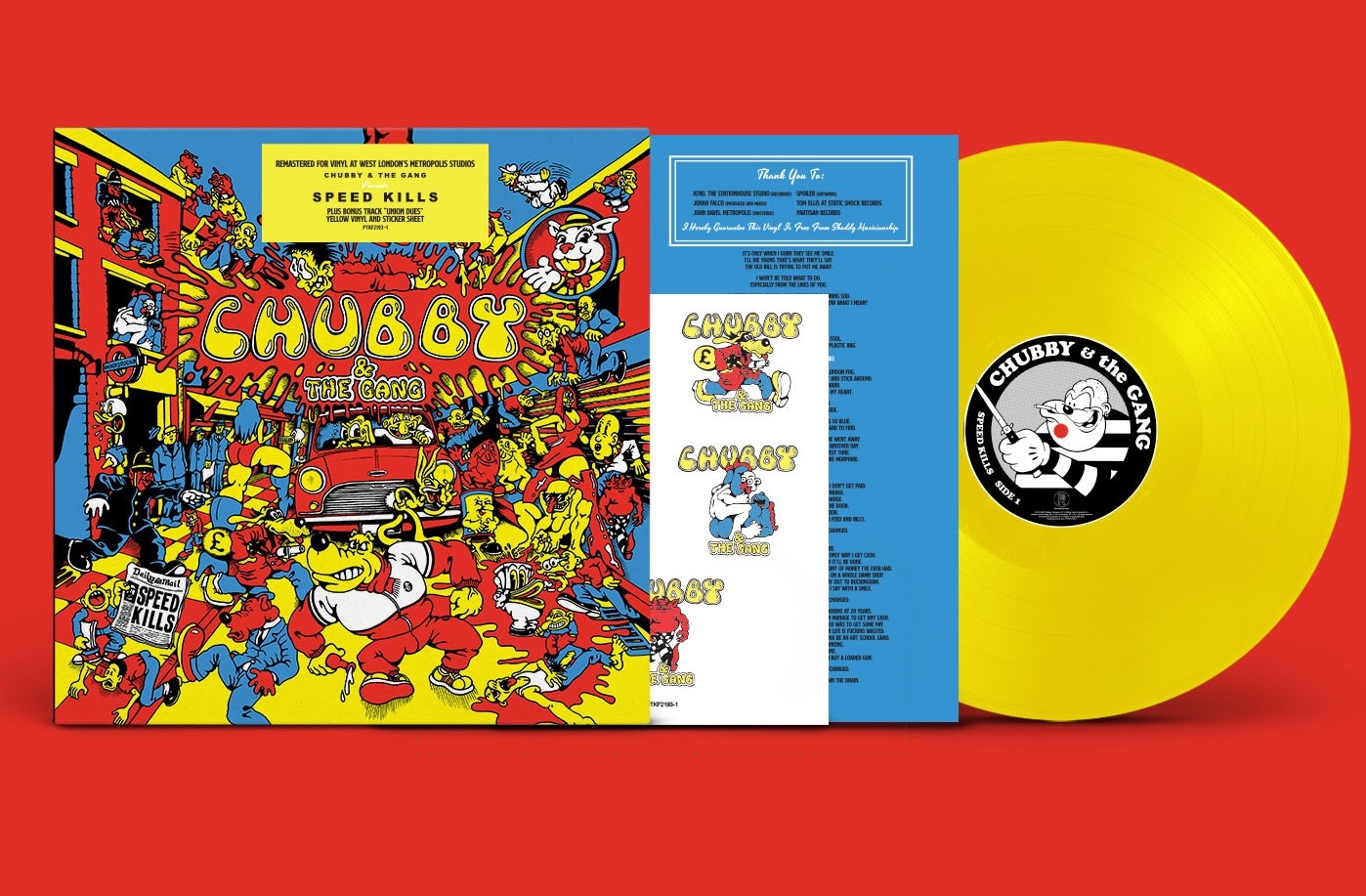 In celebration of that event, Chubby and the Gang shared a new song titled ‘Union Dues‘, which was originally written/recorded alongside their acclaimed 2020 debut LP ‘Speed Kills’. In addition, the group has shared a Looney Tunes-meets-West London video for ‘Speed Kills’ highlights ‘All Along The Uxbridge Road‘ and also check out ‘Grenfell Forever’.

Chubby and the Gang are fronted by Charlie Manning (who is an electrician by trade). There has been a sizeable buzz around the group and they have been leading a pack of bands coming out of a new wave of British Hardcore.

Underneath an unrelentingly fun concoction of hardcore, pub rock, doo wop, and blues, ‘Speed Kills’ boasts songs of deep substance and political conscience with a precise sense of time and place. Produced by Jonah Falco of F*cked Up, it has also proved to be one of last year’s surprise critical hits. It received an 8.0 Pitchfork review, Stereogum praised its “massive barroom gang choruses, power chords at breakneck tempos, rock spelled R-A-W-K and visceral gratification,” and Paste went as far as to call it the “the best punk-pop LP in recent memory”.

‘Speed Kills’ was then digitally remastered for vinyl at West London’s Metropolis Studios and reissued in yellow vinyl and standard black vinyl (and cassette) formats via Partisan last winter. There was also a limited-edition version that included a black-and-white colour-in sleeve with crayons. 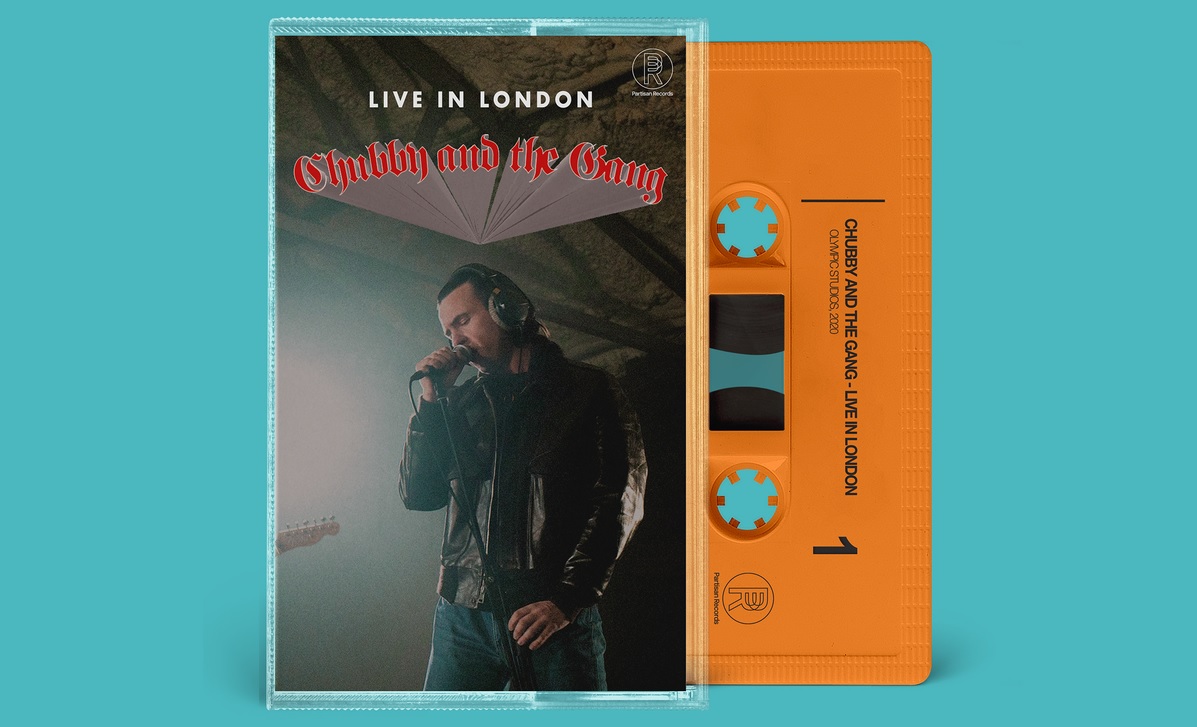 On 21st May the band will be releasing a cassette tape ‘Live In London’ with all profits being donated to Khalsa Aid. Pre-order your cassette tape HERE.

Grab your Chubby and the Gang gig tickets for their Green Door Store performance HERE from 10am Friday 16th April or from your usual ticket retailer.

Find your Chubby and the Gang merch HERE or from your local record store. Listen to/purchase their releases on their Bandcamp page HERE.

More on the band at www.chubbyandthegang.com. 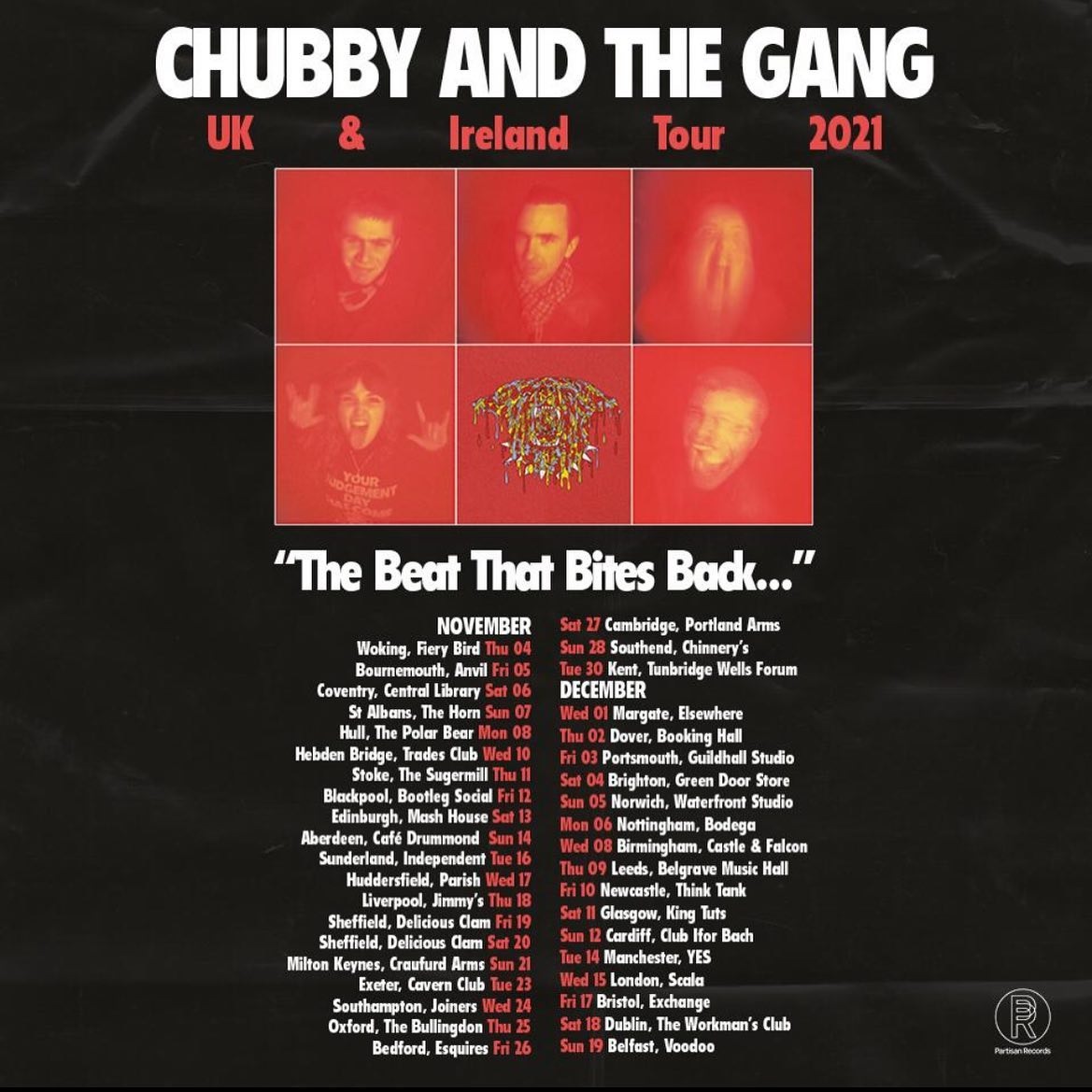