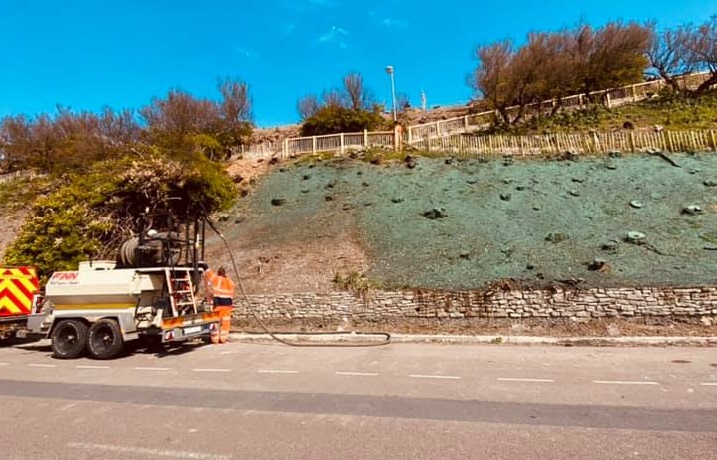 Duke’s Mound has been given a bright green coating this week as the slopes are sprayed with wildflower seeds.

The non-native tamarisk bushes which used to cover the site were cut back and some removed in February as part of the wider regeneration of Black Rock.

Now, native grass and wildflower seeds are being sprayed onto the earth to replace them.

A council spokesman said: “The seed spraying consists of applying a mix of native grasses and wildflower seeds using a technique called Hydraseeding.

“This technique is often used on steep slopes. It will apply a liquid mix of special binders, growing medium and seed onto the slopes using high pressure hoses.

“The slurry will quickly harden into a green skin which quickly changes to brown and then slowly biodegrades over the following 18 months by which time the grass sward will have started to become established.”