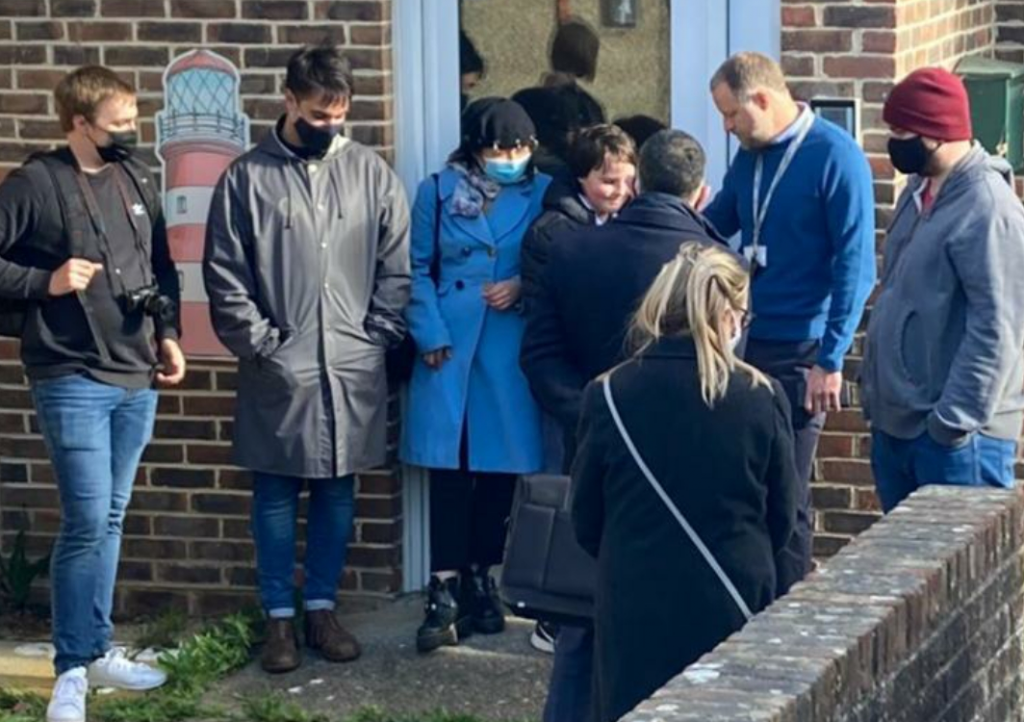 The chief executive of an academy chain was accused of assaulting a primary school pupil in Brighton today (Monday 10 May) – a claim that he denies.

The child’s mother said that she reported the assault to Sussex Police although the officers who were present were dismissive and reluctant to take details.

The former leader of Brighton and Hove City Council, Daniel Yates, said that he was appalled by what had happened, adding: “They should try picking in people their own size.”

The alleged assault happened at Moulsecoomb Primary School when the chief executive of the Pioneer Academy, Lee Mason-Ellis, was met by a protest when he arrived for a visit.

The academy trust and Mr Mason-Ellis said: “The version of events which have now been put forward simply did not take place.

“The Pioneer Academy and I treat all matters of safeguarding extremely seriously. We will of course co-operate with any investigation into the matter, but strongly reject the allegations which had been made.

“We respect the right to peaceful protest, but are saddened that our visit to the school has been overshadowed by the unfounded allegations which have since followed.”

The government wants the academy chain to sponsor the school after a poor report two years ago from inspectors from the official education watchdog Ofsted.

One of the inspectors behind the damning report, Timothy Rome, is a regional director of the Pioneer Academy schools.

About 20 to 30 protesters tried to bar the way and the visitors eventually left about four hours later.

But before they went, they tried to get past an 11-year-old boy, Mason Cobb.

Mr Mason-Ellis is accused of grabbing the boy, who has special needs, by the wrist as people around them told the academy boss not to physically manhandle the child.

Mason’s mother, Amanda Gutteridge, said that the head teacher was there and that Mr Mason-Ellis should have asked the head to handle the situation.

Moulsecoomb and Bevendean ward councillor Amanda Grimshaw said: “I am deeply concerned and troubled at the behaviour of the CEO of Pioneer if he thinks it’s suitable to physically manhandle one of our most vulnerable children.

“This was in public I dread to think how he might behave behind closed doors.”

Councillor Yates, who also represents Moulsecoomb and Bevendean, said: “Parents, children and local activists have always been very clear that they don’t want an academy here.

“Our school has a great record in looking after and supporting some of the most vulnerable kids in the city.

“Today’s events only go to show that the Pioneer Academy trust cannot be trusted with our young people.

“I’m appalled beyond words at the actions of one of their representatives. Maybe they should try picking on people their own size next time.”