The former girlfriend of Babes in the Wood murderer Russell Bishop has been convicted of perjury and perverting justice by a jury at Lewes Crown Court today (Monday 17 May).

Jennie Johnson, 55, of Saunders Park View, Brighton, was found guilty of both charges on a majority verdict after almost 12 hours of deliberation.

Johnson, also known as Jennifer Robinson, admitted swearing a false statement and lying under oath at the same court when Bishop stood trial for the Babes in the Woods murders in 1987.

After her evidence, notably about a Pinto sweatshirt worn by Bishop, he was acquitted of murdering two nine-year-olds, Nicola Fellows and Karen Hadaway, in Wild Park, Brighton, in October 1986.

He went on to snatch a seven-year-old girl from the street in Whitehawk in February 1990, shoved her in the boot of his car and drove her to the Devil’s Dyke.

At the Dyke, he sexually assaulted her, strangled her and left her for dead in bushes. Miraculously she survived and her evidence helped to put Bishop behind bars.

After advances in forensic science and a change in the double jeopardy law, Bishop was retried and convicted of the Babes in the Wood murders in 2018 and jailed for life.

Johnson admitted having lied in her statement and in the witness box but pleaded not guilty, citing duress, saying that she was in fear and had no choice.

He said that duress could apply when someone threatened a defendant or a person close to them with immediate or almost immediate violence and the threat involved death or serious injury.

For duress to apply, there would have to be no opportunity to escape or take steps to deal with the threat such as seeking police protection.

Chris Henley, defending, told the jury that Johnson had been in a violent, controlling and coercive relationship with Bishop. 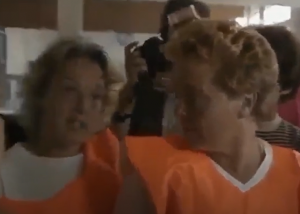 Johnson said in evidence that he was violent, she was afraid of his family – the Bishop and the Dawes families – and that she had no choice but to act in the way that she did.

Alison Morgan, prosecuting, said that Johnson was a fully paid up member of Team Bishop who gave an alibi to the father of three of her four children.

And Team Bishop benefited, Miss Morgan said, from a £15,000 deal for their story with the now-defunct News of the World newspaper when Bishop was acquitted, although Johnson denied seeing a penny of the money. 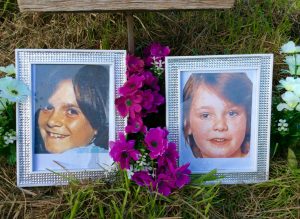 In his summing up, the judge said that the jury would have to decide whether there was any evidence of her reporting threats or seeking help.

On Friday (14 May) the jury of seven men and five women sent a note saying that they were struggling to reach a unanimous verdict.

This morning the judge told them that he would accept a majority verdict, provided that at least 10 of them were in agreement.

Johnson was remanded in custody to be sentenced on Wednesday (19 May) in the same courtroom at Lewes where she committed perjury in 1987.