Former Brighton and Hove Albion striker Maheta Molango has taken over as the new chief executive of the players’ union, the Professional Footballers’ Association (PFA). 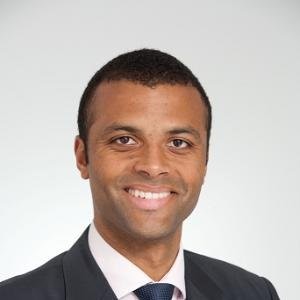 He took over last week from Gordon Taylor, 76, the former Bolton, Birmingham, Blackburn and Bury winger who held the post for 40 years.

Molango, 38, joined the Seagulls on a three-year contract in 2004, during the Withdean years, from the German side SV Wacker Burghausen – and after two years in Atletico Madrid’s youth team.

He scored after just 12 seconds on his debut in newly promoted Brighton’s Championship opener – a 3-2 defeat at Reading.

Having scored five times in five friendlies, it turned out to be Molango’s one and only competitive goal for Albion as the forward fell out with manager Mark McGhee.

Molango spent most of the next two and a half years on loan – to Lincoln City, the Spanish side UB Conquense, Oldham Athletic and Wrexham.

He played for Brighton one last time – only his sixth league appearance in a Skint shirt – coming on as a substitute at Carlisle in League One in September 2006 under Dean Wilkins.

When his contract was cancelled in early 2007 he joined non-league Grays Athletic but shortly afterwards he signed for the Madrid office of an international law firm, specialising in sport.

He went on to represent the Argentinian striker Leo Ulloa, who scored 24 goals in 60 games during two spells with Brighton.

And he was chief executive of Real Mallorca from 2016 to 2020 during which time the club won successive promotions to return to La Liga.

Molango, who was born in Switzerland to a Congolese mother and Italian father, is not the first former Brighton striker to go on to run one of the game’s institutions.

Gordon Smith, 66, spent three years as the chief executive of the Scottish Football Association from 2007 to 2010.

Smith scored 22 goals in 109 appearances for Brighton from 1980 to 1983, including the opener in the 1983 FA Cup final against Manchester United.

But Smith is better remembered for the goal that he didn’t score towards the end of extra time – immortalised by radio commentator Peter Jones who said: “And Smith must score!”

The match ended in a 2-2 draw, Albion – already relegated from the top flight – lost the replay 4-0 and Smith, who joined from Glasgow Rangers, was signed by Manchester City.

According to newspaper reports, Molango will earn about £500,000 a year in his new job although Taylor was reputed to have been paid £2 million a year for running the PFA.