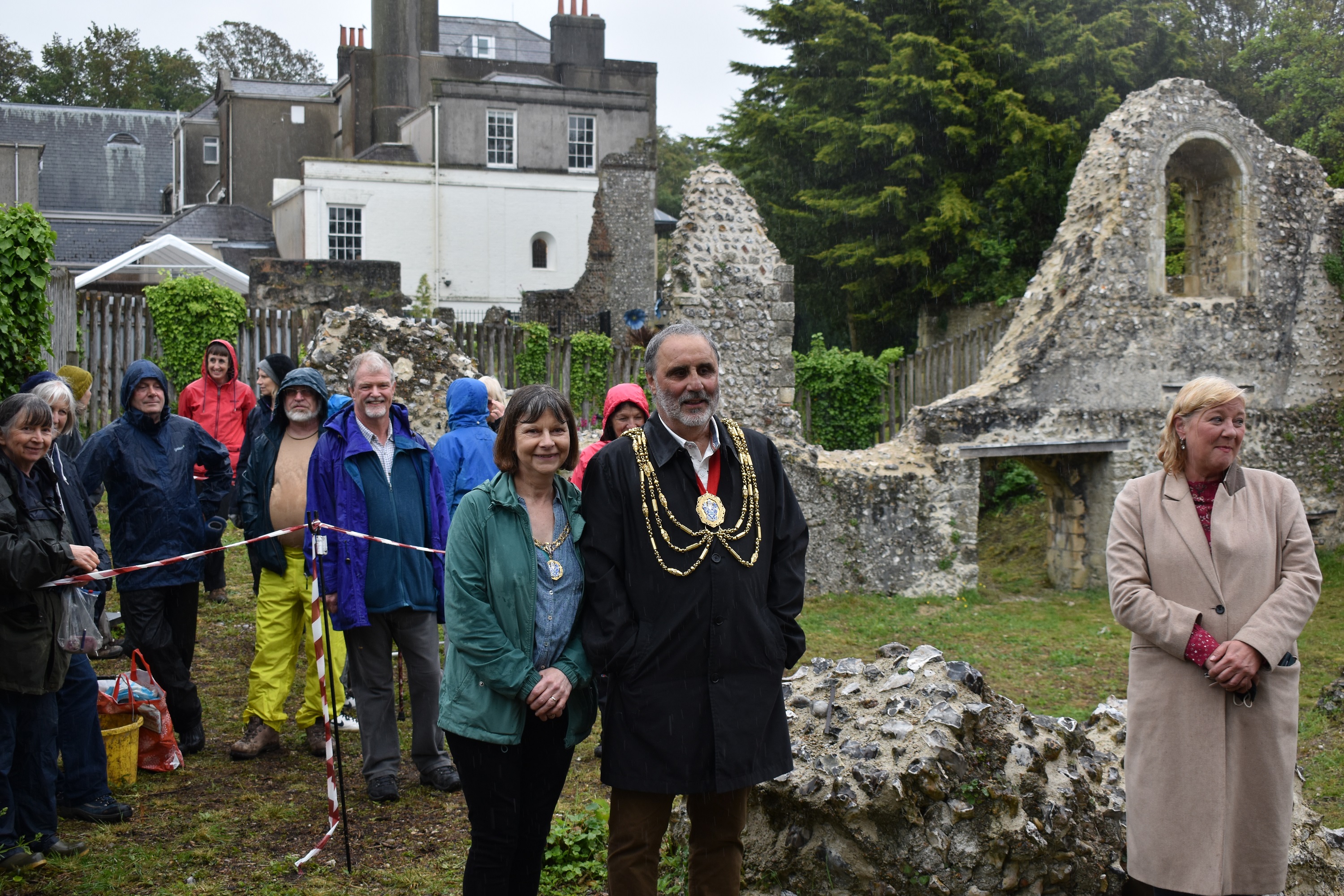 Medieval pottery, flint and the remains of a wild boar were among the treasures found at the first day of an archaeological dig at Portslade’s Old Manor House on Friday.

Persistent rain did not deter volunteers from Brighton and Hove Archaeological Society and Fresh Start Portslade embarking on the first ever dig at the scheduled ancient monument. 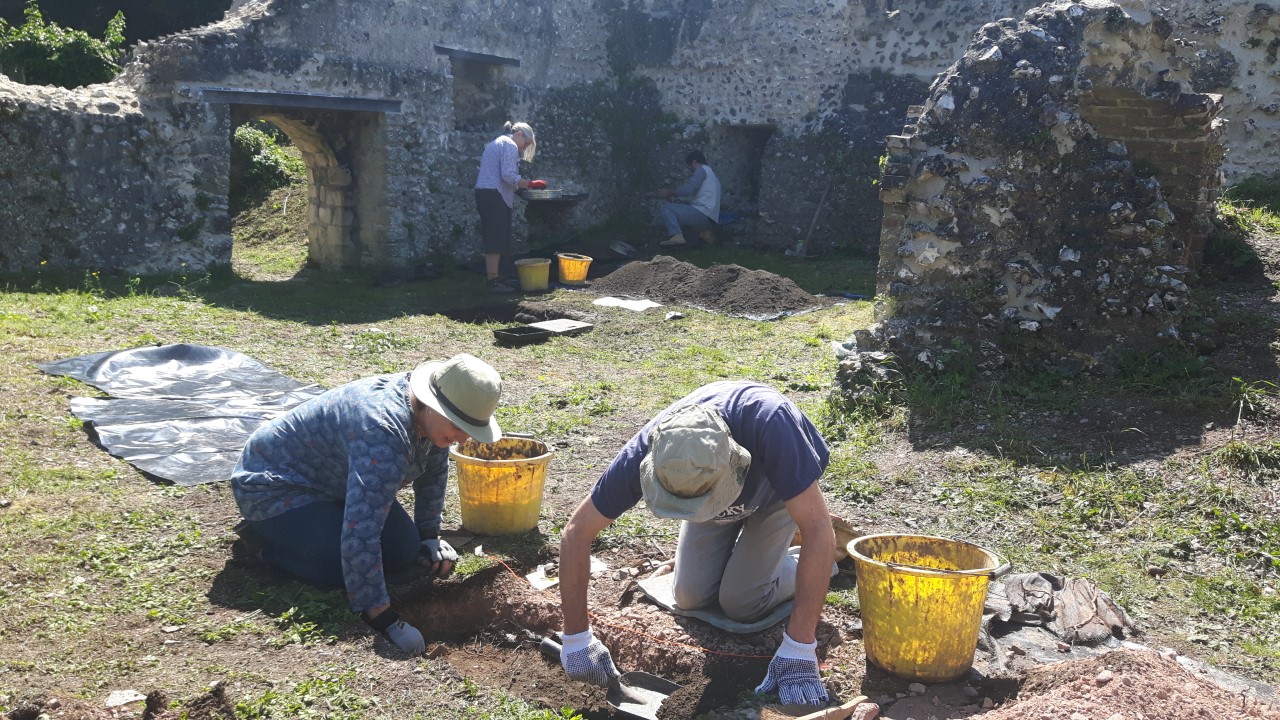 Councillor Robins said: “I am immensely proud of all the work that is being done to revive the history of these ancient ruins, which have been hidden away for so long with few people having any knowledge of their history.”

The dig came to a close late Saturday afternoon with excavations having shown potential to unearth some important finds at a future date.

Pete Tolhurst, the archaeology society’s field unit director, said: “We are delighted to work in partnership with Fresh Start on this unique community project.

“The seven test pits excavated revealed various features and a range of interesting finds. We have identified other areas for further investigation and hope to work with Fresh Start on these in the future.”

“We have also been working with local volunteers to create learning resources for adults and children alike, including the information boards that have been erected around the site and on-line educational packs for local schools.”

The manor house is tucked away behind St Nicolas Church and was built by Portslade’s Lord of the Manor in the 1130s. It was extended over the years, before falling into disrepair and was partly destroyed in the first half of the 1800s.

The ruins are a rare example of a Norman manor house and are of national importance.