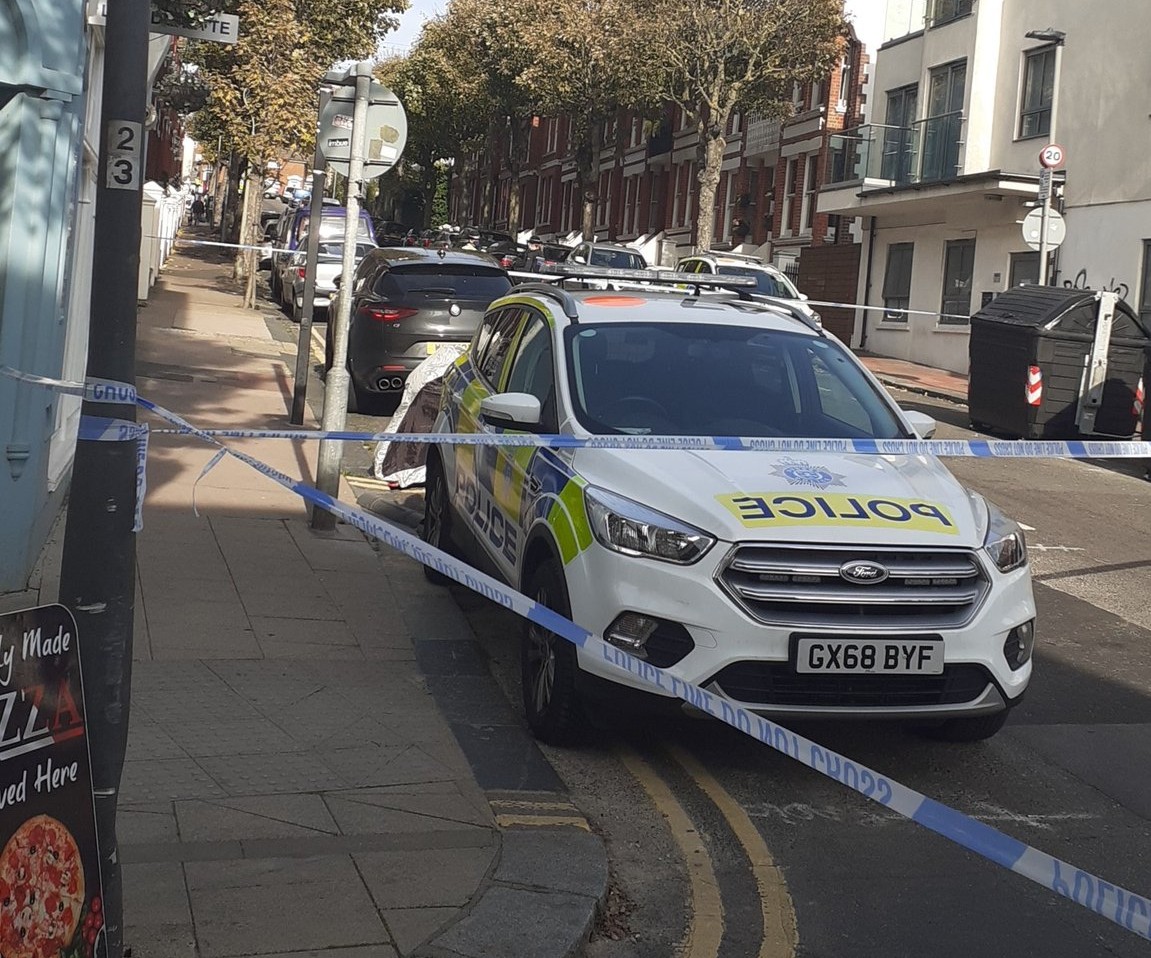 A teenager lied to police when she claimed she had forged home made bullets in a bid to stop her boyfriend going to prison, a jury heard this morning.

When Savanna Harby was arrested over a failed shooting in Kemp Town last October, she told police she had made the bullets herself in her hostel room using wet sand, a blowtorch and lead.

But the 19-year-old now says everything she said in the interview was a pack of lies, and the antique gun she said she’d bought for her dad had actually been given to her boyfriend, Kai Palmer, by Albanian drug dealers.

And she says she learnt about the method of making the bullets by quizzing Palmer, who she had been dating for about a month, before the pair were arrested.

Palmer has since pleaded guilty to several firearms charges and will be sentenced after Harby’s trial.

Taking the stand, Harby said she had first met Palmer when she was 16 and her now-estranged mother introduced them, but they had started dating last year after she bumped into him while going to the shops to get some milk for her nan.

She said: “I thought I was in love with him. I was head over heels for him and I didn’t want to lose him.”

She said she had met the victim, known to her as S Man, at a drugs house her mother had taken her to when she was 16 – one of many she had been taken to from a young age.

But other than passing him near Easy Hours on Grand Parade a year later, she had not met him again before 19 October, when he confronted her over her mother’s drug debts as she walked along St James’s Street with Palmer.

She said she was not aware Palmer had a gun on him, and that she hadn’t seen or touched it before.

They went into Rock Place, where an argument broke out, and she said she then saw something shiny in Palmer’s hand and heard a bang.

She said: “I believed it was a gun as soon as I heard that noise I turned around and decided to start running . . . I was in shock and I didn’t even want it to be true, what I was thinking in my head.”

The gun backfired, and the pair fled round the corner then got a taxi, first to her room in Gulliver’s Hotel in New Steine, and then she went to her sister’s for lunch while Palmer went to see his probation officer at Hollingbury Police Station.

When they returned to her room later that evening, she told him to get rid of the gun and that she didn’t want to be part of it, before storming off.

The gun was later found by police stashed on the roof within reach of her room’s window.

As the days went on, and the net closed in on them, she says she started interrogating Palmer as to where he had got the gun and the ammunition, which is when he told her how the bullets were made.

She said: “Three to four days straight, non-stop talking about everything. The things I forgot he said, I asked again. Now I was thinking this is serious, there’s no way that I’m going to get out of it and I may as well know what I’m implicated for.”

Her voice faltered as she told the jury: “I had such a hard life and I thought I had finally found someone.

“He had just got out of prison and he would go straight back. I thought I would lose him for good and I thought he would revert to his old ways, when I first met him.”

She said she would probably have killed herself if Palmer had gone to prison while she went free.

When asked how her DNA had ended up on the bullets, she said she had no idea.

However, she did say she had used the carrier bags the gun and bullets were found wrapped in to carry her laundry to her nan’s house.