The damp weather has placed dogs at greater risk from a deadly parasite called lungworm spread by slugs and snails.

It comes as vets fear that thousands of people who bought dogs during the coronavirus lockdowns may be unaware of the threat from lungworm.

And with the recent rain, experts believe that slug and snail activity could explode, placing dogs at risk in the garden, on walks and even by drinking from water bowls or puddles.

Dr Tolhurst, a behavioural ecologist at Brighton University, said: “The slime of slugs and snails can contain the infective lungworm parasite that can cause disease in dogs.

“With the unusually damp weather the UK has been experiencing this year, slugs and snails are more active, and lungworm larvae can survive for up to two weeks in their slime, potentially exposing dogs to the parasite.”

It suggested that 42 per cent of dog owners were not aware of what lungworm is or how it could infect dogs.

Elanco said that figures from animal welfare charities suggested that there was a recent surge in people buying pets as they looked for company during lockdown.

But vets were more concerned at the number of dogs without adequate protection. The poll revealed that only 21 per cent of dog owners surveyed had given their dog a lungworm preventative treatment in the past month.

Dogs can be infected with the potentially fatal parasite when they eat common slugs and snails in their garden or on walks.

They can also pick up lungworm while rummaging through undergrowth, eating grass, drinking from puddles or outdoor water bowls – or even picking it up from their toys.

Elanco cited the case of Bailey, a five-month-old retriever puppy, who had lungworm diagnosed last month after only being with his new family for a few months.

They were unaware of the need to prevent against lungworm. 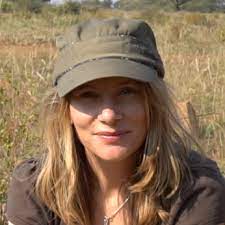 Bailey’s owner, Rachel Morris, from Surrey, said: “We had waited for a puppy for many years and lockdown has meant this was actually possible. We had never heard of lungworm.

“Bailey was always playing out in the garden and we had never seen him eat any slugs or snails but he did like to chew grass.

“And, unfortunately, we now know that lungworm can even come from licking a snail’s trail from grass, toys and or bowls left outside.”

Anne Nelson, the senior veterinary surgeon who treated the puppy, said: “When Bailey came into the practice on Friday 14 May, he was not presenting with the usual clinical signs we associate with lungworm, such as coughing, weight loss or a change in behaviour.

“Bailey was rushed back to us the following day, when we diagnosed lungworm and referred him to a specialist for vital care.

“Despite our best efforts, Bailey sadly passed away the next day as the lungworm infection had become too significant for his body to recover from.” 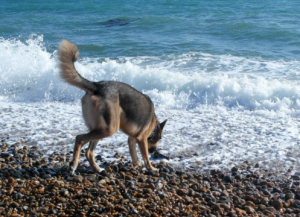 Vets are warning that the signs of lungworm are not always obvious – and puppies can be especially likely to eat slugs and snails because of their inquisitive nature.

The infection is much easier to prevent than it is to cure, experts said, with Elanco urging owners to “open your eyes to deadly lungworm” and warning owners of the effect that parasite can have on their dogs.

Another vet, Luke Gamble, said: “I care passionately about this campaign because so many dog owners are unaware of the dangers of lungworm.

“The key thing is understanding that over-the-counter medications can’t protect dogs against lungworm, so it’s vital owners speak to their vet to make sure their dog is continuously protected.”

Lungworm has been spreading in Britain, with 2,871 cases reported across the country, according to Elanco’s “lungworm map”, which pet owners can use to check how many cases are in their area.

The online survey was conducted by YouGov. The total sample size was 2,003 adults of which 535 were dog owners – and fieldwork was undertaken between on Wednesday 2 June and Thursday 3 June.