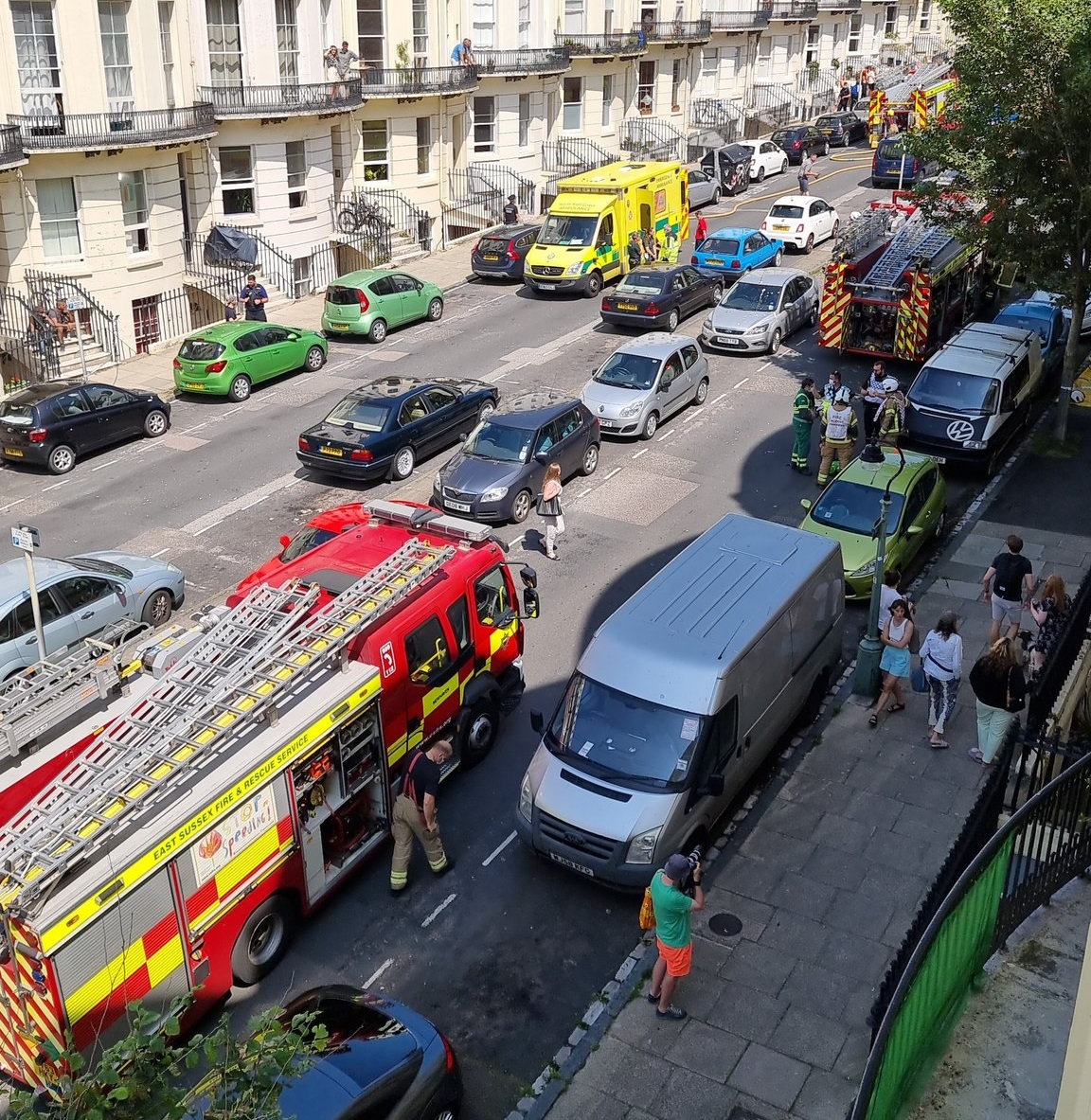 A fire investigation is to take place later today after a major blaze at a home in Brunswick Place.

At its height, eight fire engines from across Sussex tackled the fire, which closed the Hove road for several hours.

East Sussex Fire and Rescue warned people to avoid the area, and clouds of smoke billowing into the air could be seen for miles around.

As of 3.30pm, the response was being scaled down and an emergency planning officer was on the scene to assist residents.

The blaze was confined to one house.

East Sussex Fire and Rescue said: “The incident at Brunswick Place is now being scaled down. A fire investigation is due to take place later today.

“An emergency planning officer is on scene assisting affected residents.

“Thank you to all those who assisted us in tackling this fire.”

A spokesman for Brighton and Hove City Council said: “Council staff attended to check on the housing needs of the residents.

“All residents said they were planning to make their own arrangements for temporary accommodation. We have given contact details for our homeless team to those residents who felt they might need them.

“Staff from our emergency planning team were also in attendance to help coordinate the multi-agency response, which also included the fire service, the police and UK Power Networks.”